Everybody knows that mustangs are horses which have become wild. Big herds of those used to live in the American prairies. Horses can survive in the wild in much more severe climate, for example, in the Russian Far East. In 2001 I met two nice looking dark horses at the spit near the Sea of Japan, at the mouth of the Koppi River near Sovgavan. The horses did not let me to approach, and in general were behaving watchfully. The local fishermen had told me that this couple lives here already for some years. Their owners, geologists, had gone long ago, and the horses still live at the meadow between the forest and the Sea of Japan. 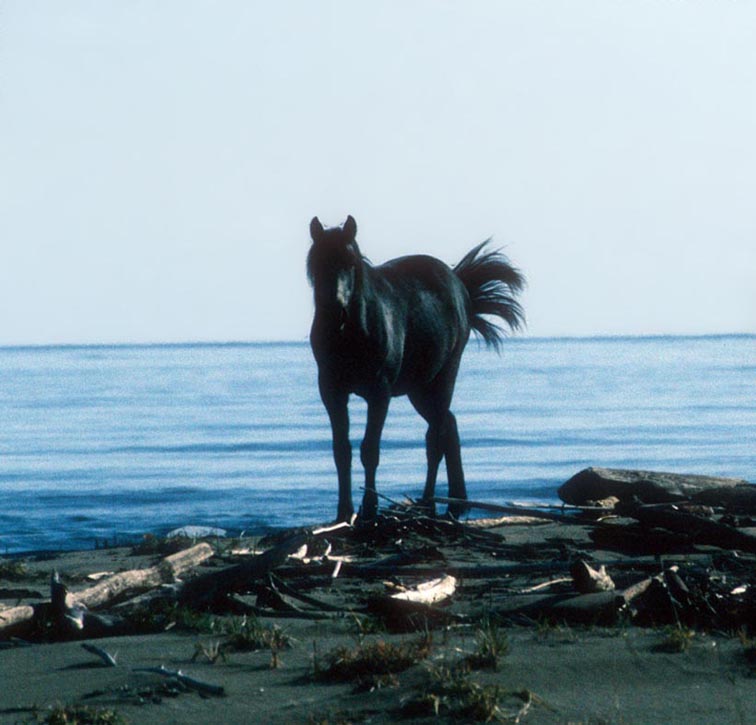 The «wild» horses at the Sea of Japan

Sakhalin Island looks like an enormous sturgeon: it has the nose (Shmidt Peninsula) directed north, wide opened mouth (Sakhalinskiy Bay), long and sharp dorsal fin in the east (Terpeniya Peninsula). The tail of the fish is almost reaching Japan. The western blade of this caudal fin is named Krillion Peninsula. Here I met the Sakhalin mustangs. A few horses were living for many years near an abandoned settlement at the mouth of the Naychi River. In June, when is this picture was shot, the horses feel good, but how do they survive the long Sakhalin winter, when the island is heaped up by deep snows? 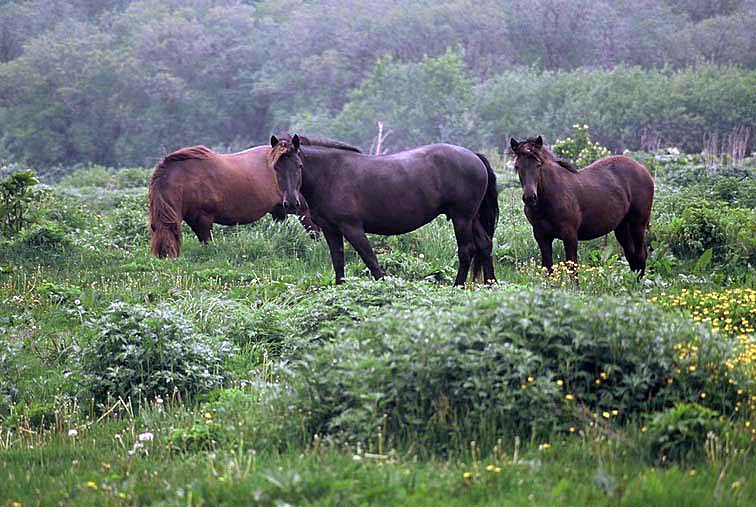 The horses at the Naichi River, Sakhalin Island.

Into the tundra of north-western Kamchatka the horses got not by chance. Someone suggested use them for herding the reindeer, and the idea appeared successful. The Yakut breed of horses feel fine in a strange climate — not as harsh as in Yakutia, but windy and damp. The whole year round they graze in tundra without every care or additional feeding. 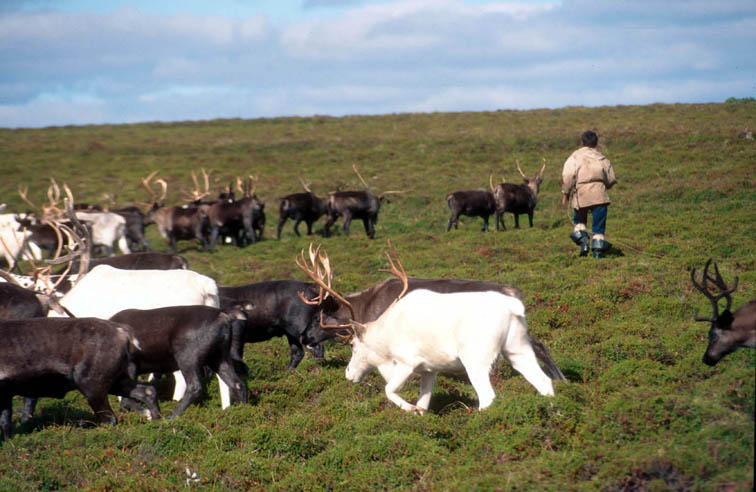 Traditionally the Koryaks were herding their reindeer on foot or from the sled.

The Koryak reindeer herders have mastered a new mean of transportation. It is much easier to work with the semi-wild herds from the horseback than on foot. 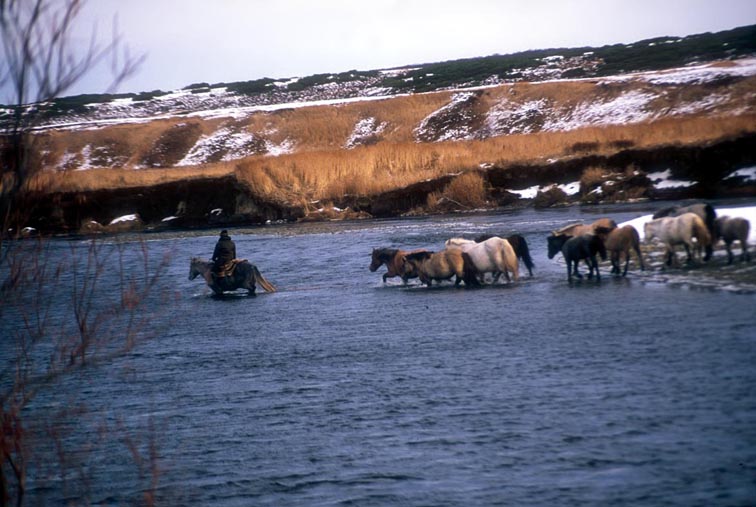 Late autumn; the horses are crossing the freezing Utkholok River 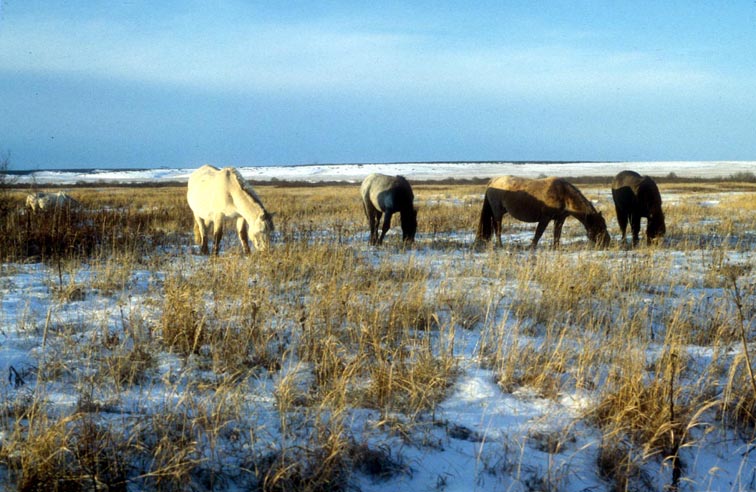 It is not Wyoming, and not Mongolia. The Yakut horses graze in tundra of western Kamchatka. 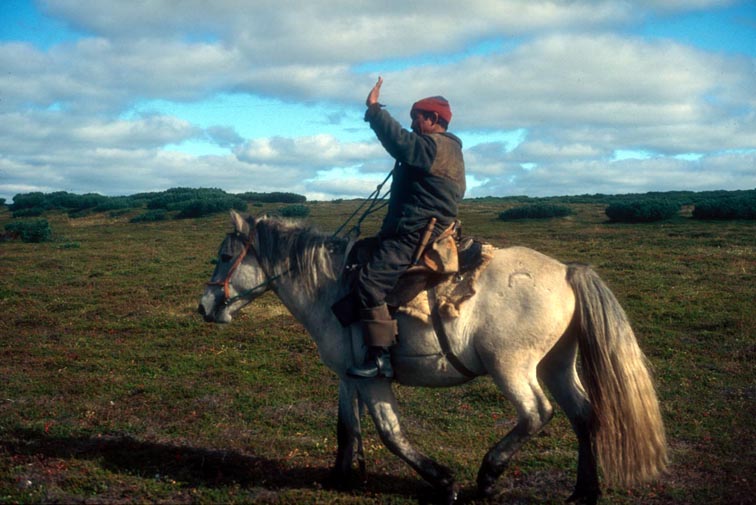 Some of the native Koryak reindeer herders now ride horses as well as the Mongols. Now we could call them deer-boys.