Amur River has the most diverse fish fauna in Russia. The fish fauna of the drainage number as many as 135 fish species! In the list of the local fish there is also a relative to the walleye, the European pike-perch (zander). This is not a native fish — it was stocked into the Khanka Lake in nineteen sixties. By the way, Khanka is the fifth biggest lake in Russia.

Since that time the zander had become numerous in the huge lake, and is now reproducing here without any help of the humans. The lake outlet, the Sungacha River, allows the zander to go downstream into Ussuri River, and from there — into the Amur. Some fish are making this trip and are caught in the Amur near Khabarovsk. This is happening for long time, but the numbers of the walleye are not growing — the species is still considered very rare. Last summer, when I was fishing near Khabarobvsk, I had found at the bank a strange fish; it was a namely a zander. 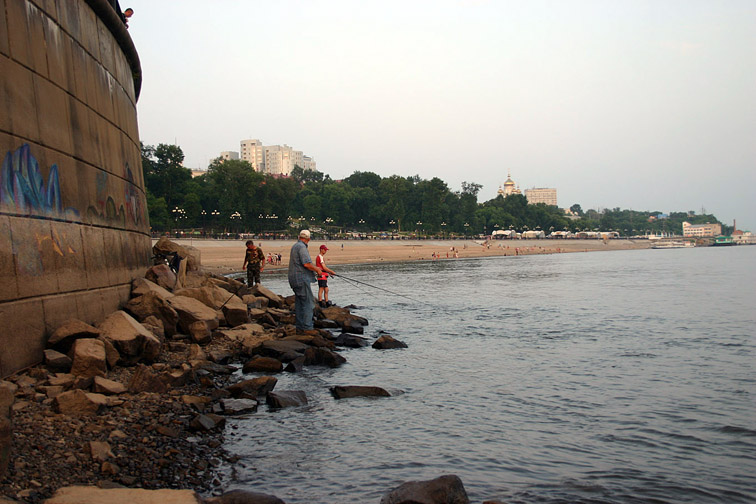 Amur River in the city park of Khabarovsk. This point is attracting lots of fishermen. The main flow of the river is passing a rocky bank and forms a huge hole with a back-current. Here you can catch different predators. What is the cause that such a well-adapted fish as the European zander could not fit into the local ecosystem? For instance, after stocking inещ the Issyk-Kul Lake in Kyrgyzstan it is growing and reproducing well. The species had adapted itself to the ecosystem of the Balkhash Lake in the Central Asia; after the stocking the numbers of the local predator, the Balkhash perch, had drastically decreased. In the Khanka Lake it is also feeling well, regardless to the fact that here there are many local predators such as catfish, pike, skygazer, Mandarin bass, etc.). In the big, rich on small fish Khanka Lake the zander do well, but in the Amur River something is wrong for the species. In the main river it is still a rare fish. In one of the sources of the Amur, Shilka River, the yellow perch is very common, but it is absent in the middle and lower reaches of the drainage. What is the cause? Probably, the competition with the numerous and diverse local predators. 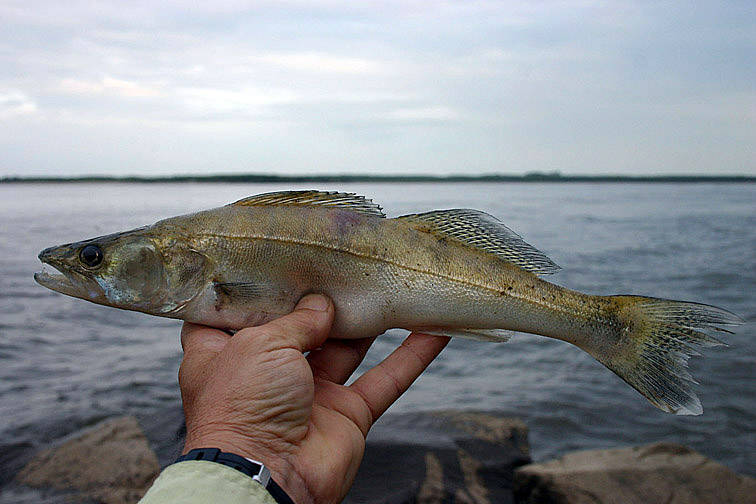 By the way, in the Amur River drainage the true walleye is also present. It is found in the biggest tributary to Amur — the Sungary River, at the territory of China. It was stocked into the local ponds and lakes for the purposes of the aquaculture. From the ponds the fish can get into the rivers, all of which drain into the Amur. Probably, some time it will be caught in the main Amur.