Irkutsk with its population of almost 600 000 is one of the oldest Siberian cities (founded in 1661). The city is situated at the mighty and clear Angara River 60 km downstream from its outlet out of the famous Lake Baikal. The city has a long tradition of fishing with flies both in winter and summer. The most common open-water tackle is «balda» — a drift tackle with a big bobber and several flies on tippets tied above a heavy sinker. The lower parts of these tippets are made out of thin steel wire. The current is dragging the sinker along the pebble bottom, which makes the flies wiggle in the water. Another local tradition is fishing with the flies through the ice.

On April 20 and 21 we were working on the casting at a gravel bar in downtown of the city. On April 22 there was a fly-tying lesson. 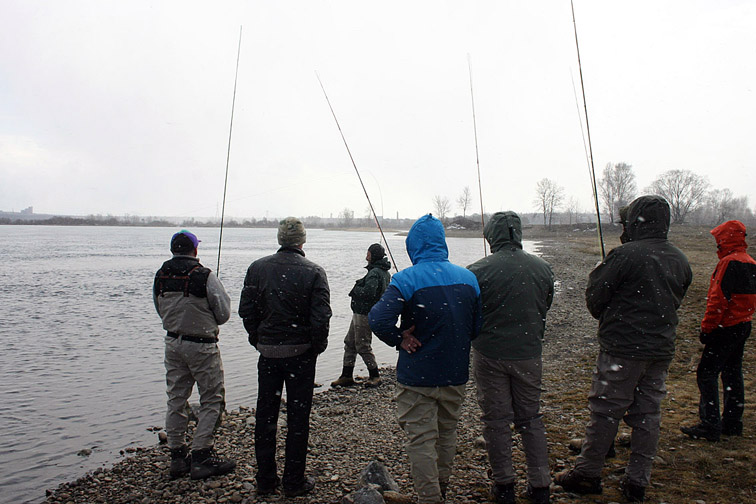 On April 20 the snow clouds were passing over the river, but you can not scare the flyfishing fanatics with such a «small fry»...

The main topics of the first two days at the water were the spey-casting with a single-handed rod, practice of fishing with dry fly, streamer, nymph, and wobbler-fly. We have also worked on the fine-tuning of different types of the wobbler-flies. 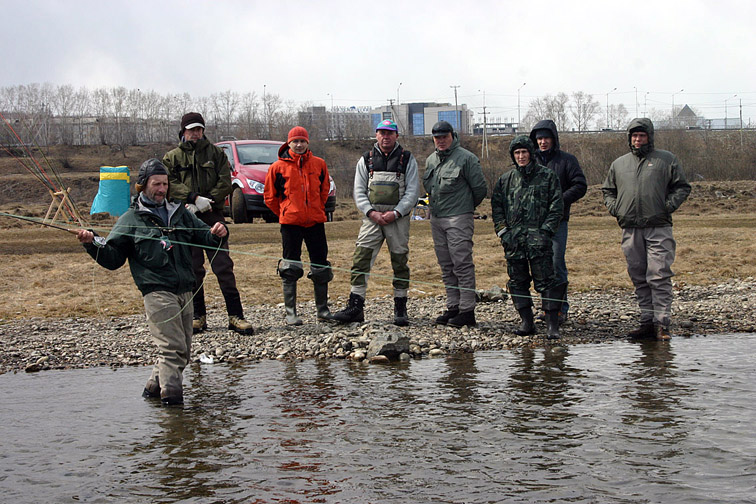 The main topic at the water was the spey-casting with a single-handed rod. 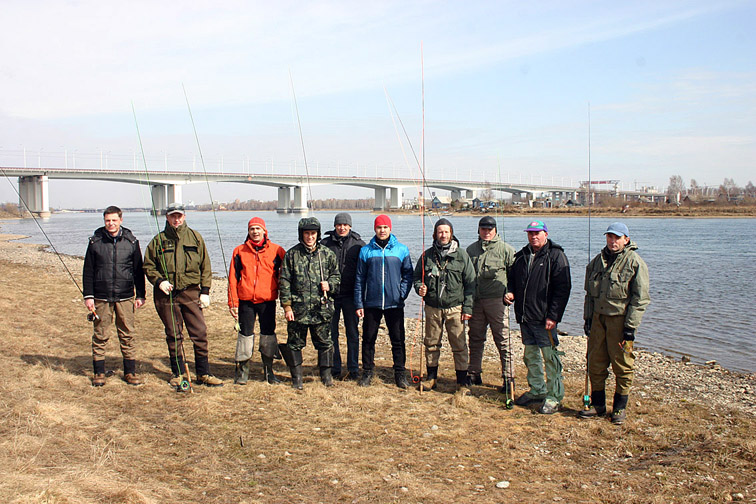 The seminar had about 10 participants. 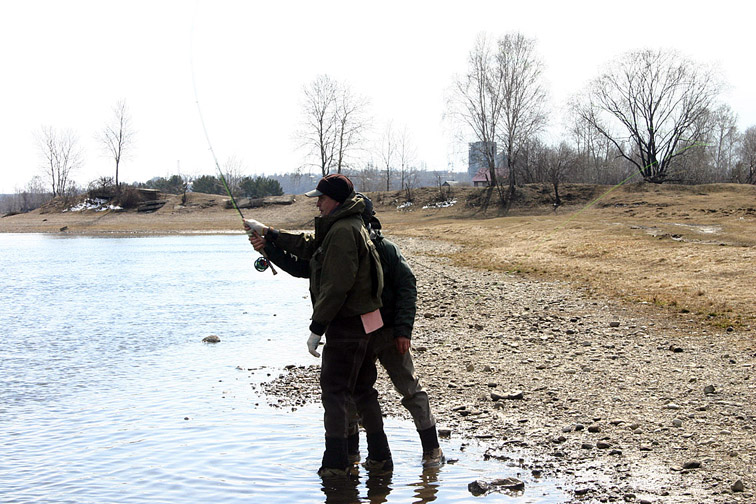 The most complicated element of the single-handed spey-cast is the forward stroke — the «push» of the line. It could be easier to understand what to do if the teacher is also holding the rod. 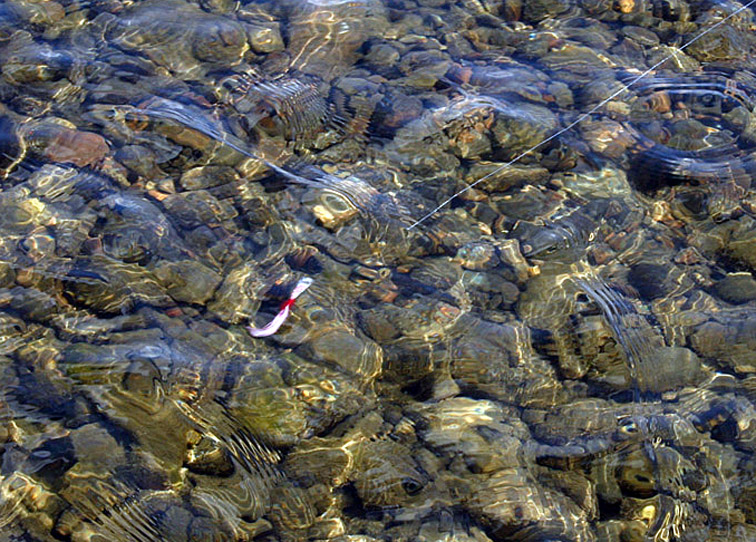 The fine-tuning of a wobbler-fly can be tricky.

On the last day we were working on the tying of some non-standard flies. All participants were «forced» to use the 0,1 mm mono line instead of the tying thread. We had time to learn 3 different articulated flies (streamer, stonefly, and sculpin), two waking flies (Skating Caddis and Lenkovka), and three different wobbler-flies, plus an Intruder. 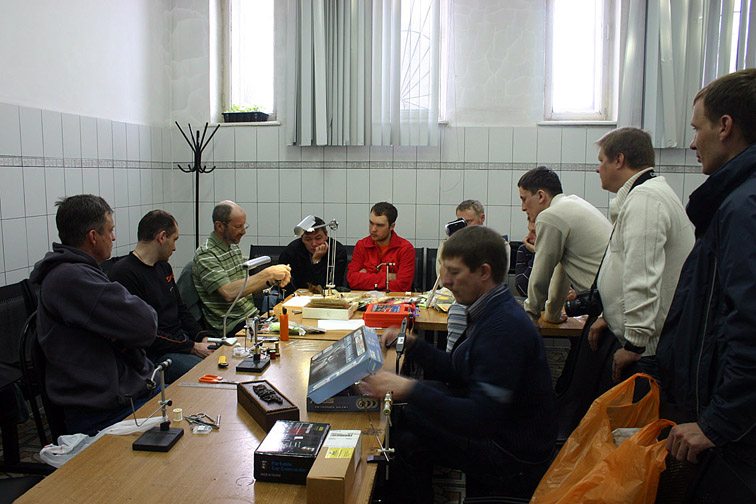 On the third day a mighty snow-storm had covered the city. By that time we had finished the outdoors part of the seminar, and had a fly-tying lesson. 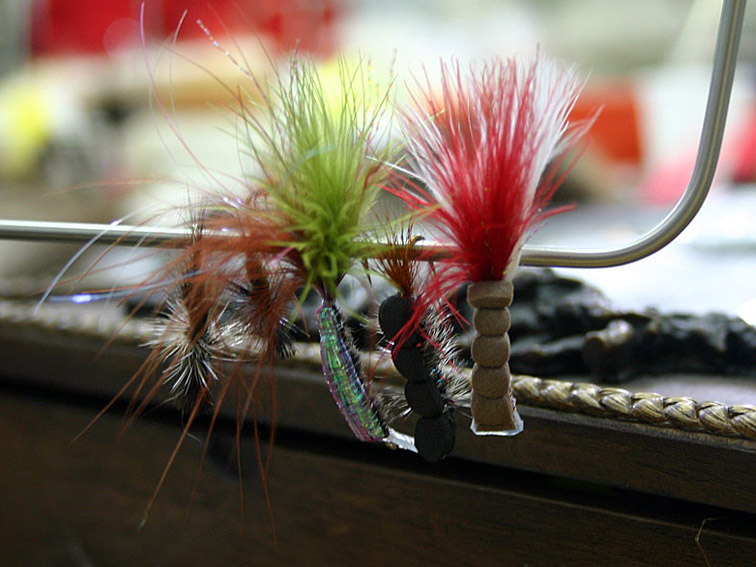 Some of the flies which we had worked on. 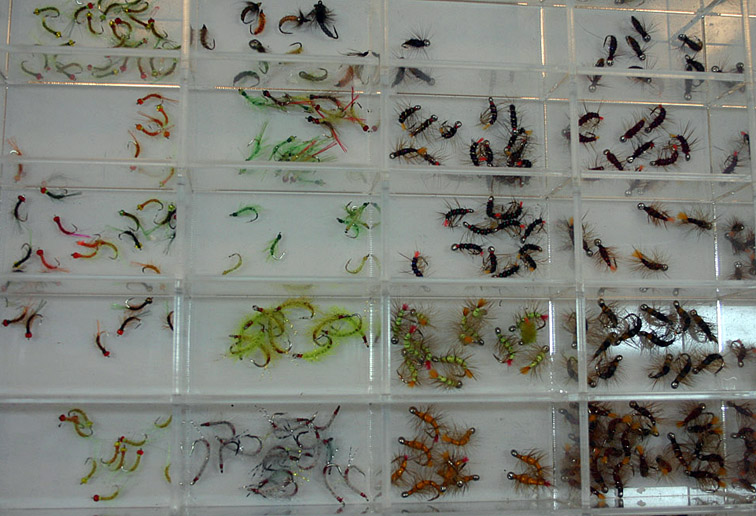 These are some local Irkutsk flies for summer and winter fishing. These flies are used mostly for grayling and Arctic cisco. 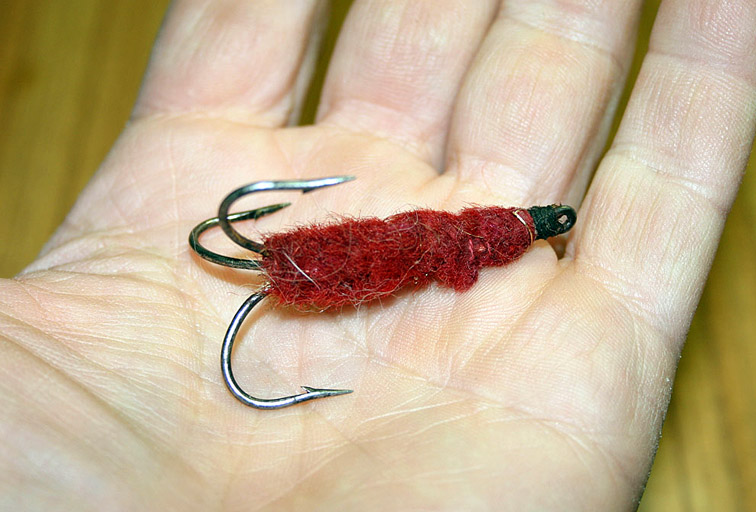 These monster flies were used for drift-fishing for lenok and taimen long ago. This specimen was tied around the 1960. 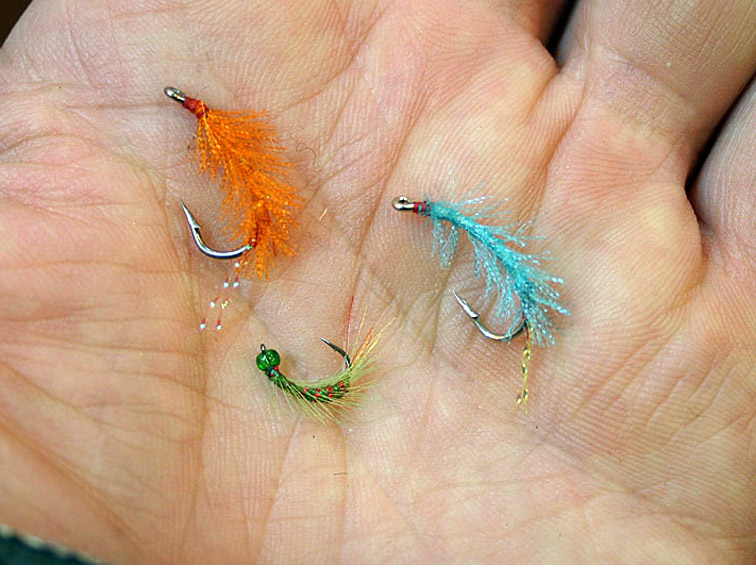 Some more flies for the Arctic cisco. 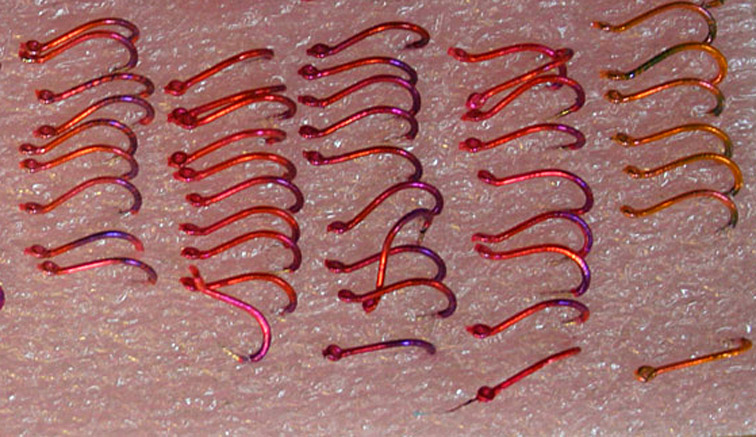 This is so called «rubber» — flies out of clear plastic tubing. The tubing is dyed into a very special ruby color and set at the hook. Some fishermen use it for grayling in the Angara River during the whole year. The flies are used with a drift tackle with a big bobber and several flies on tippets tied above a heavy sinker. 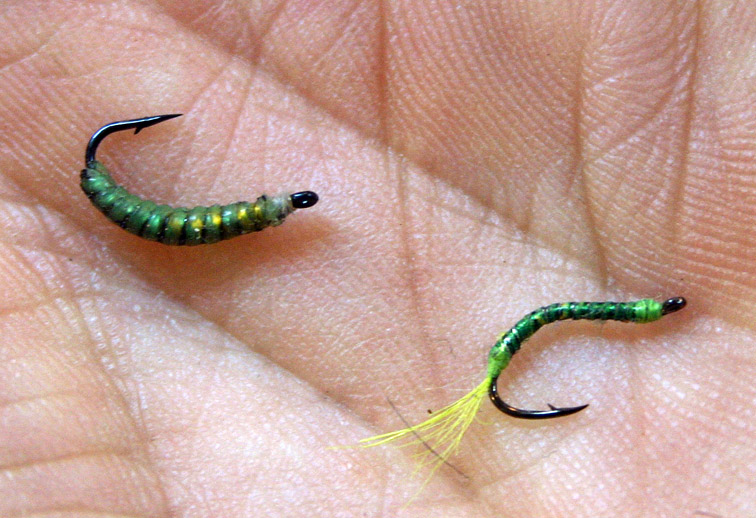 Two more winter flies for the Arctic cisco made out of a thin strip of an aluminum beer can. 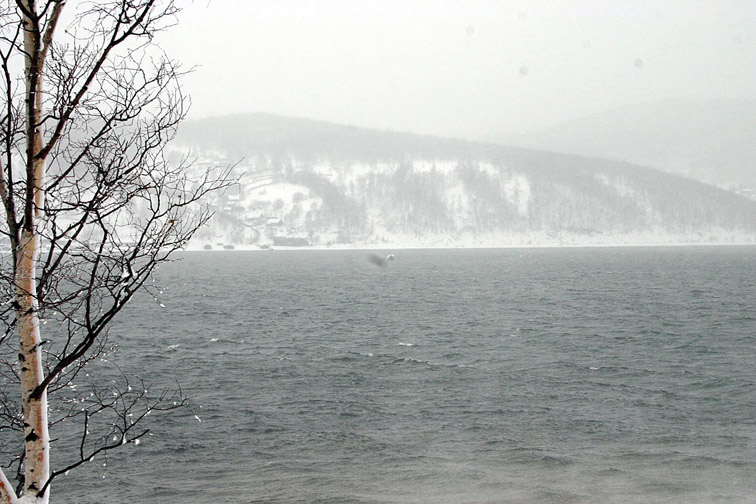