Nabilski Bay is located on the northeast coast of the Sakhalin Island. Several rivers drain into the bay, the largest of which is the Nabil River. This is a very productive shallow bay with mixed fish fauna - here live marine, brackish-water, and anadromous species. 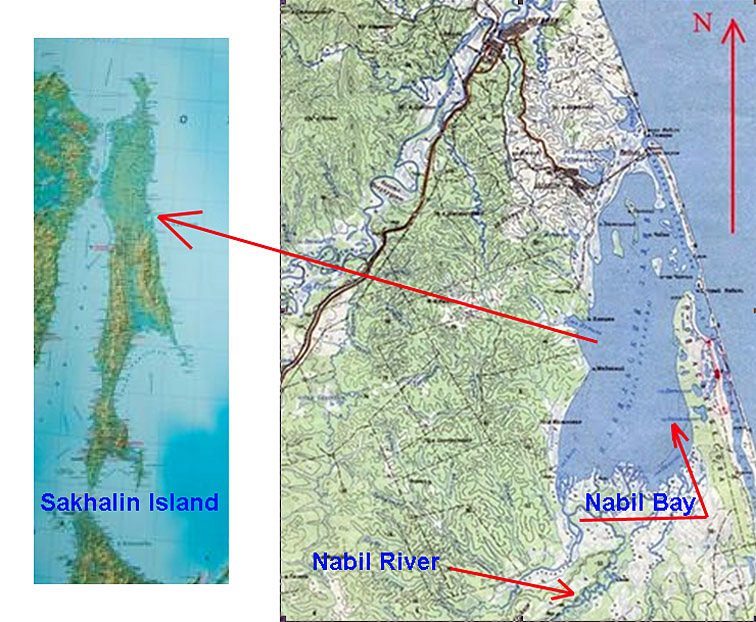 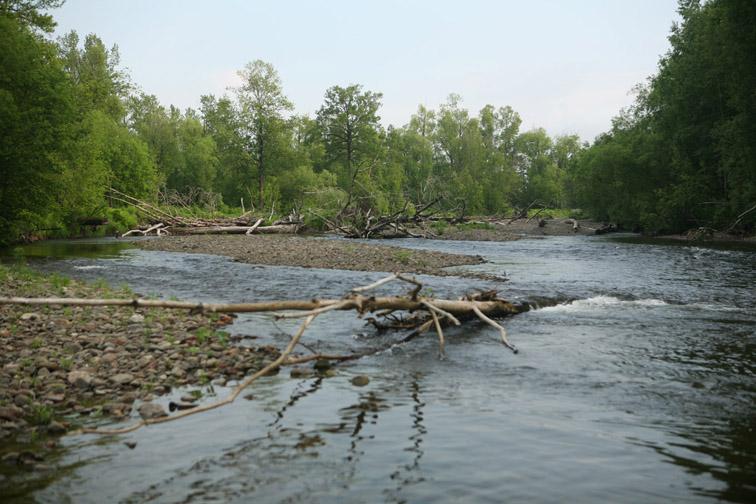 We started out float from the “lower” bridge. The distance from here to the sea is 60 km along the river. The river has many log jams. 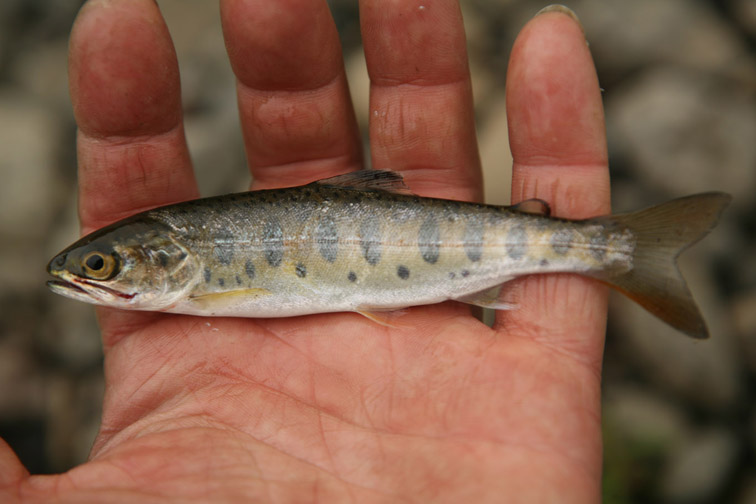 A small cherry salmon, probably, a dwarf male of the species 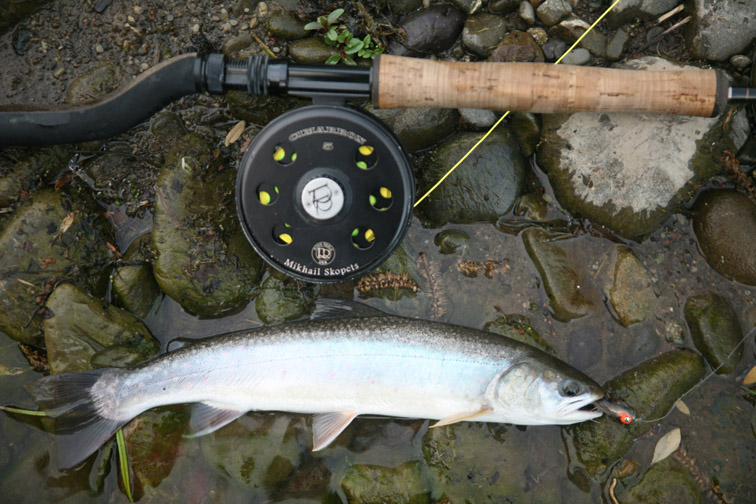 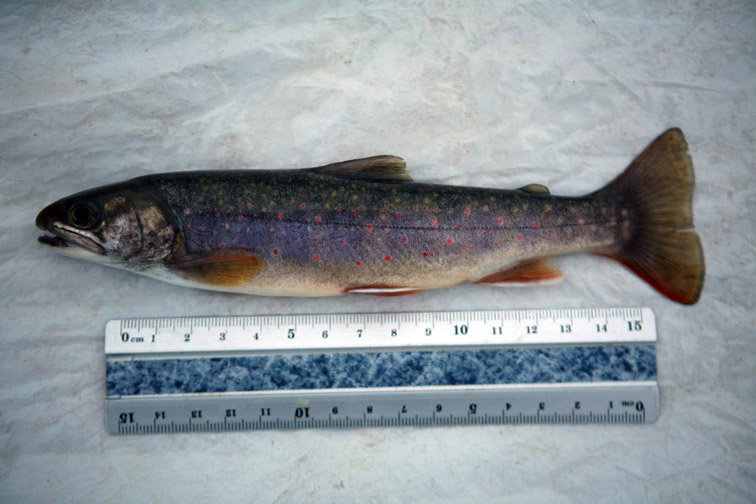 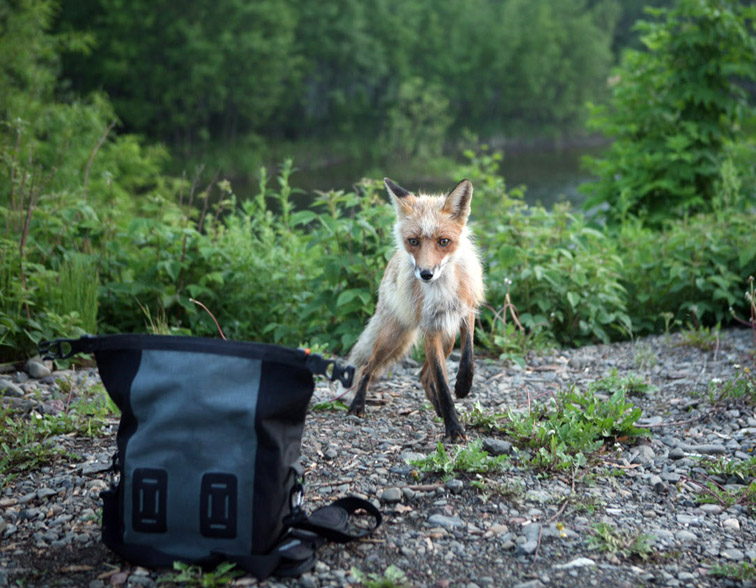 A fox is interested to know the type of my camera 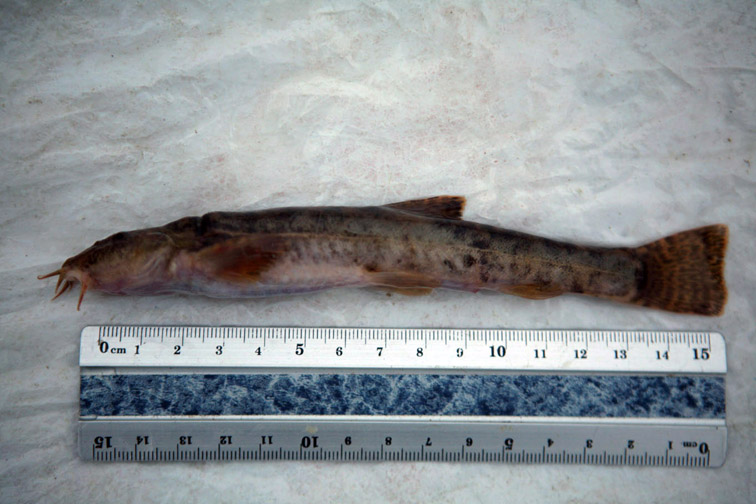 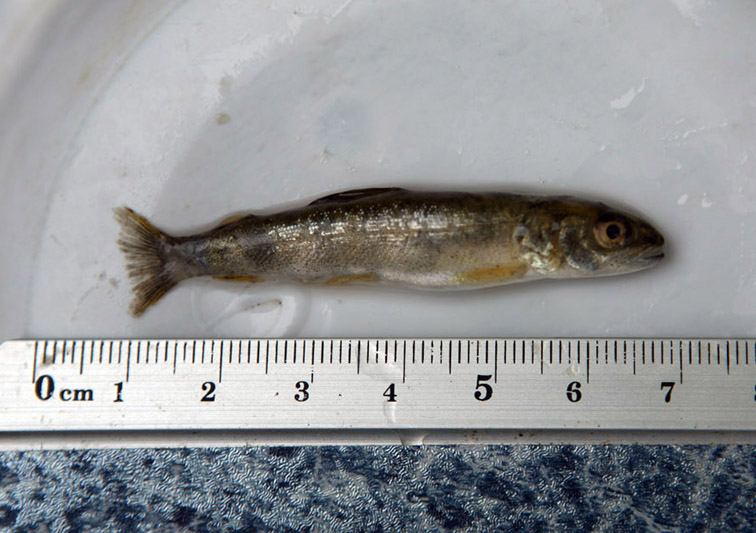 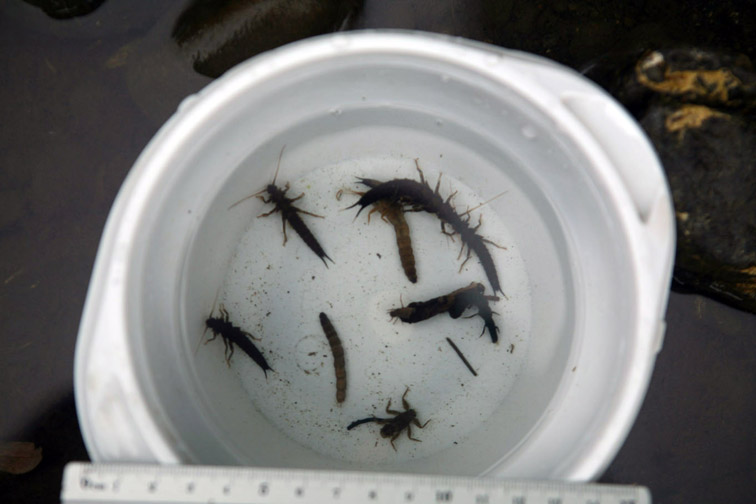 Benthos of the middle reaches of the Nabil 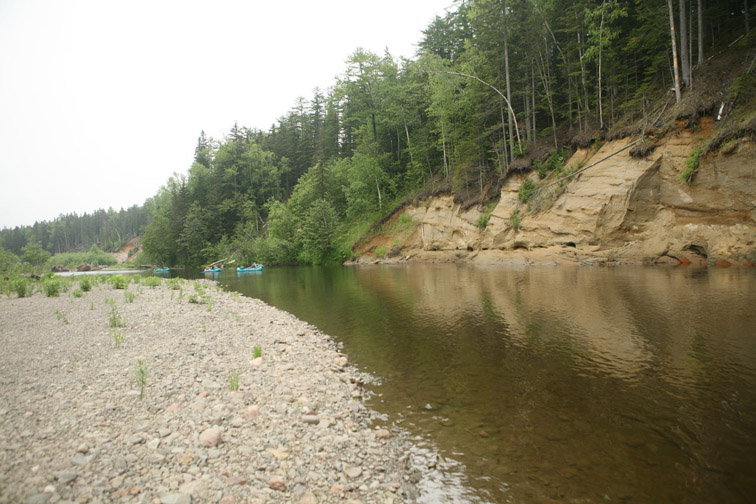 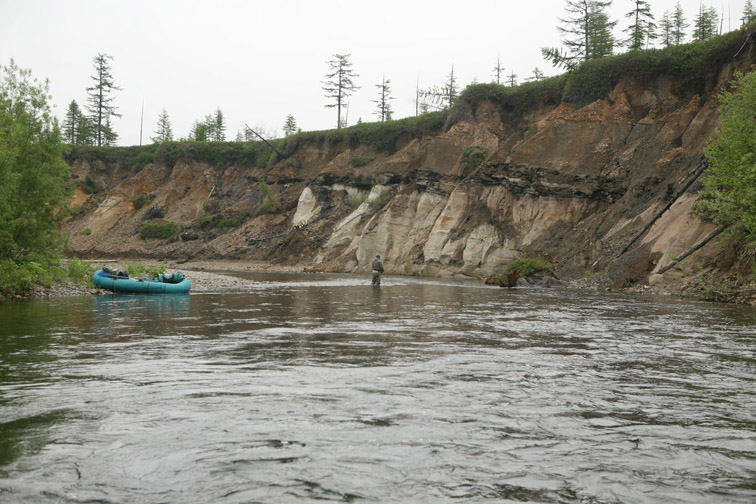 On the way to the Sea of Okhotsk 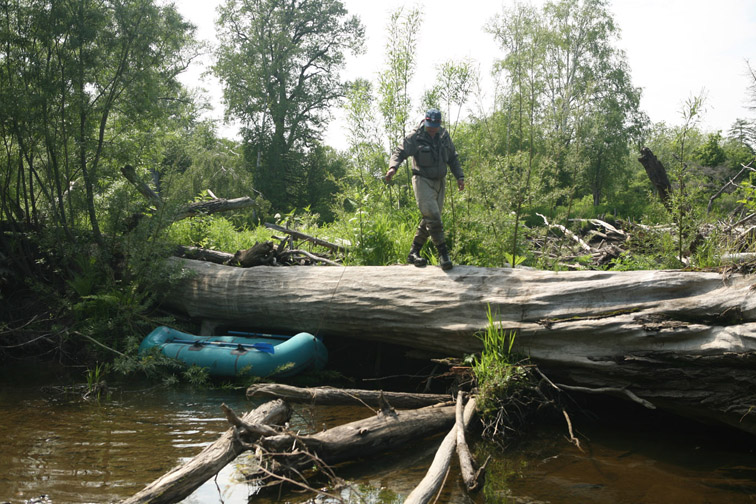 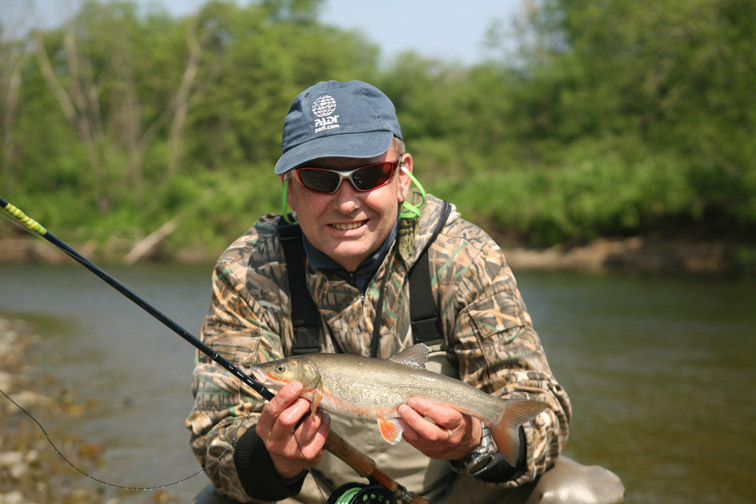 Igor has caught a redfin 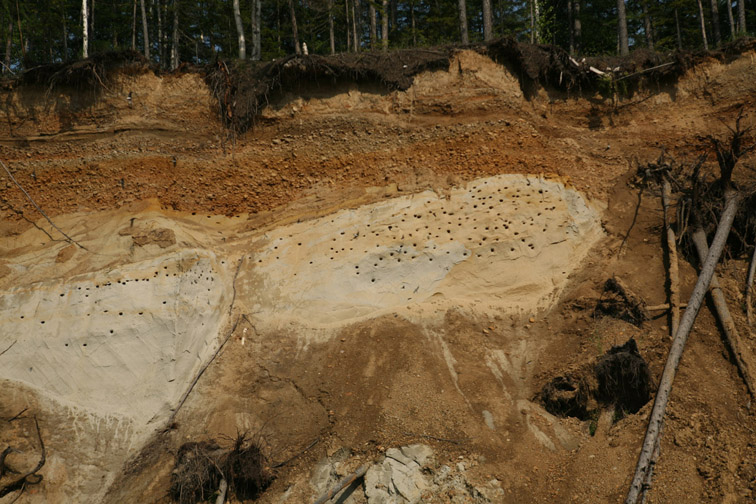 Nesting area of the swalows 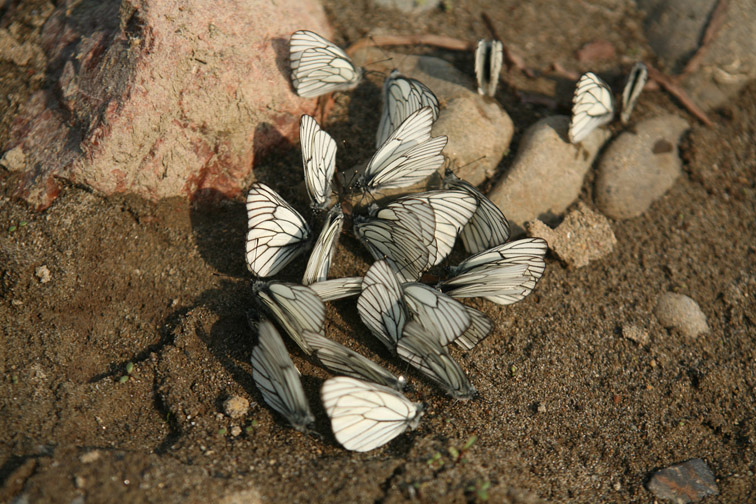 Today there are many butterflies at the river