It is considered top sport to catch a big fish with light tackle, thin line and small hook. Sometimes wrong things are happening — with a serious tackle one is catching something small, or very small. Some fish from our catches fit a matchbox with only a tail sticking out. 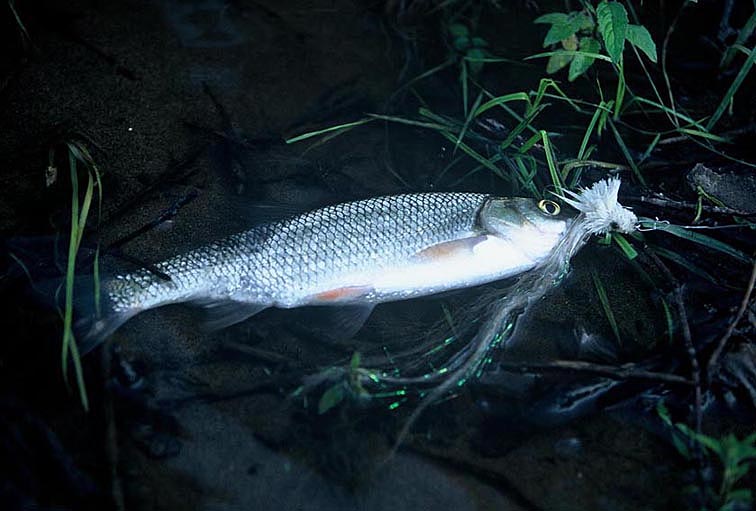 In the Manoma River the Amur ide is often caught with spinners and streamers. The most greedy ide had grabbed a big pike fly, 20 cm long Mega-Diver. 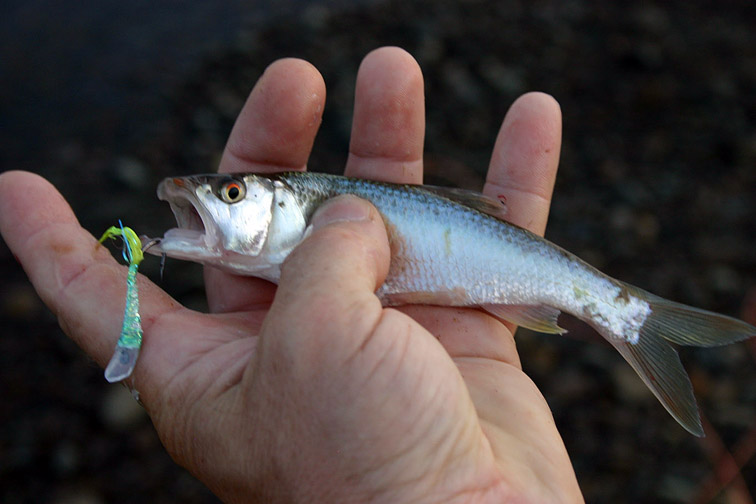 Three-lip is a little predator; its weight only rarely exceeds Nevertheless, this quick fish is often caught with big streamers and spinning lures. 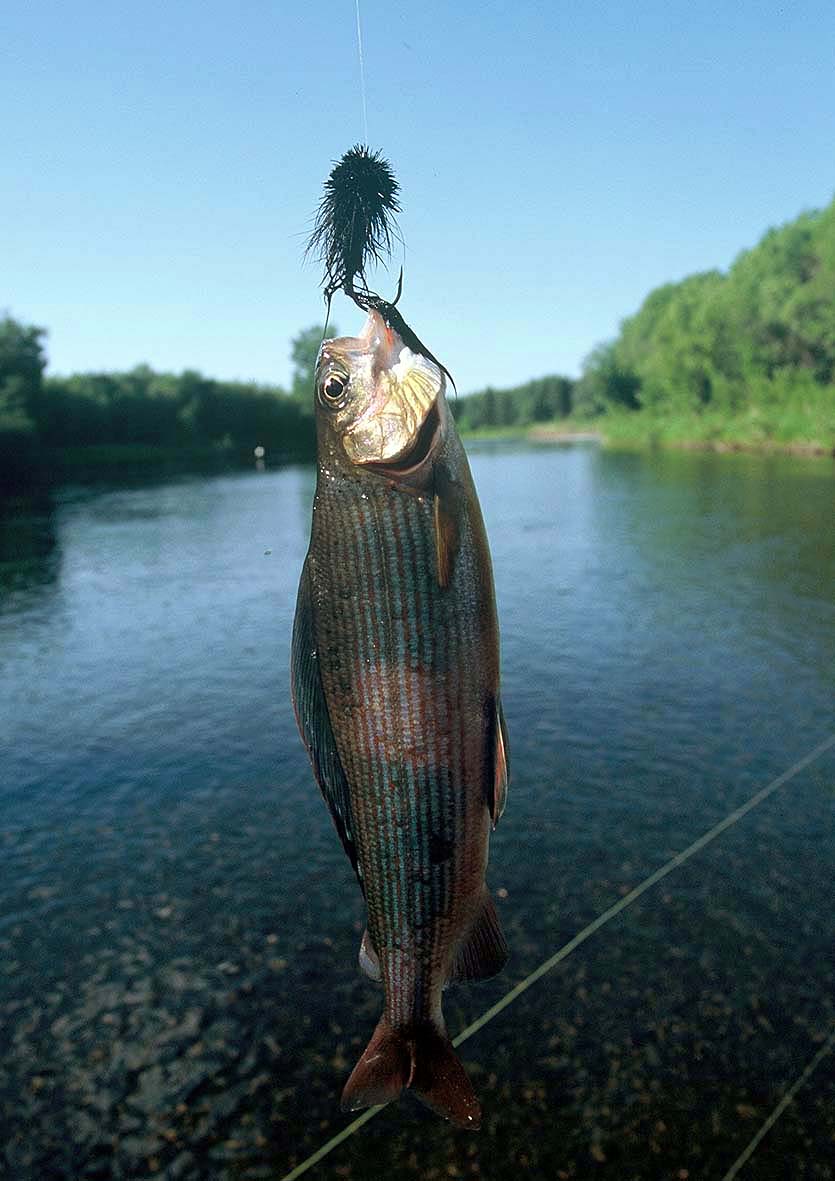 Amur grayling has rather big mouth. This fish is often caught with the flies which are way too big for the Siberian grayling of the same size.

It is especially funny when a minnow or other «peaceful» fish considers oneself a mighty predator and tries to kill a fly or lure as big as its own body. 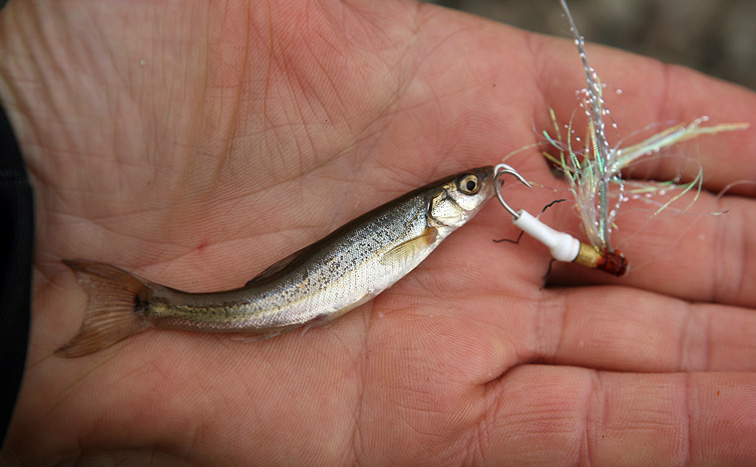 The minnows in the Amur River drainage are often caught with the flies «unsuitable» for these little fish. 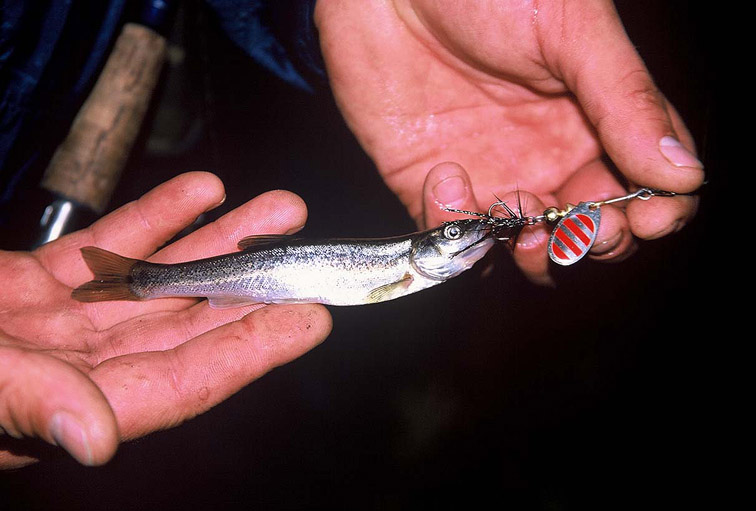 The minnows can strike the spinners as well (Lagovski’s minnow, the biggest minnow species of the Amur River). 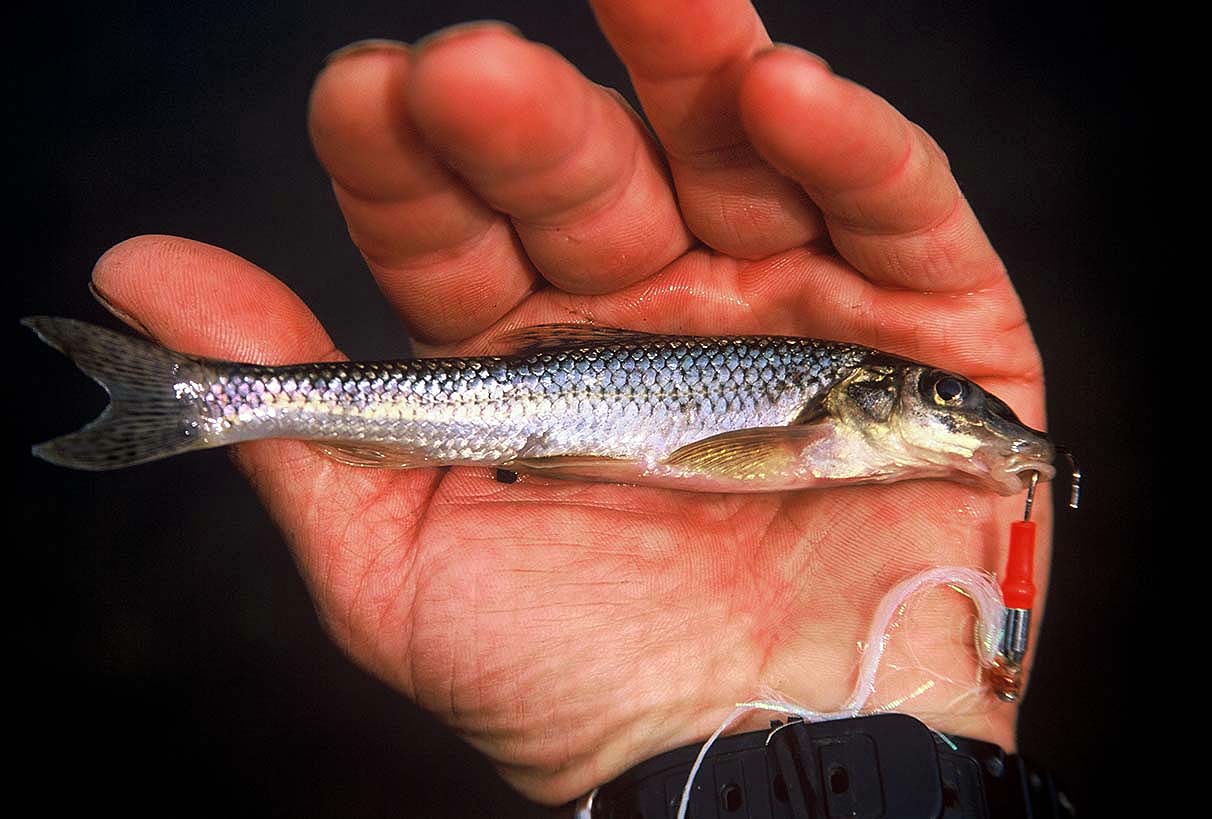 In the same Manoma River even gobio can be a predator. This one was caught with a weighted streamer with which I was fishing for the flathead asp.

However in some cases it is not an attempt to eat your lure, but just territorial behavior — a try to chase it from the personal space. 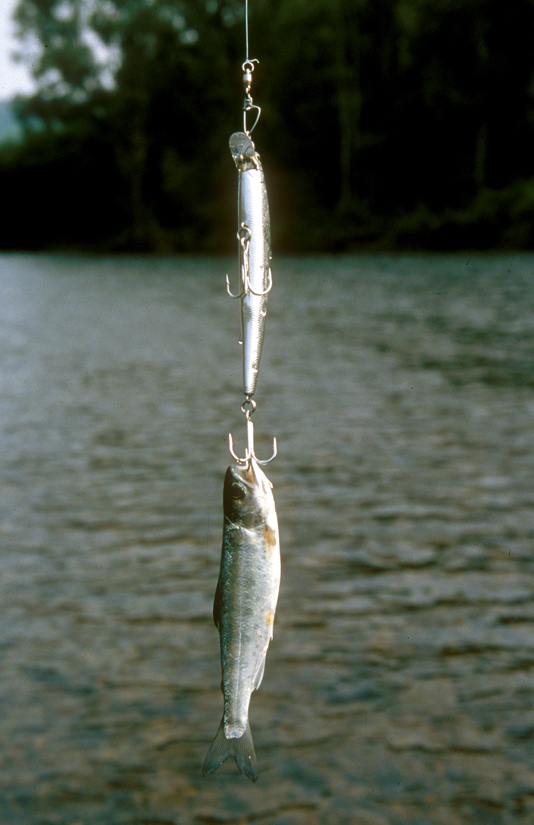 Cherry salmon parr which is caught with a plug of the same size. The little fish was surely trying to chase the fish-like lure away. 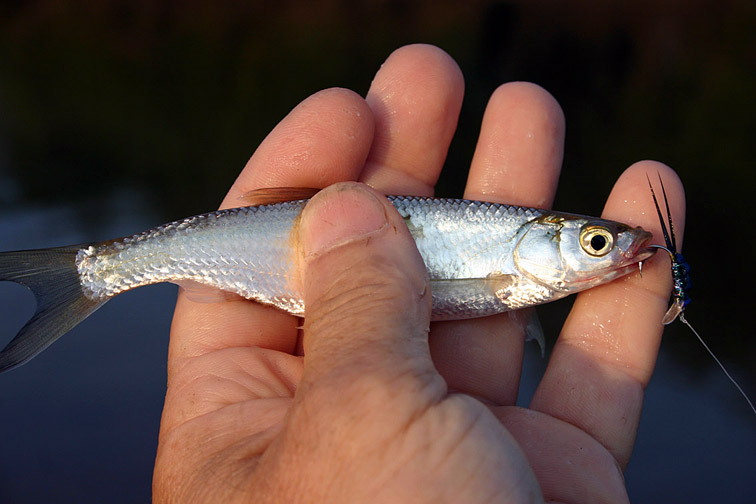 The sawbelly (Amur River) looks like a bleak, but it is often caught with little streamers or wobbler-flies.