The last 10 days of June I managed to visit the Tugur River again. We fished on the rivers Konin, Munikan and in the upper part of the Tugur, below the confluence of the rivers Konin and Assyni. When we appeared on the river, the water was quite high, but its level was decreasing every day. The activity of the fish was increasing. We were fishing only with flies, using two-handed rods with sinking lines. The Tugur taimen differs from the fish from many other rivers in that it is very rarely caught on the surface lures & flies.

During this trip, several large fish were caught on the fly, including a record taimen weighing 32.4 kilograms. This fish has already been approved by IGFA as a new world record. 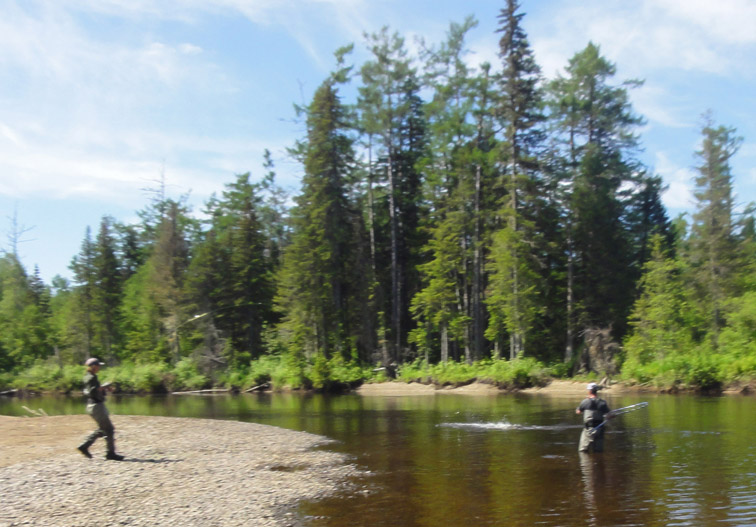 Taimen is on! The guide is ready with a net. 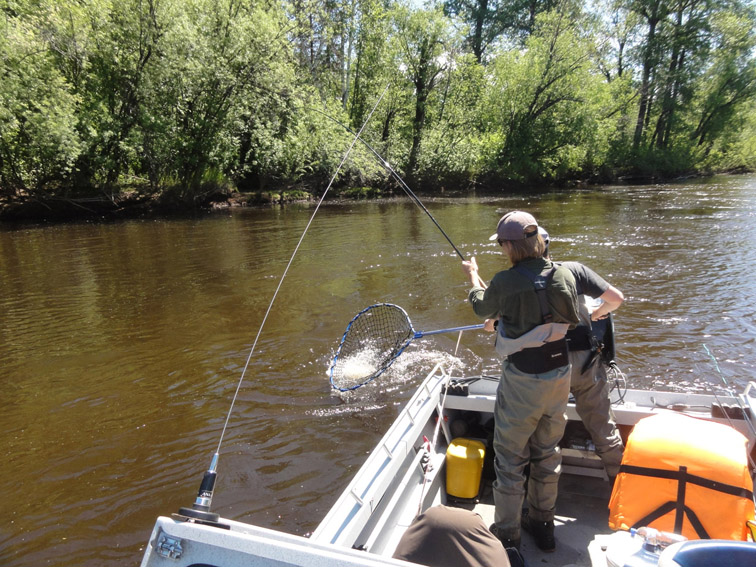 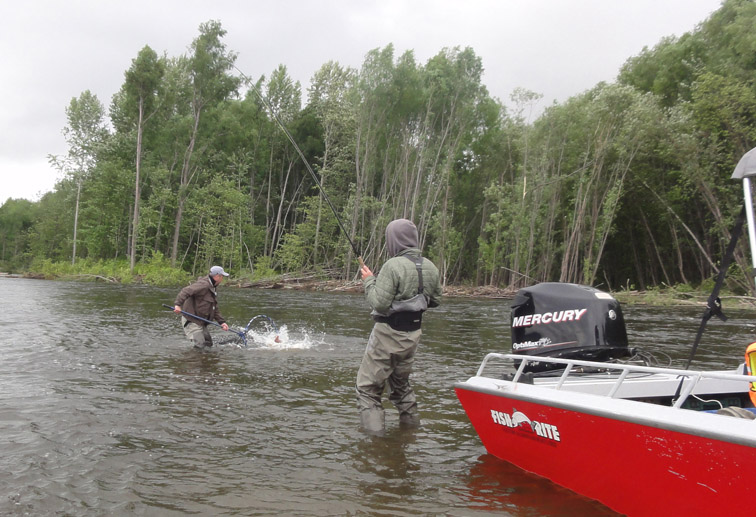 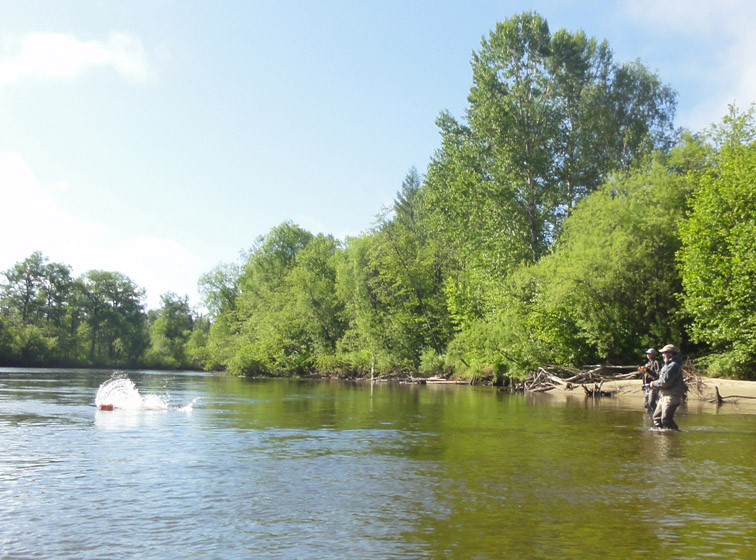 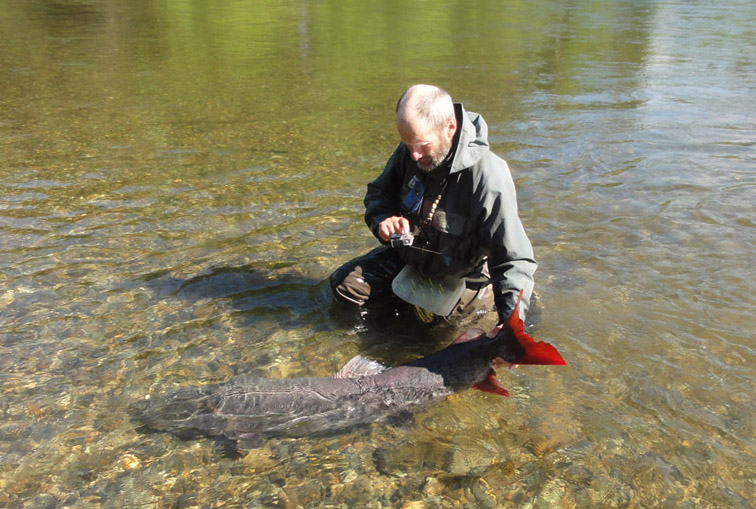 * A fish 145 cm long weighed only 30 kilograms; in the fall such a taimen is usually heavier by 5 to 10 kilograms* 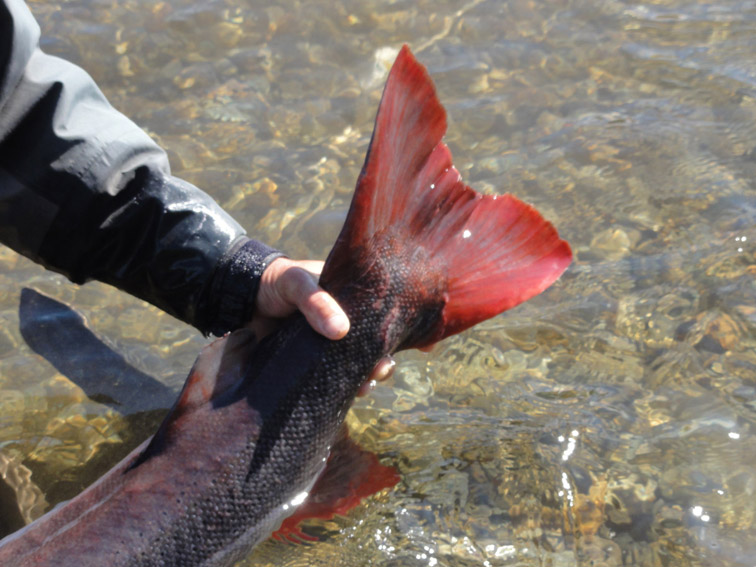 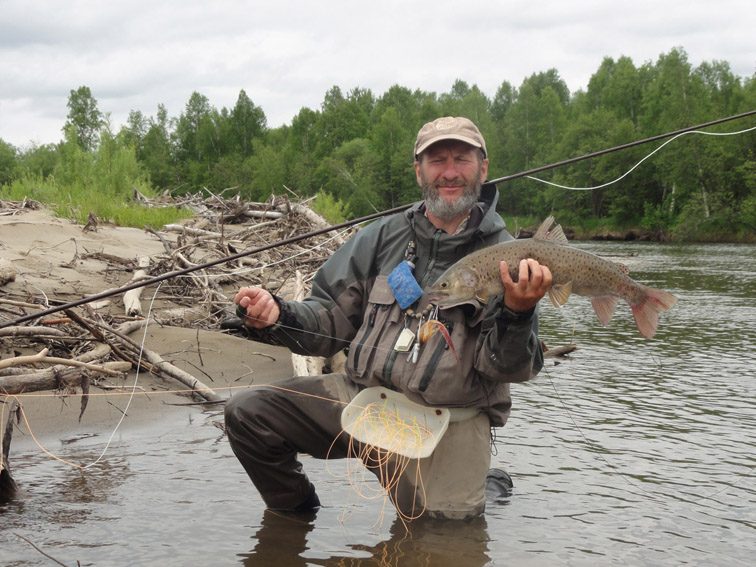 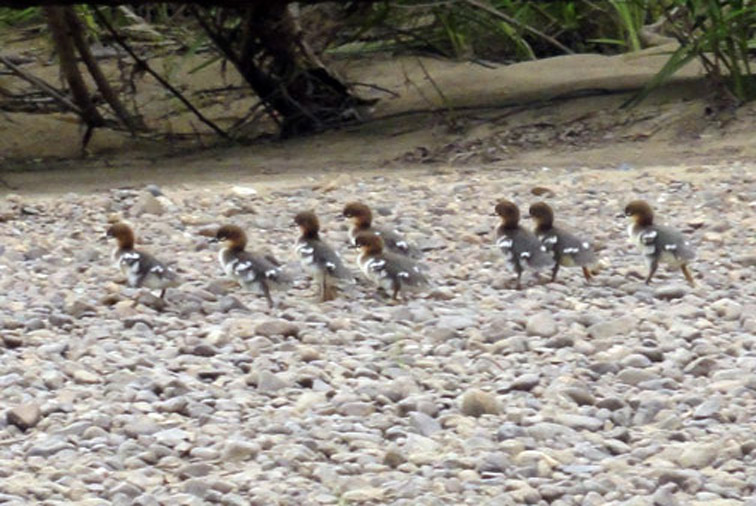 Ducklings of a merganser 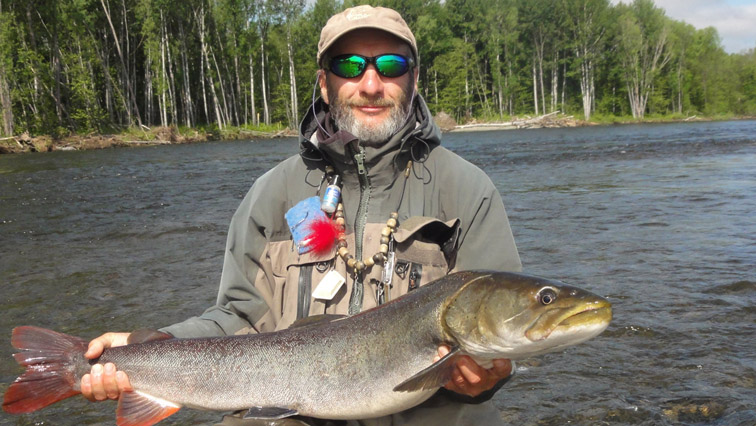 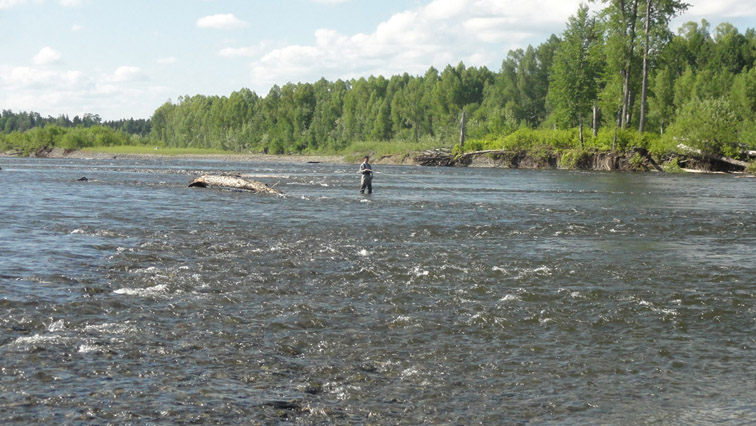 Active taimen are feeding in the shallows below the rapids 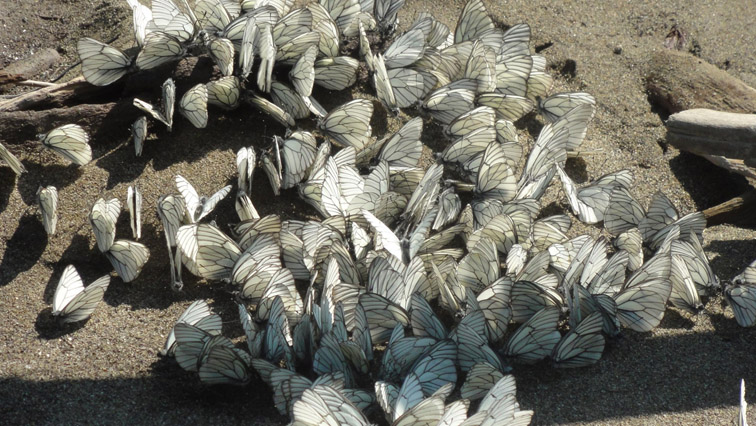 The mass hatch of the hawthorn butterflies 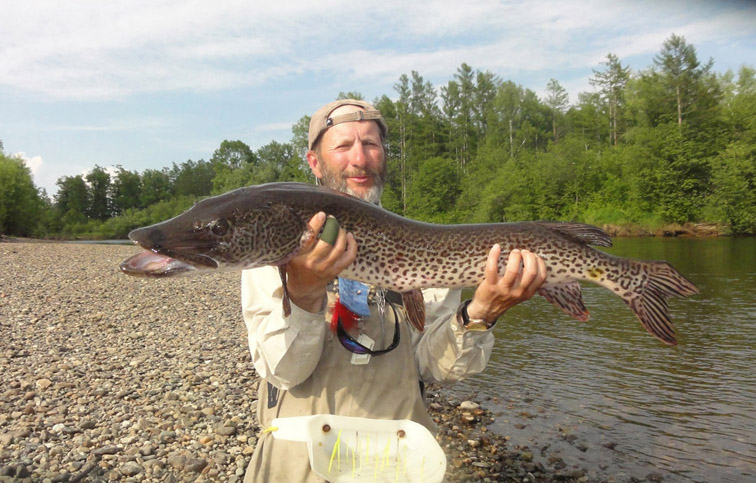 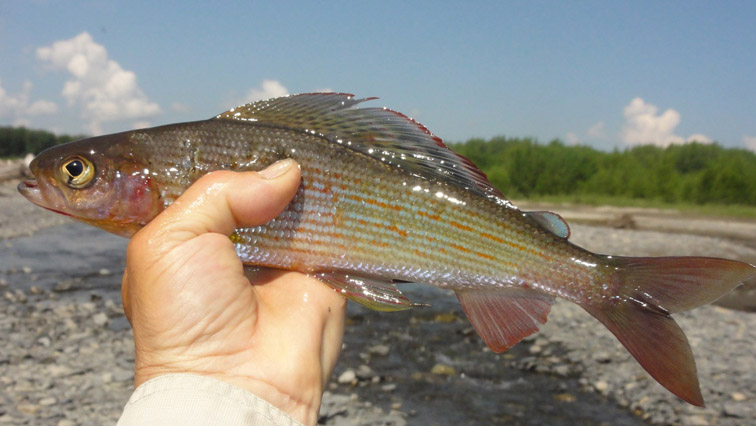 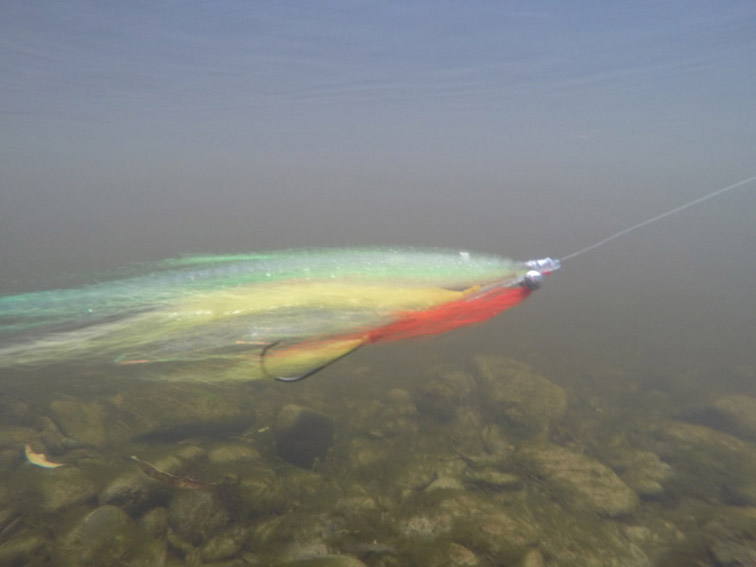 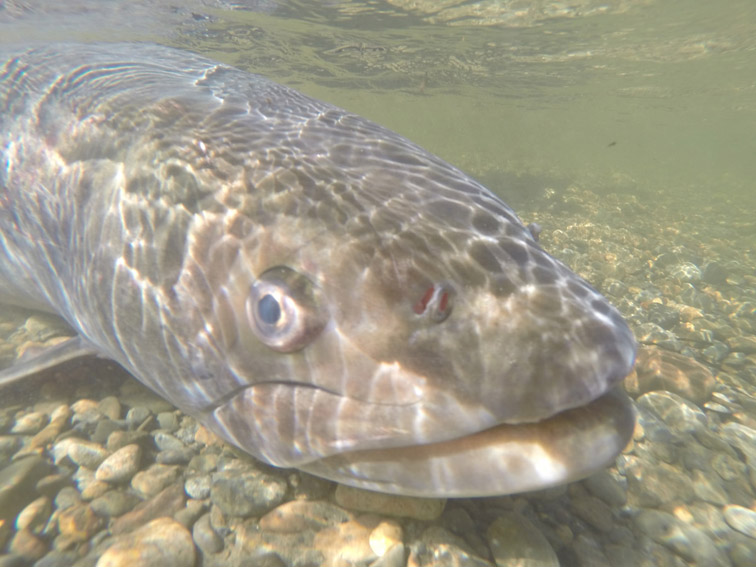 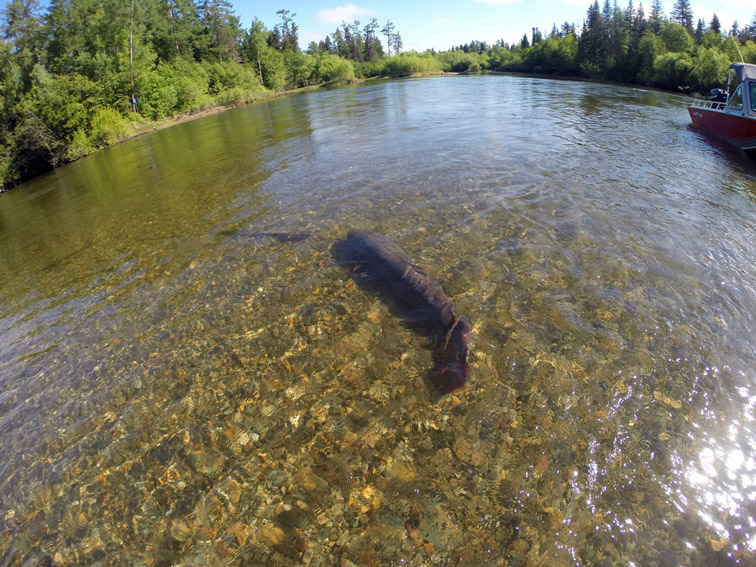 Released taimen has no hurry to scape into the depth

Good grayling imitation on a tube 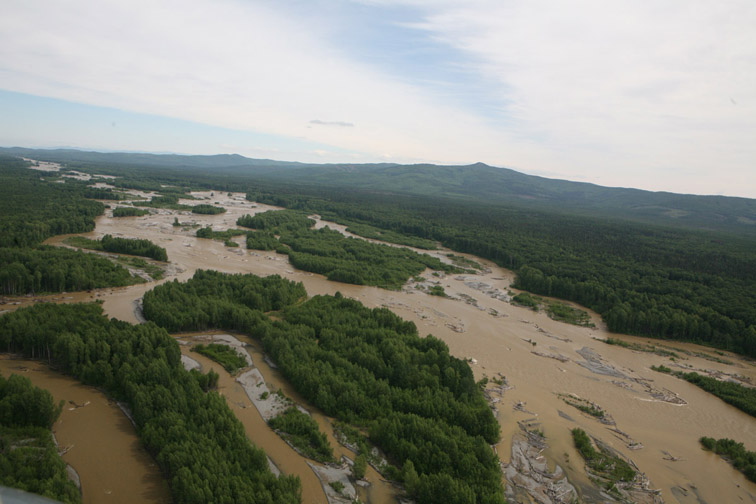 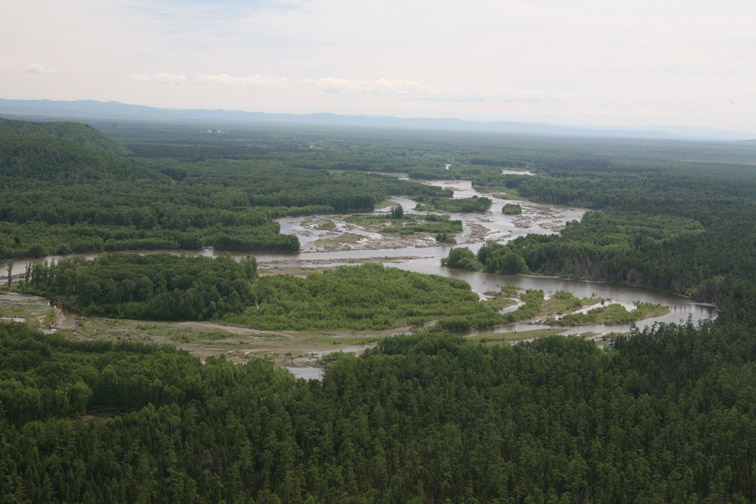 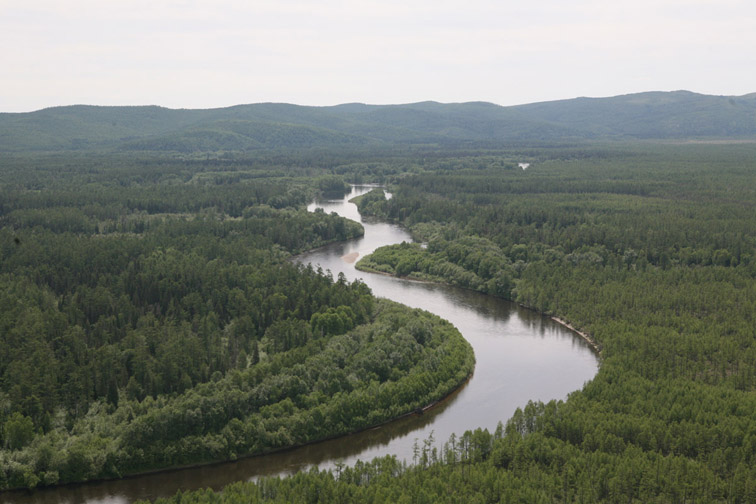 Konin is a typical forest river 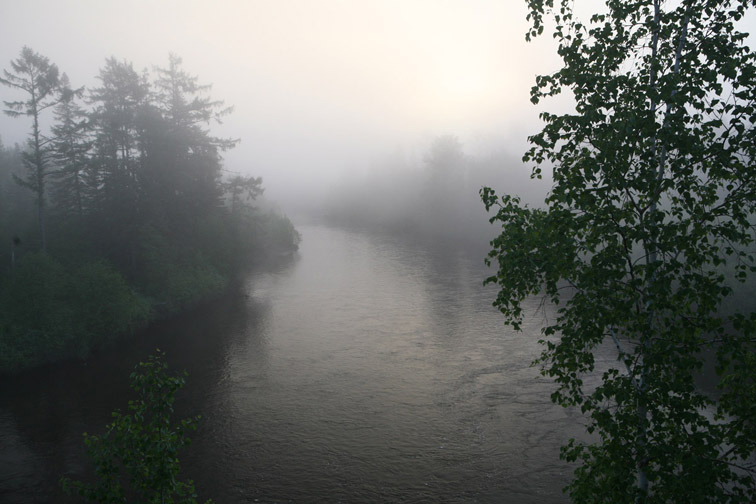