On May 3 — 7, 2012 I was invited by the local fishermen to Chita, Eastern Siberia, and conducted a casting and fly-tying seminar. The topics were the same as in April in Irkutsk (see the post from April 25, 2012). I was trying to prepare a program which will be completely new for both novice and advanced fly-fishermen.

Most of the time we were working on the single-handed spey-casting. We had also discussed the tactics of the flyfishing in the flowing water, the use of the dry and wet flies, nymphs and streamers, and of the different types of the wobbler-flies. On different days of the seminar the numbers of the participants was up to 17. During the fly-tying lessons we were working on some unusual flies, including the skating patterns, string-flies, articulated sculpin and stonefly imitations, and different types of the wobbler-flies. All flies were tied with the mono-line instead of the regular tying thread. 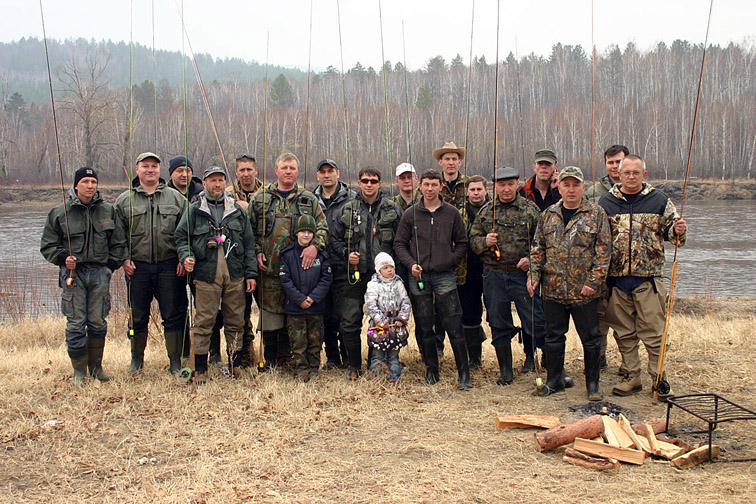 The seminar participants at the bank of the Ingoda River near Chita. 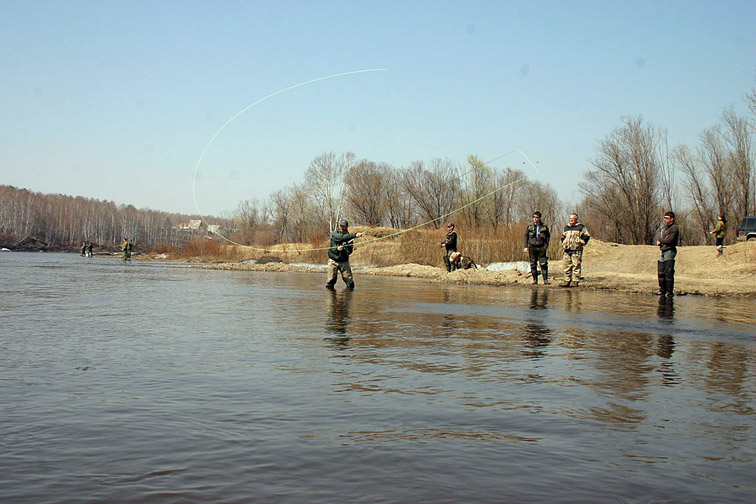 Casting demonstration with a spey rod. 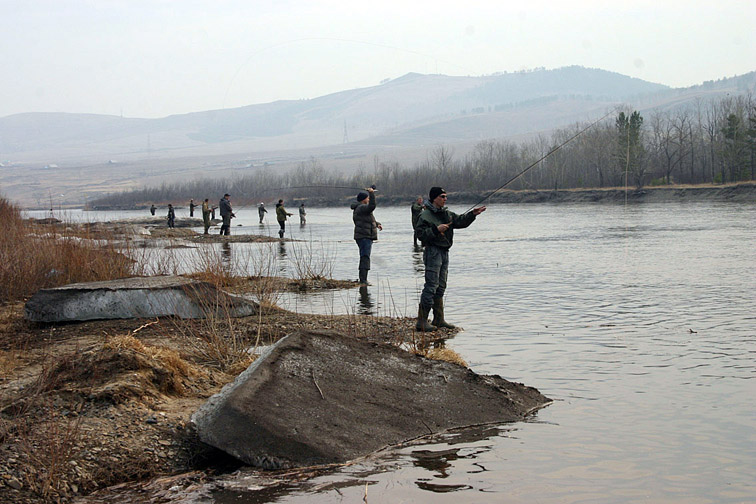 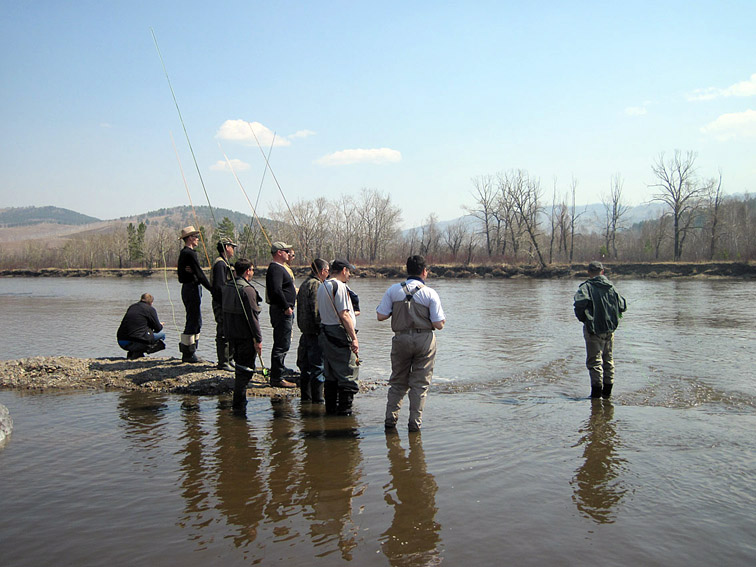 Conversation on the tactic of using different flies for catching lenok and grayling in flowing water. 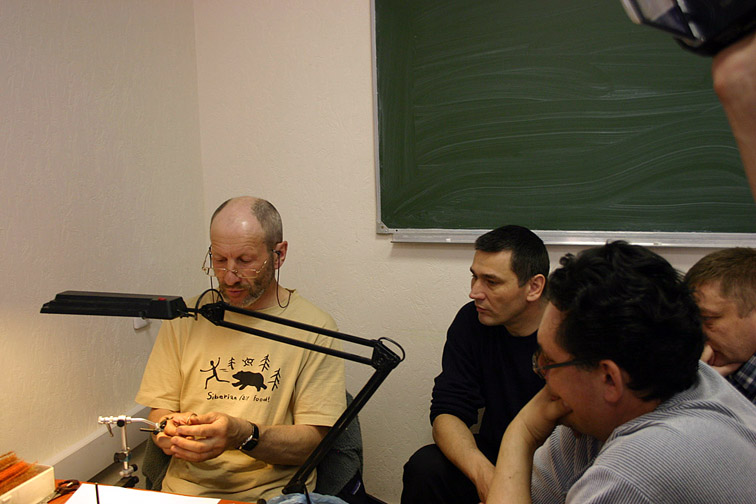 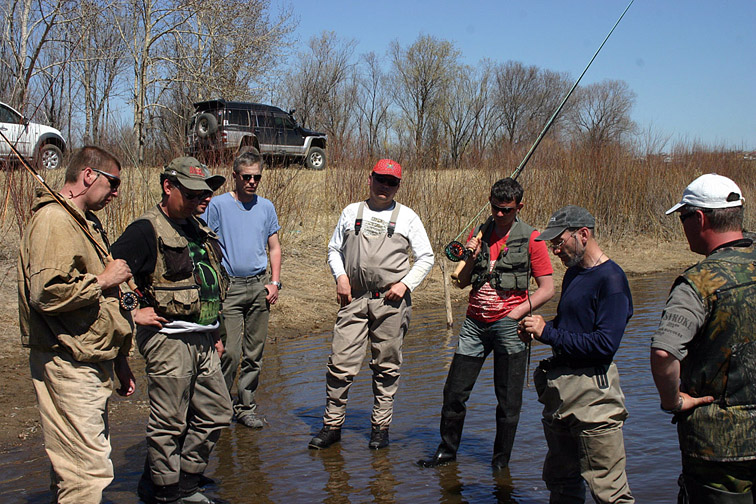 The most difficult stage of the tying a wobbler-fly is its fine-tuning. 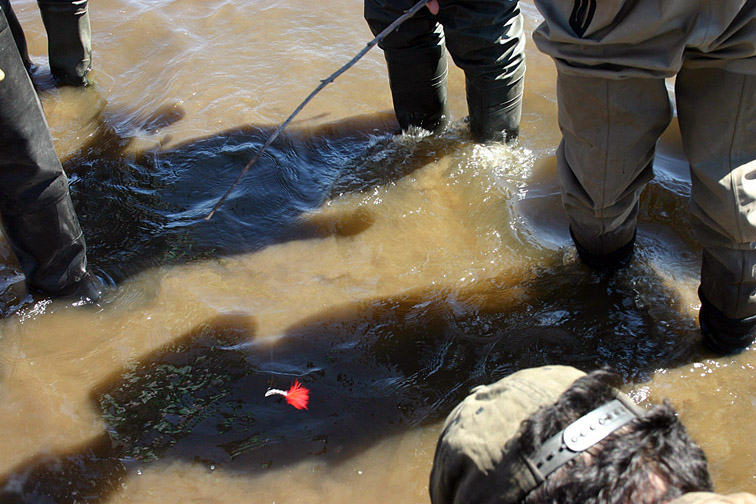 This bright wobbler-fly in «salmon» colors will be working in such murky water, in the flood conditions. 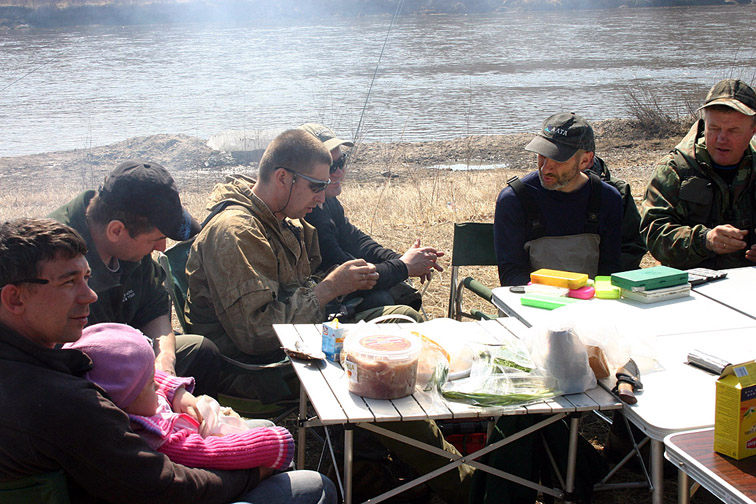 When waiting for the lunch we are opening the «secret» flyboxes and discussing the flies and fish. 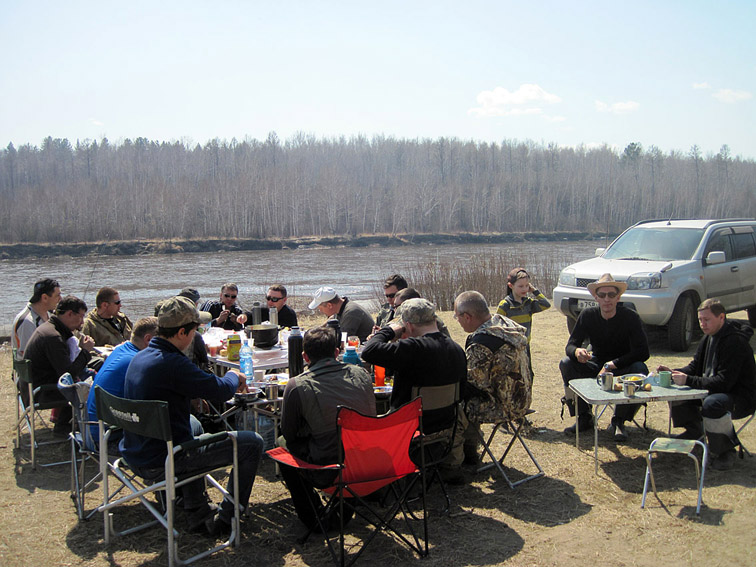 Lunch in the open air. 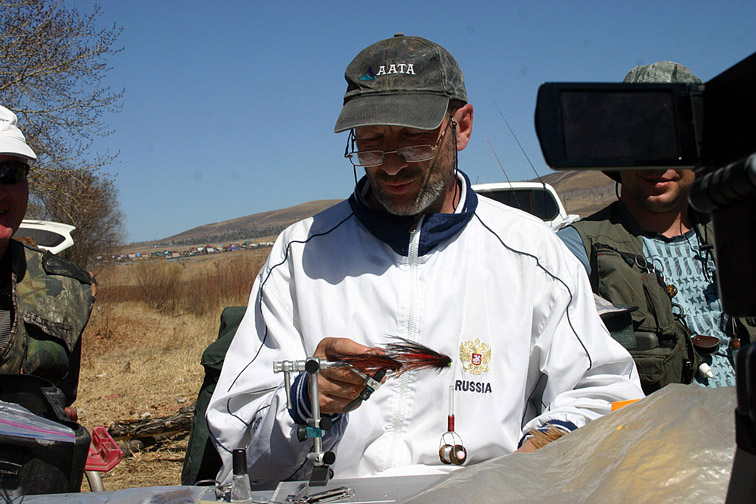 Tying of an Intruder in the «taimen» colors. 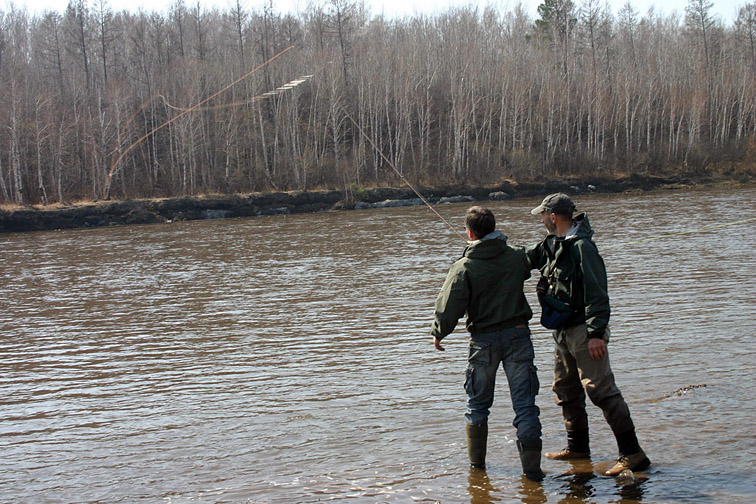 The teacher and the student hold the rod together — it is the best way to feel the necessary rhythm of a spey-cast.

I want to thank Igor Zaitsev for the excellent organization of the seminar, and all fly-fishermen from Chit for their hospitality. Tight lines!