Last fall, I have tested a new series of taimen flies. The difference between these flies from anything that I have used in the past are the mesh “funnels” or extenders. In addition, the fly is composite and has from two to five separate parts on a flexible coupling. Due to this, the flies are not gaining any extra weight, but acquire a significant volume. When running in the water, they are sending a rather powerful signal. The flies are quite suitable for casting with a heavy one-handed or with two-handed rods. The 4/0 to 6/0 size hook is installed at the back - the taimen are usually catching their prey from the tail.

The behaviour of new flies in the water is very similar to a real fish. They have already caught a few taimen, while the fish did not refuse to come to the surface from a decent depth - and the water was unclear on some days. Monster flies work! In addition to taimen, they are promising for pike and catfish, as well as for large marine predators. 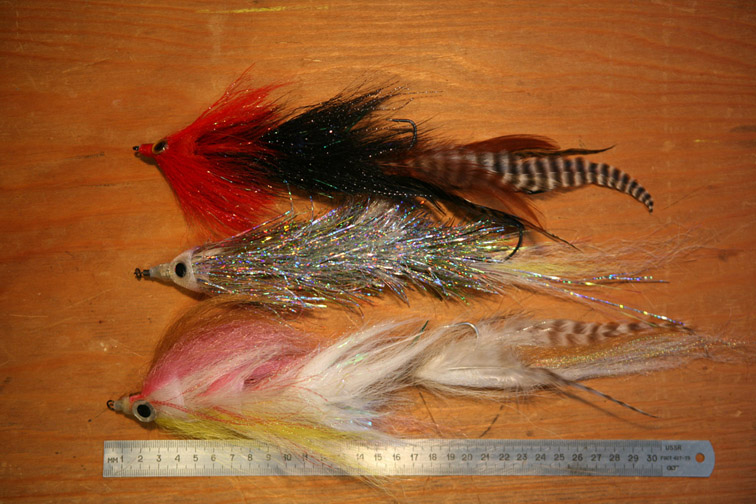 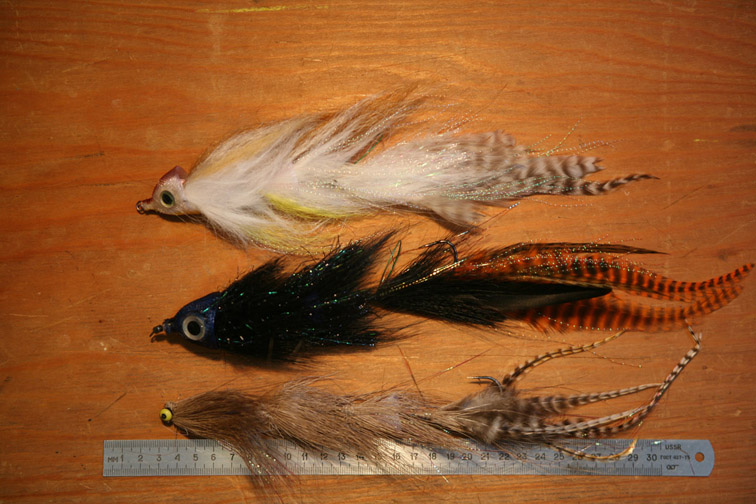 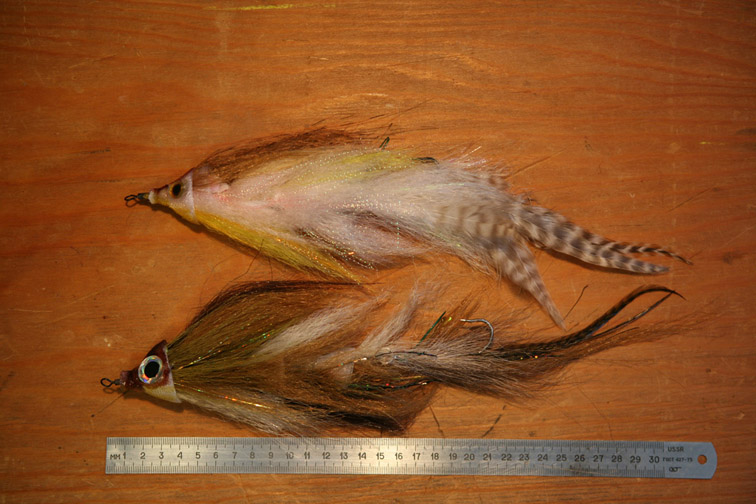 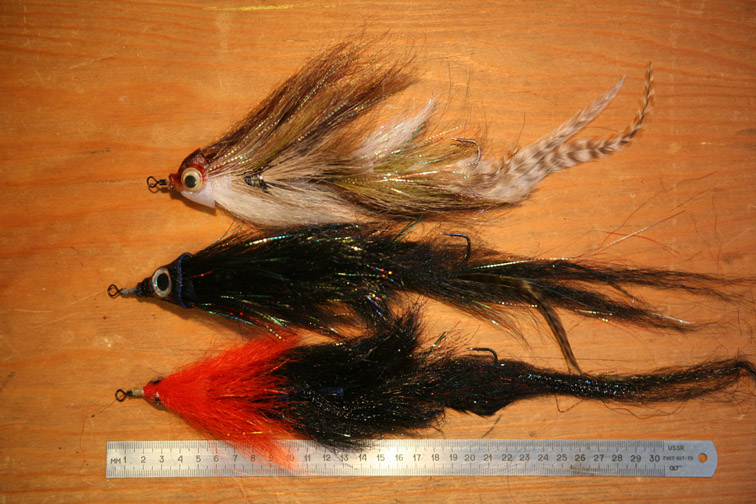