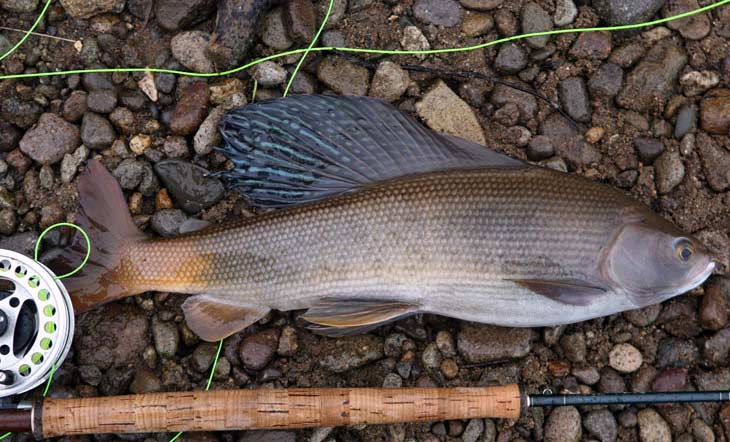 This rod also has an optional single-handed handle. This handle plus 3 upper parts make a rather famous 4-piece Kola Salmon Czech Nymph rod.

The first water which I was able to fish was the Bering Sea near the abandoned village Korf. I was using a single-handed line with 13′ sink tip made out of Rio T8 material. Most of the catch were 2 species of flounder. 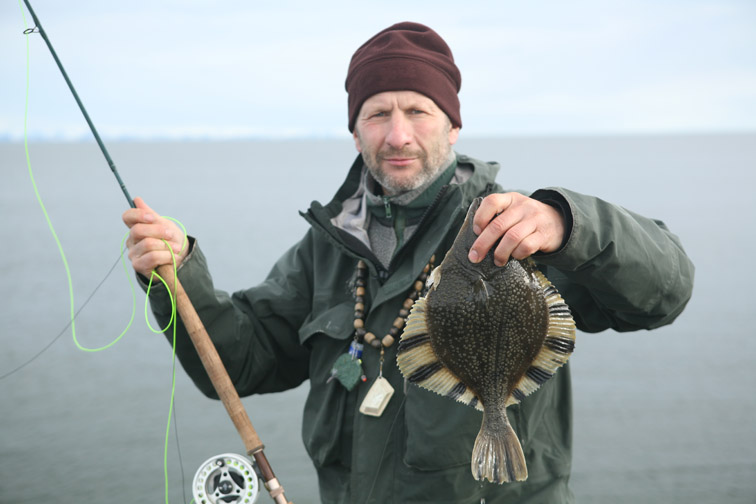 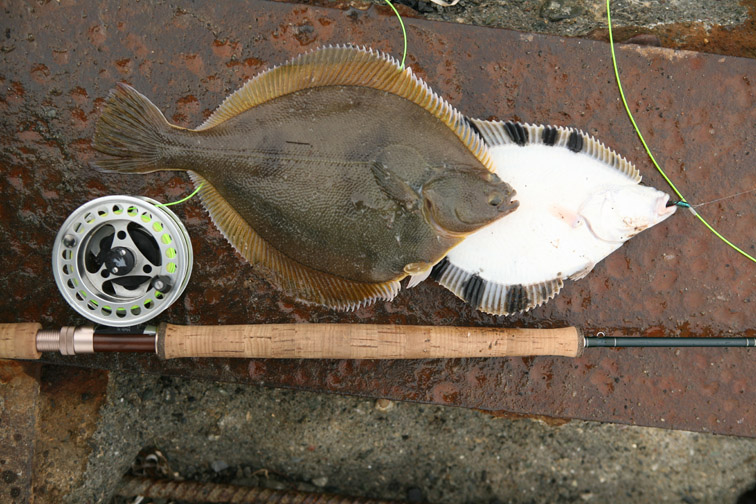 The flounder on shallow places is easy to catch with a fly. The fly should move slowly, near the bottom. 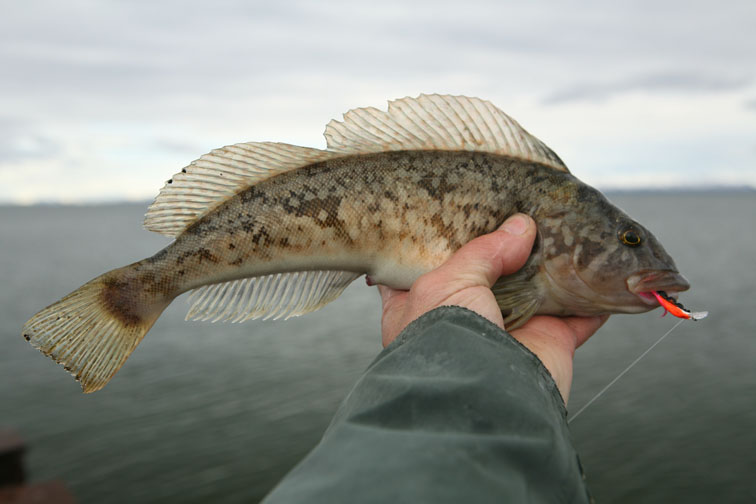 Comparing with flounder, greenling is rather spooky. It is often following the fly, but rarely biting. 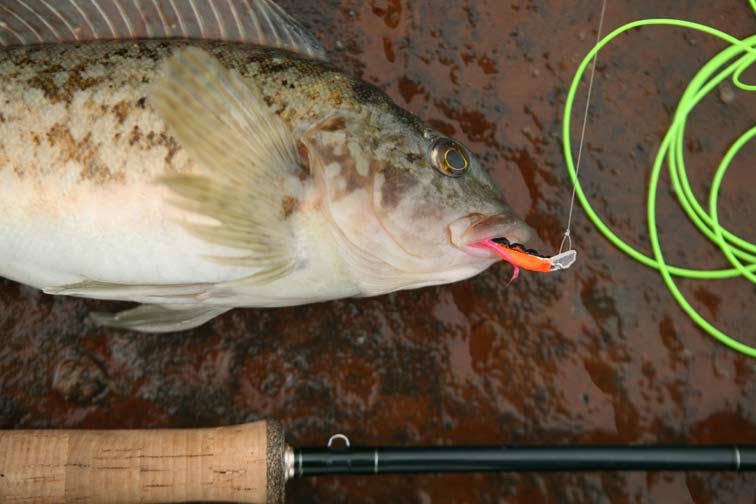 The best «fly» to catch greenling is a bright wobbler-fly, retrieved with jerks in the middle layers. 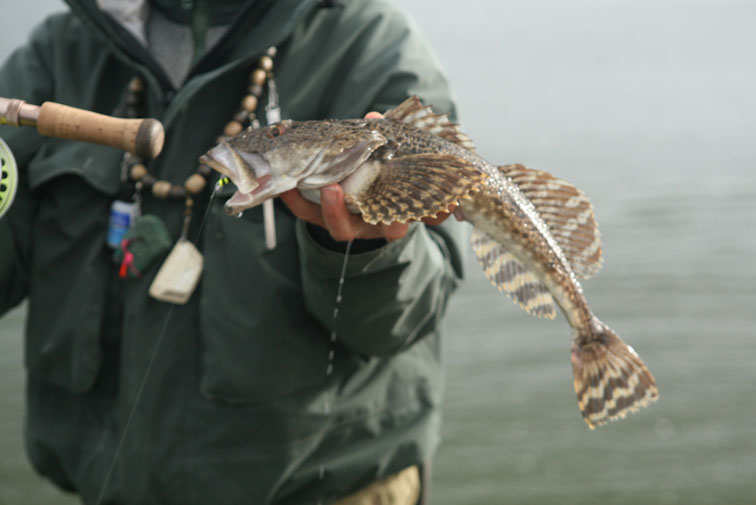 The biggest trophy of the day was a huge marine sculpin. The rod which I was planning to use only as a grayling tackle appears to work well in marine conditions. 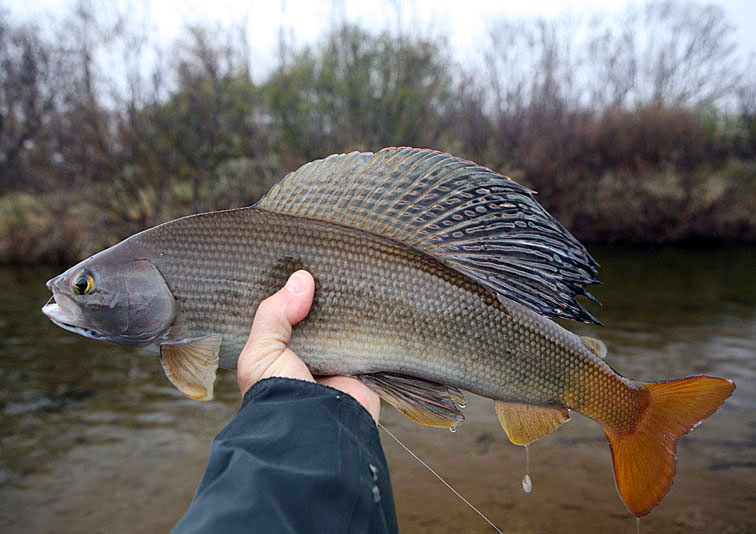 Good size Kamchatka grayling This period the smolts of Pacific salmon (chum salmon at this image) are migrating into the sea. The typical approach to any freshwater predator in Kamchatka is the use of different smolt imitations, presented near the surface or deeper. The river Ichiginnyvayam is famous by trophy Arctic grayling. The only problem was that the fish have recently finished the spawning, and were not feeding yet. Probably, cold & windy weather was also the cause. In any case, the streamers (same as the nymphs) did not work at all. After trying different approaches I have managed to catch some nice fish up to 1.2 kg The tested rod appears to be powerful enough to handle 13′ sink tip; the total length of the head of the line was about 36′. The rod bends a lot when you hook even a small fish, but it has enough backbone to land nice size fish in the current. 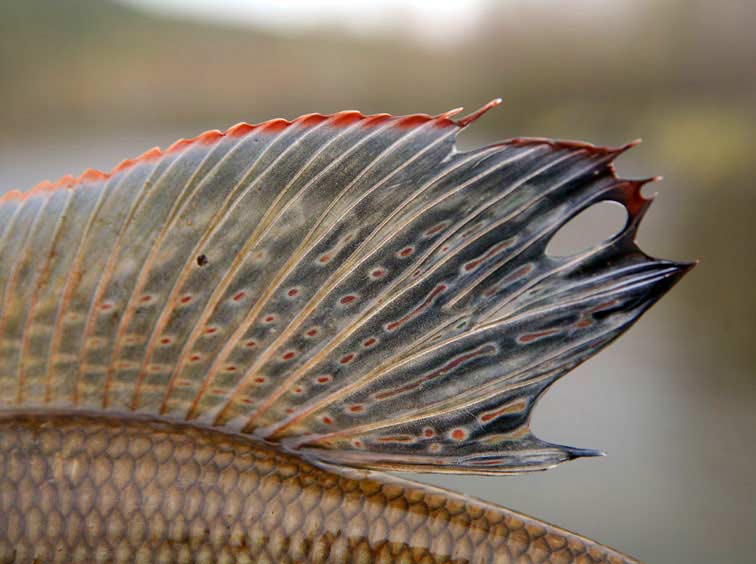 The most strange & beautiful part of grayling is its dorsal fin. This is a typical fin of the Kamchatka subspecies of Arctic grayling. Some scientists consider it to be a separate species Thymallus mertensi.

Bystraya River (Southern Kamchatka) is a deep, rather swift stream with clear water. The rod was convenient to use in complicated fishing conditions such as standing waist deep near steep river banks. It was necessary to shift from dry fly to nymphs and streamers all the time, and the rod was handling it well. 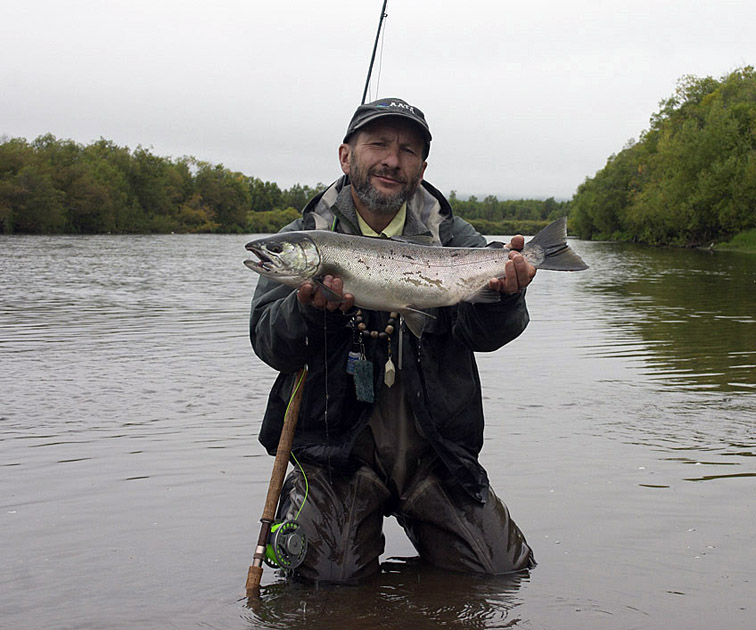 Coho caught in the Bystraya River We were landing numerous char; I also caught one good size grayling and a 3 kg coho salmon. 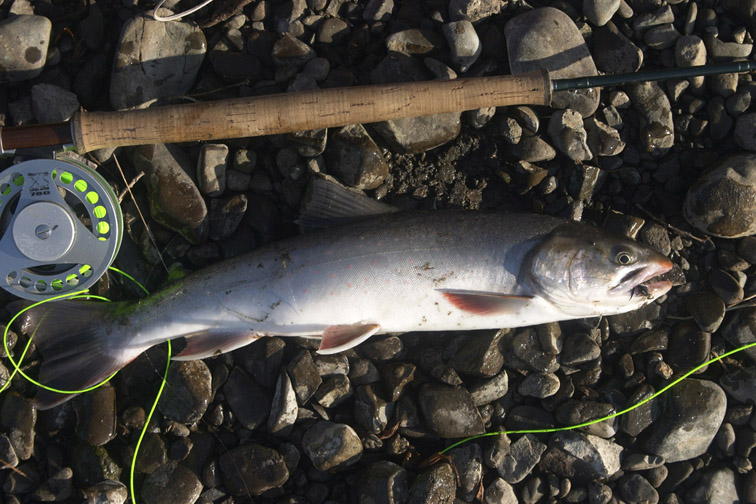 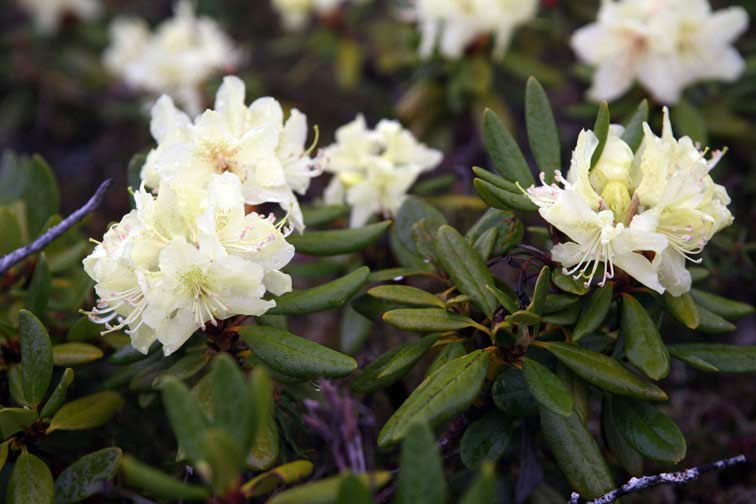 Golden rhododendron is one of the early flowers of the area.