At the end of October, I again took part in the annual census of the fall chum salmon spawning grounds of the Anyui River. These records are organized by the Association of Indigenous Peoples of the Khabarovsk Territory. Until recently, Anyui remained the last spawning river near Khabarovsk, where the autumn chum salmon still bred. In recent years, this fish has been literally destroyed in the Amur. To summarize: by the joint efforts of commercial fishers, fisheries science (which issued overstated fishing limits) and poachers, the Amur chum salmon almost disappeared. Some fish are still spawning in the main tributary of the Lower Amur, the Amgun River, but chum salmon almost does not rise up the Amur as it used to. Long ago the chum salmon reached almost to Mongolia, and was spawning in the Shilka River, 3000 km from the sea... Hundreds of thousands of fish were spawning the Anyui River 20-30 years ago. Last year, we counted 4556 salmon in 15 main spawning grounds near the village of Arsenyevo. This year we worked with almost the same team, also in two groups. For three days of counting, we saw ... 46 fish. Catastrophe - it is impossible to think of another word about the state of the salmon stock. The river is the same as before: clear water, channels and log jams. Grayling and lenok are still abundant, although they will have a hard time in the future. There will be no chum salmon, which means that the catch of the resident fish will increase. And the food in the river will become scarce due to the lack of chum eggs and bodies. It's very sad story… 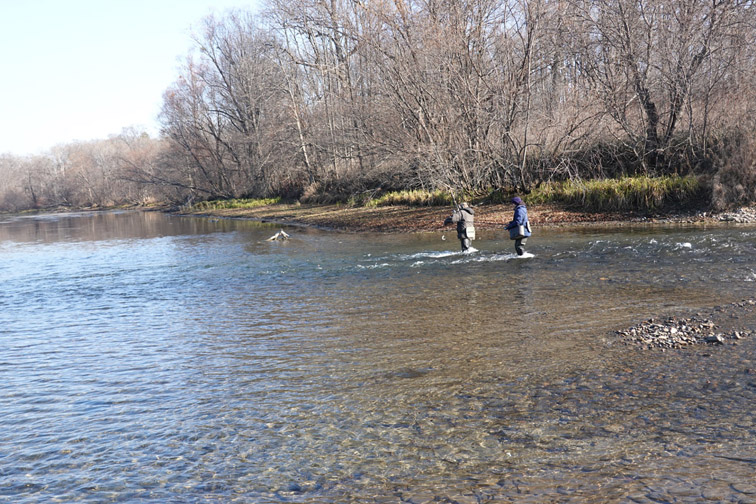 The locals catch grayling by nymphs and bobber 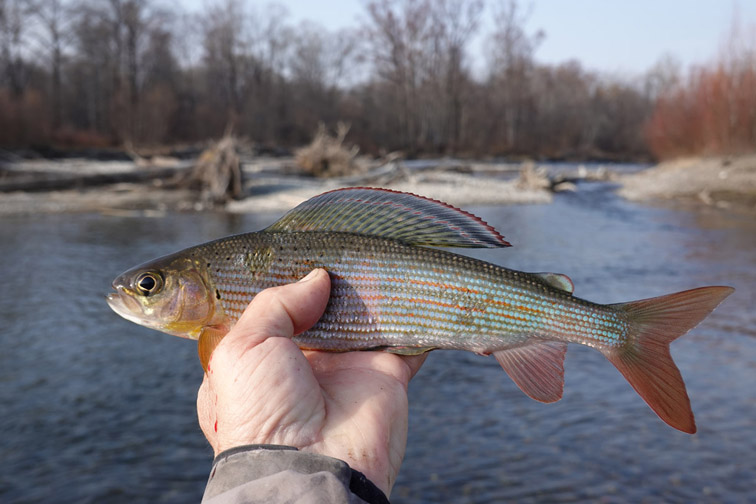 Lower Amur grayling - there is still fish in the river, but after the disappearance of the chum salmon, it will become more difficult for it to find food 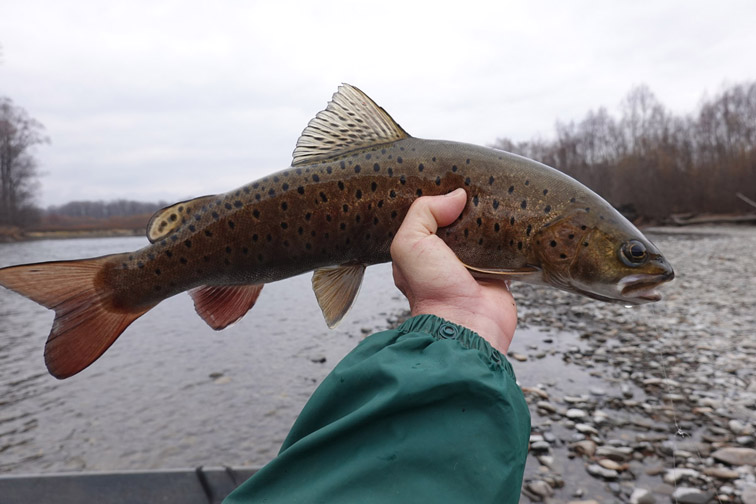 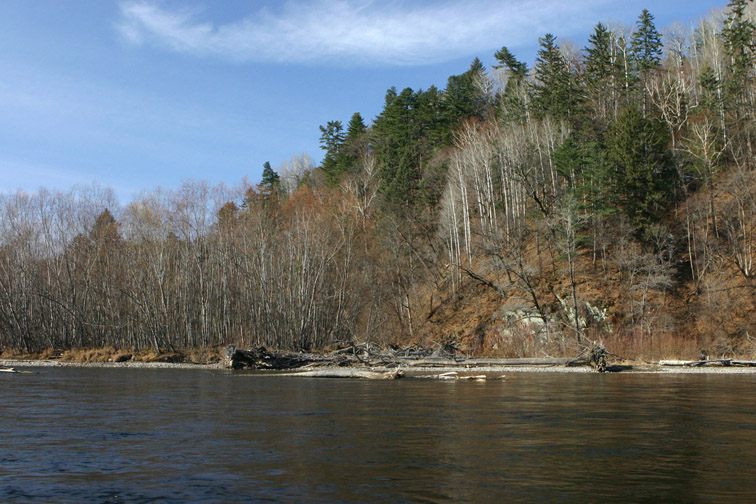 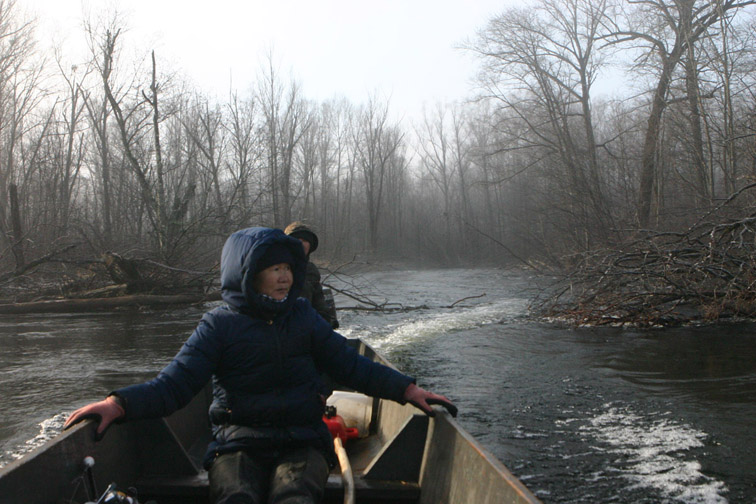 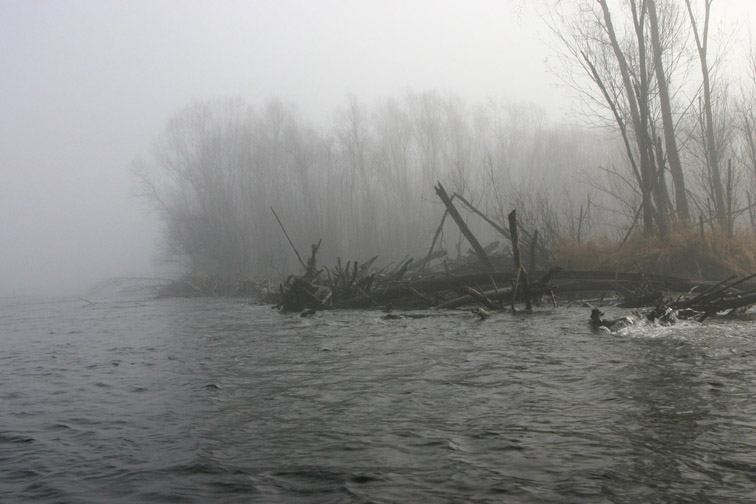 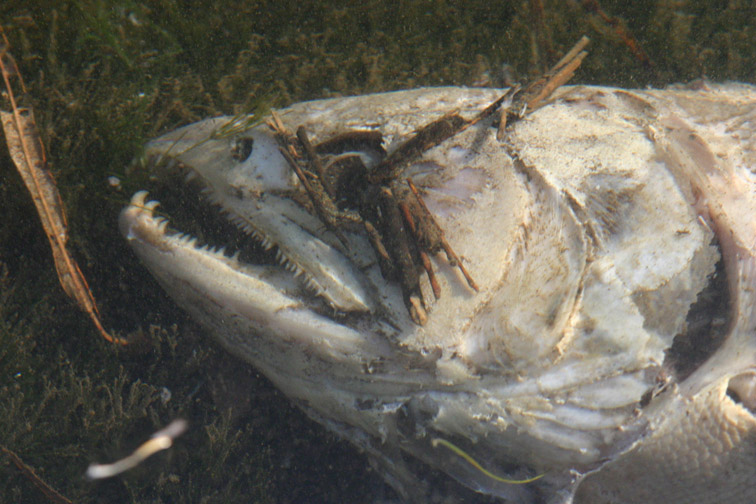 Caddis larvae feed on dead chum salmon, which they then feed on grayling and lenok 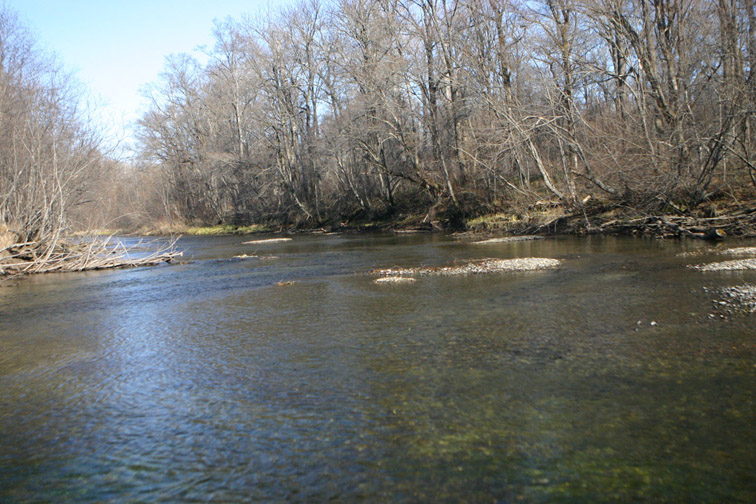 In the old years, the water here boiled from spawning chum salmon, and now this spawning ground is empty