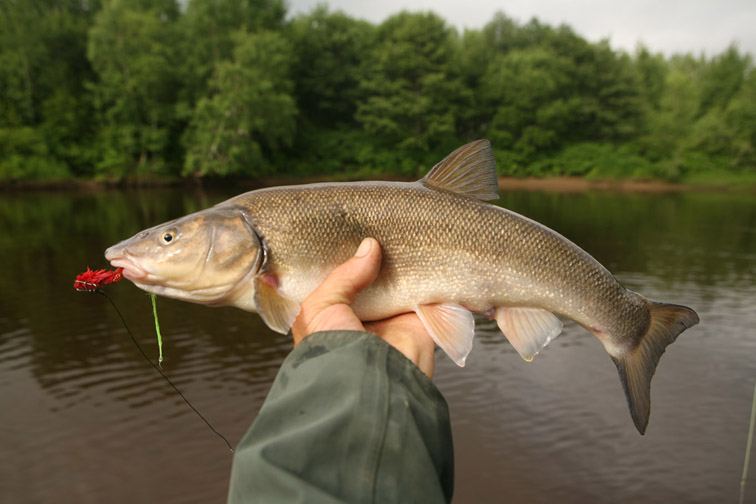 Pacific redfin (Tribolodon ezoe) is anadromous Cyprinid; it can bite any lure or fly. 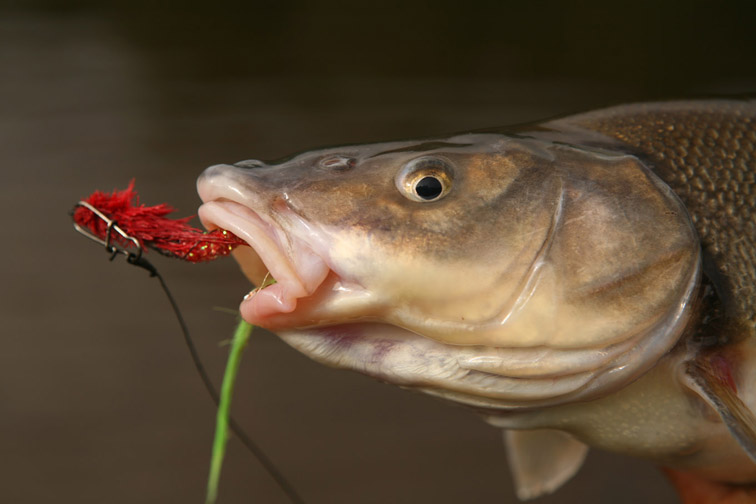 This fish was caught with a pike fly. In the evening of the fifth day of the trip it had started to rain. Tomorrow I could expect that taimen and salmon will become more active. 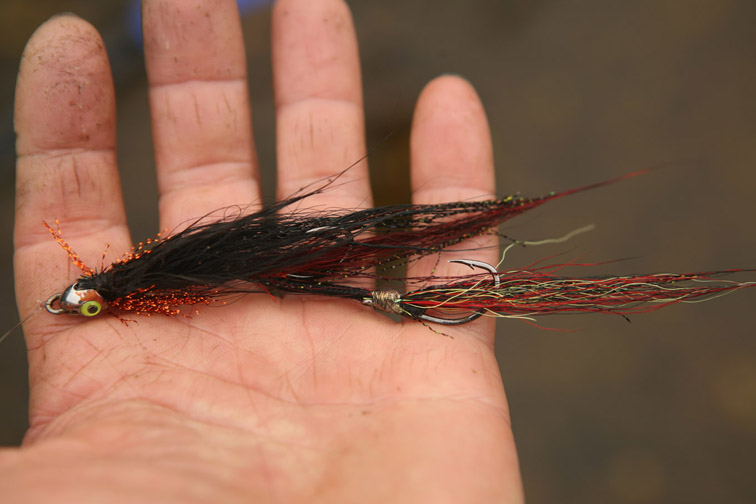 I was using sinking line and heavy fly, suitable for taimen. Sea-run taimen often bite flies tied out of bucktail. 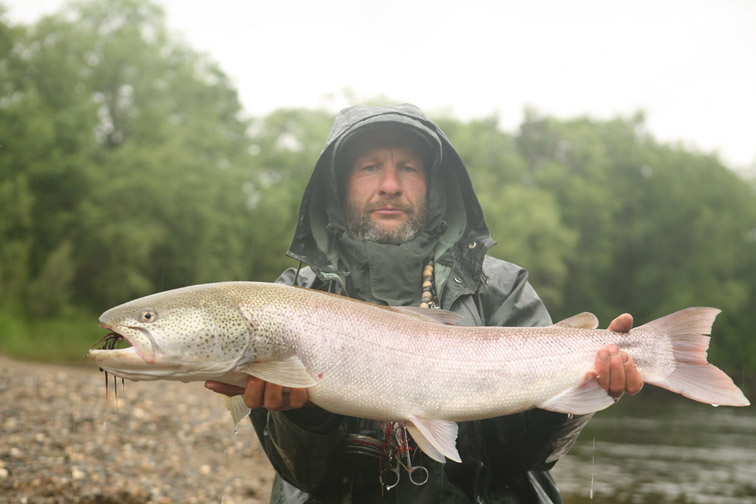 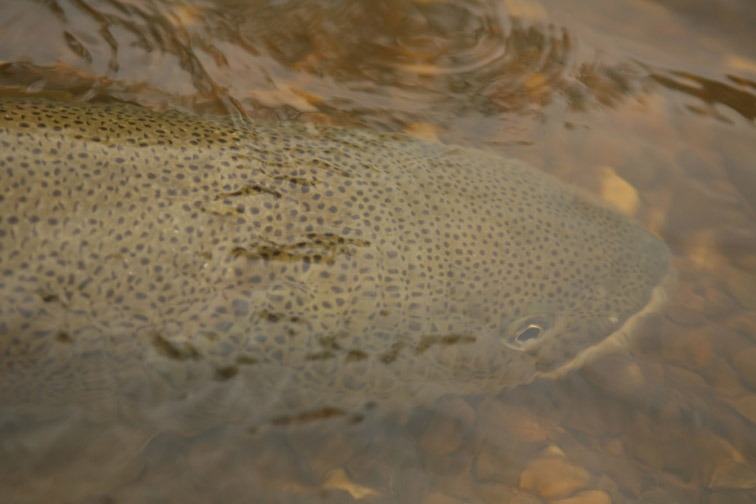 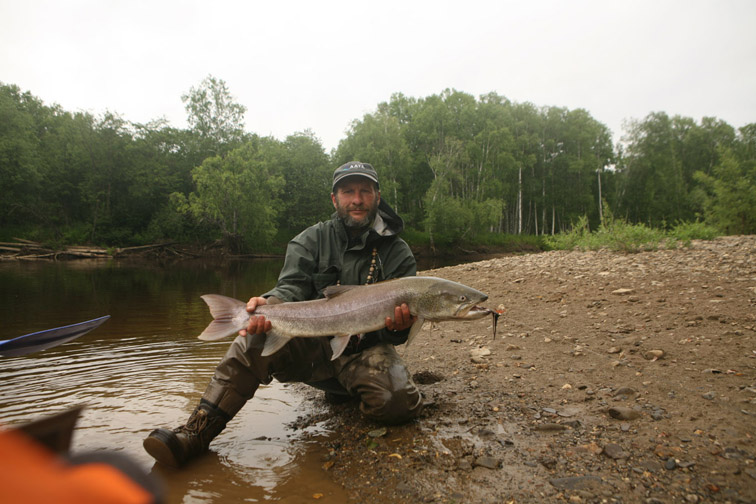 The second fish was only slightly bigger than the first one 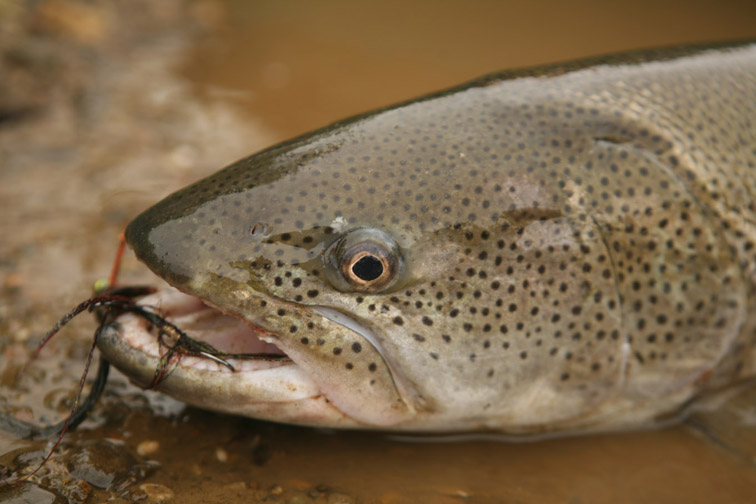 Head of the same fish 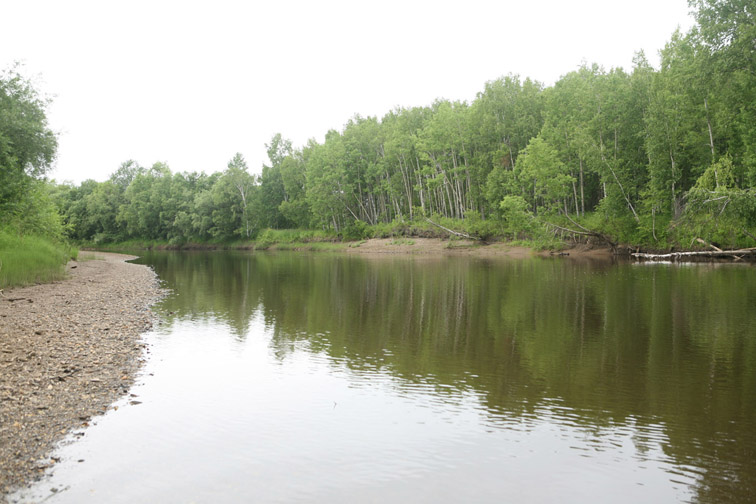 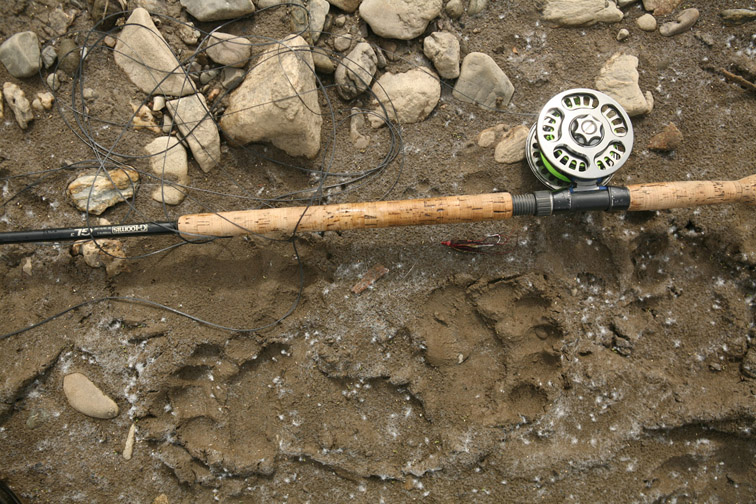 In July brown bears are gathering along the rivers and feed on salmon. Among the local fishermen these animals are considered not too dangerous. They are quite careful, so you will mostly see only their tracks. 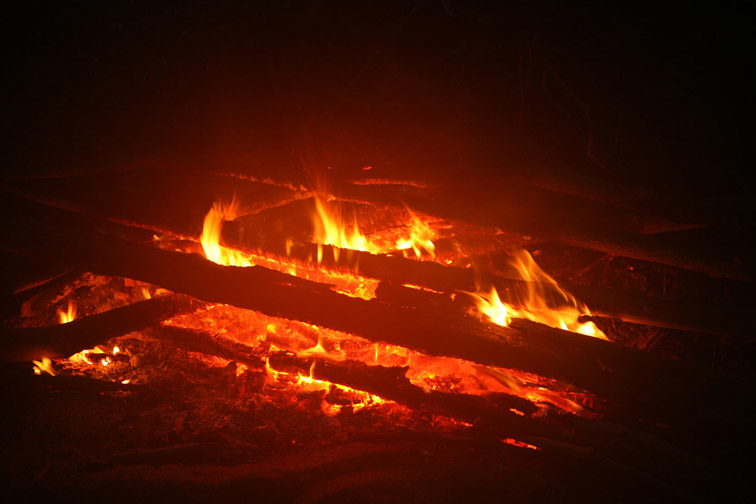 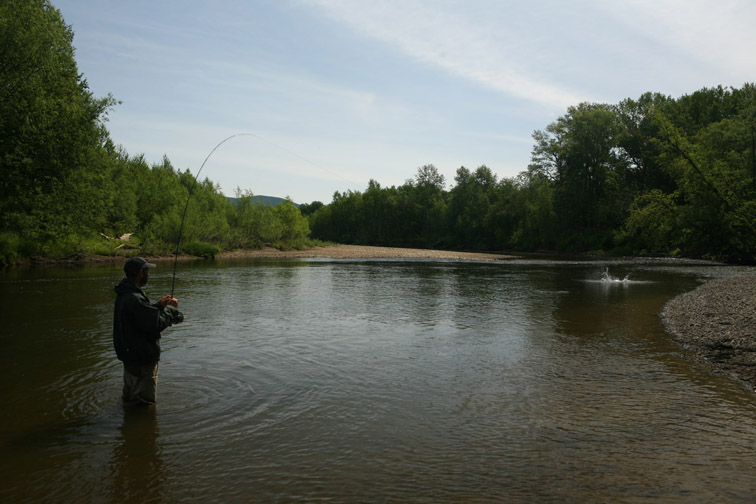 After the rain chum salmon have become more active; they have started to bite flies. I was using small black-and-red tube flies tied on bottle-tubes. 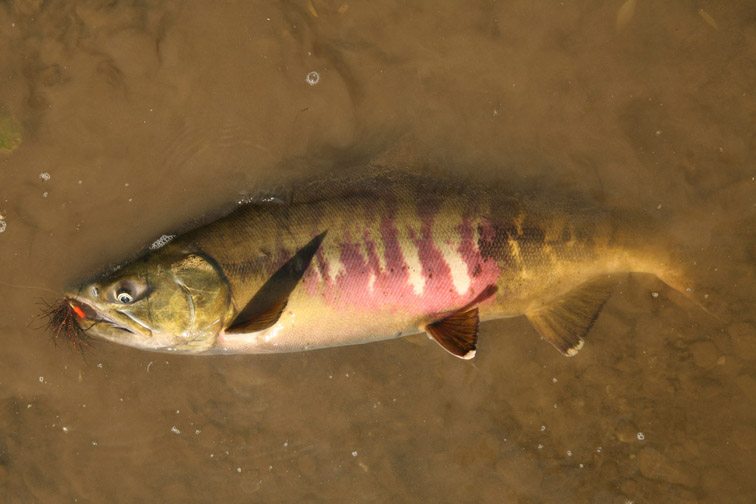 All chum salmon were in spawning colors; regardless to this most of the hooked fish were jumping several times. 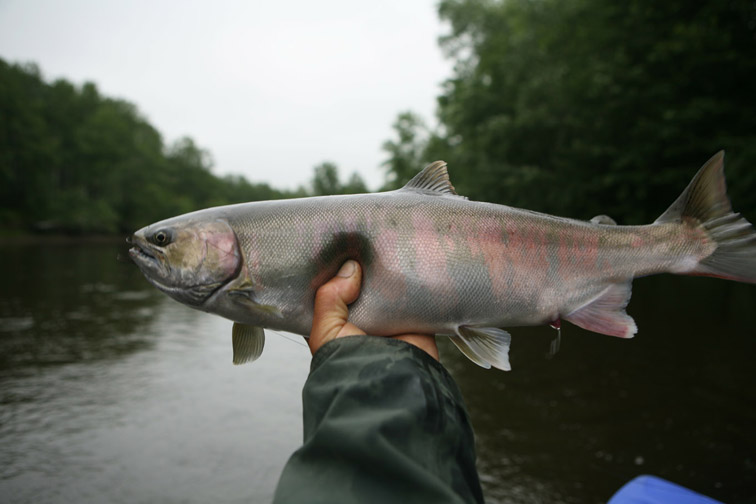 At one of the riffles I have landed a female of cherry salmon. This fish had entered the river at least a month ago; now it is in partly developed spawning coloration. Adult sherry is spending in fresh water much longer time comparing with other Pacific salmon species. 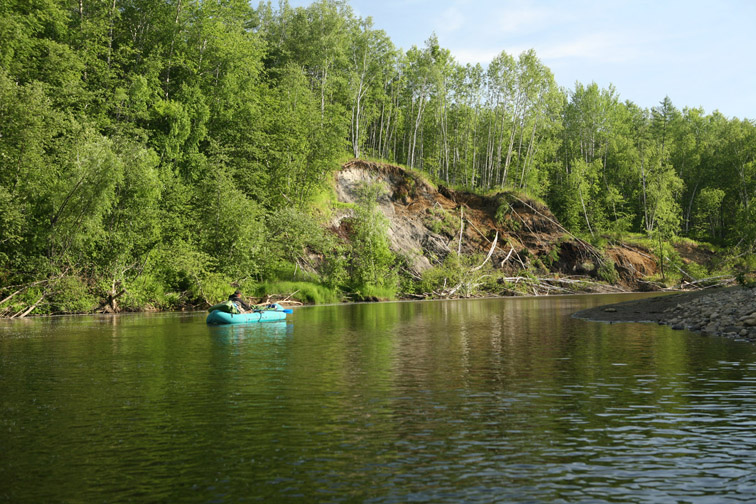 Our group is coming close to the Abramovka village, the final point of the trip 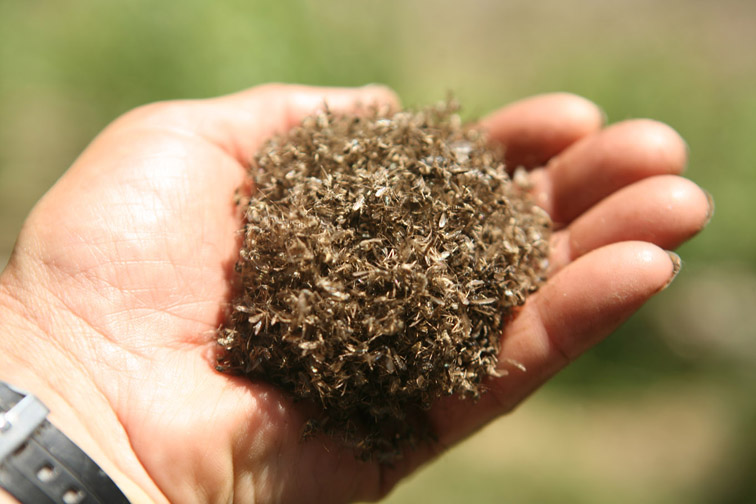 Dead mosquitoes found near the window of a little hut. So, in the “right” season one could loose lots of blood in this area