When I was starting to work with the wobbler-flies (see the post dated January 12, 2012), I had made several ones with a blade put «wrong way» — directed to the water surface. What did I want to get? Not more than a new type of a heavier-than-water surface skaters. When I was testing these new flies in the water, some of them were showing much more complicated behavior than just coming to the surface and then skimming. Some of the sinking varieties during retrieve had characteristic «hunting» movements — wide sweeping action. These were the flies of completely new type. 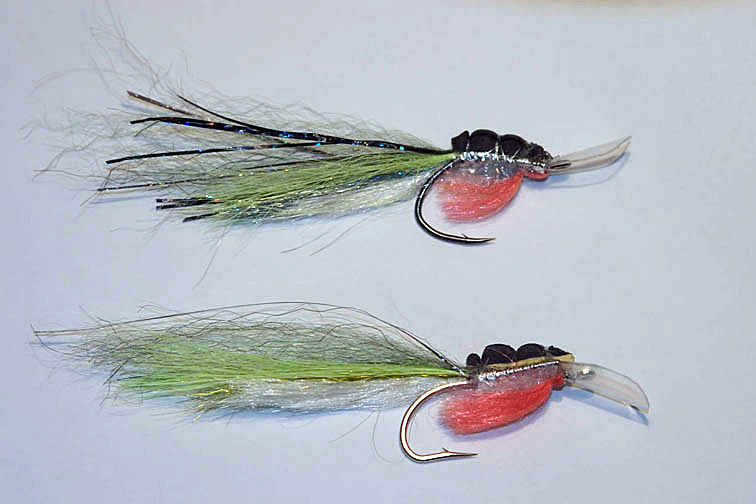 Wobbler-fly (below) and Antiwobbler are very similar; the only difference is the position of the blade A regular wobbler or plug is lighter than water and tends to float, and the downright blade on retrieve makes it dive. On the contrary, the Antiwobbler is heavier then water and sinks, of (if it floats) the sinking line is pulling it down. So, the principle of the work of this new lure is totally different from the wobbler; this is why I have invented for it the name Antiwobbler. In the water it so much looks like a fish that the predators are easy to cheat. The base of an Antiwobbler consists of a hook and plastic blade, attached with 0,1 mm mono line & clear glue. The best blades are concave ones; most often I make them out of disposable syringes. When the glue is dry, you could build on this hook with a blade any wet fly: streamer, imitation of squid, prawn, leech, or insect larva. 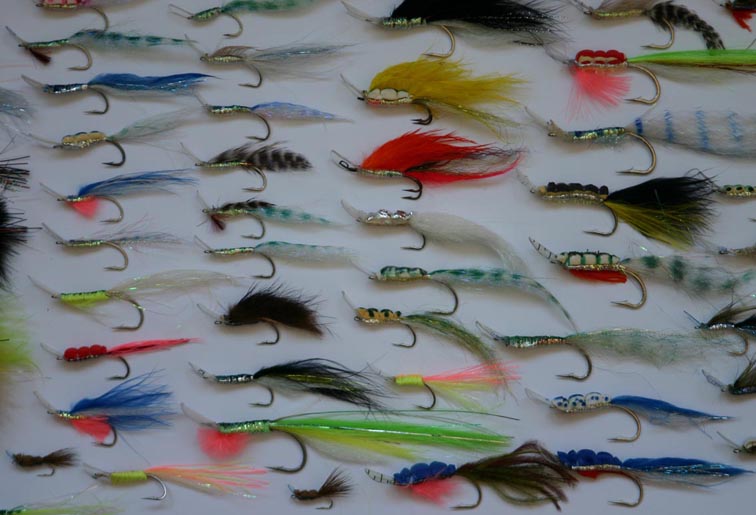 It could be used for tying of any wet fly

same as for any streamers, for the Antiwobblers I use the 0,1 mm mono line instead of the tying thread. This makes it possible to create a semi-clear fly, very similar to young pelagic baitfish.

Any long or medium shank hook with a straight eye and heavy wire can be used. The TMC 811S hooks are one of the best types. 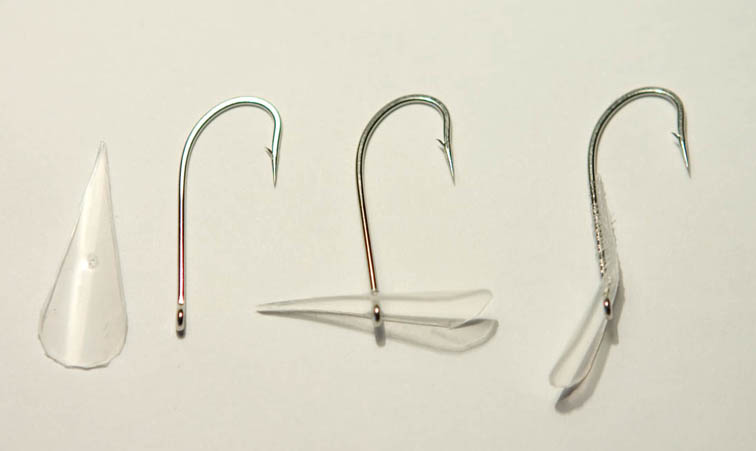 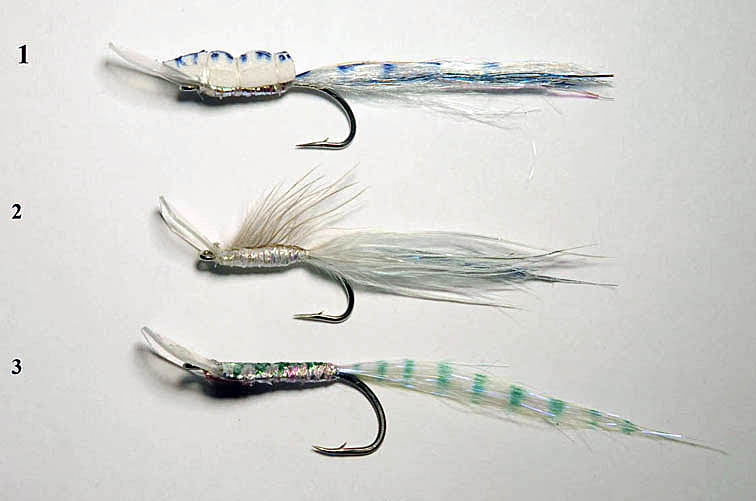 On this simple base you could tie the Anti-wobblers of three main types: 1- with a foam back, 2 — Matukka style with a back out of a feather, and 3 — the simplest fly which has only hook, blade, body & tail. All 3 flies below imitate little Cyprinid fish; I use them for catching pelagic predators in the Amur River. 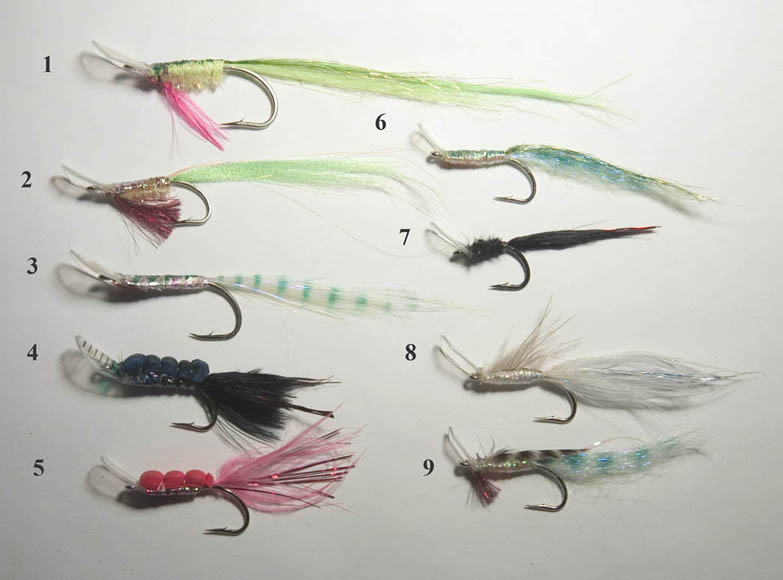