In Kamchatka there are several rivers named Bystraya which means Swift in Russian. There is no surprise in this as the big part of the Peninsula is cowered by mountains, and many of its streams are swift. The most well-known Bystraya is the main source of the Bolshaya River, which is flowing into the Sea of Okhotsk at the south-west of the Peninsula. The same name bears the main, southern source of the Khairuzova river, flowing into the Sea of Okhotsk at about 57 degrees North. 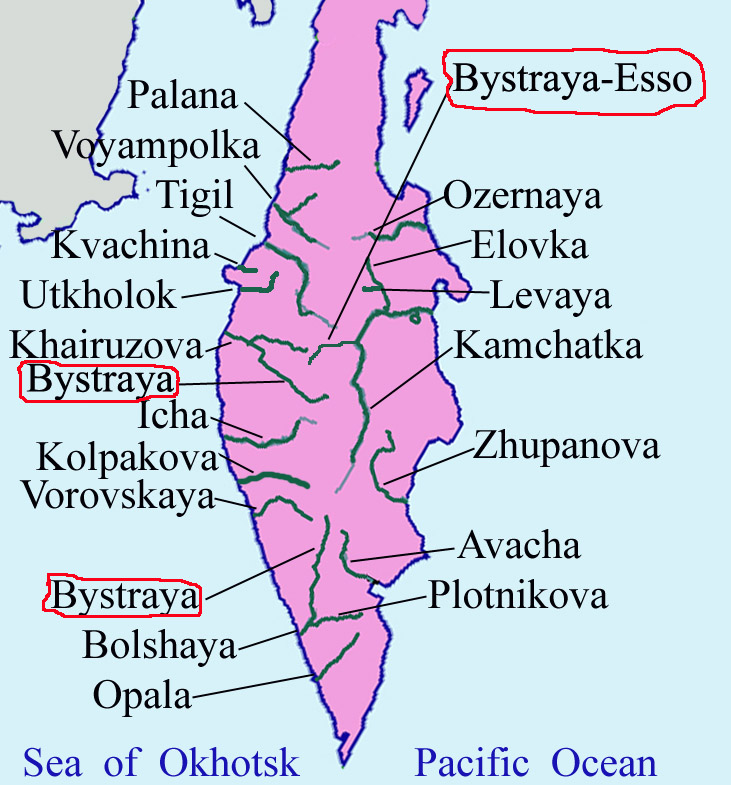 Some streams of the Kamchatka Peninsula. The three Bystraya Rivers are marked by red pencil. The Bystraya which we are talking about flows to the east, into the Kamchatka River, which flows into the Pacific Ocean. In the watershed of this river there are two villages — Esso and Anavgai. Both of them are populated mostly by the native Even people, which had traveled to this area of the Peninsula from the north-eastern Asia about 150 years ago. 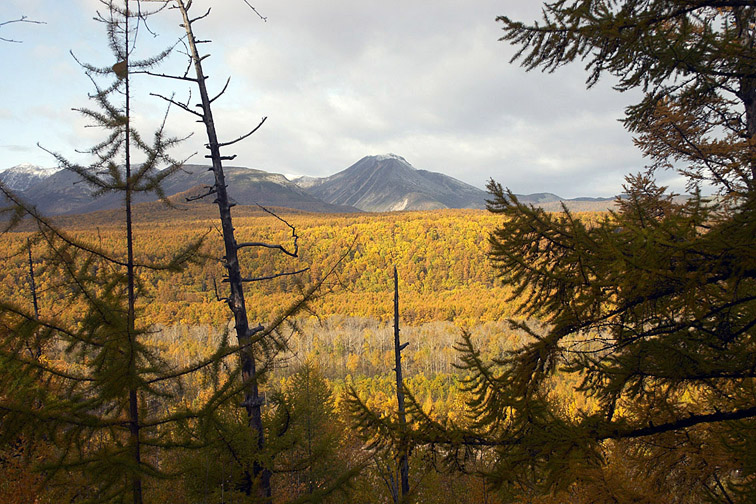 The drainage of the Bystraya River looks unusually for Kamchatka. Most of the peninsula is covered by the birch forests, and here grows mostly larch. 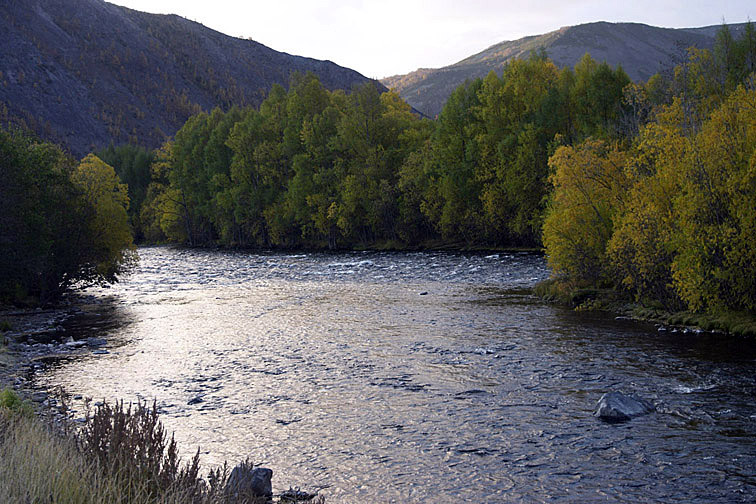 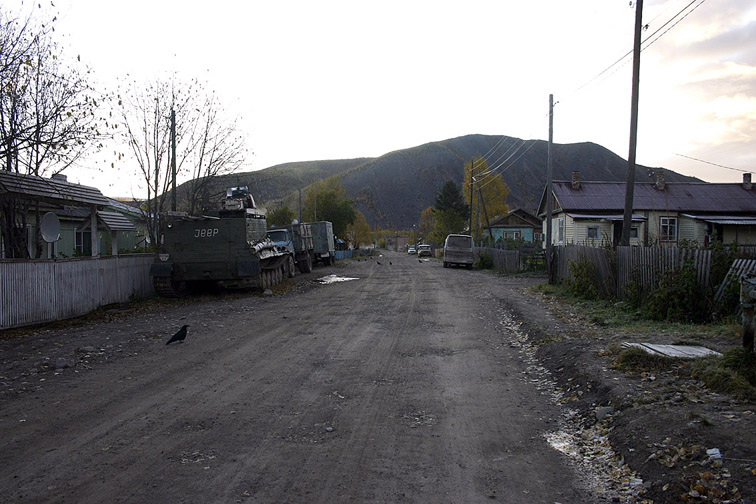 Anavgai village. Private ATVs are parked near the houses. 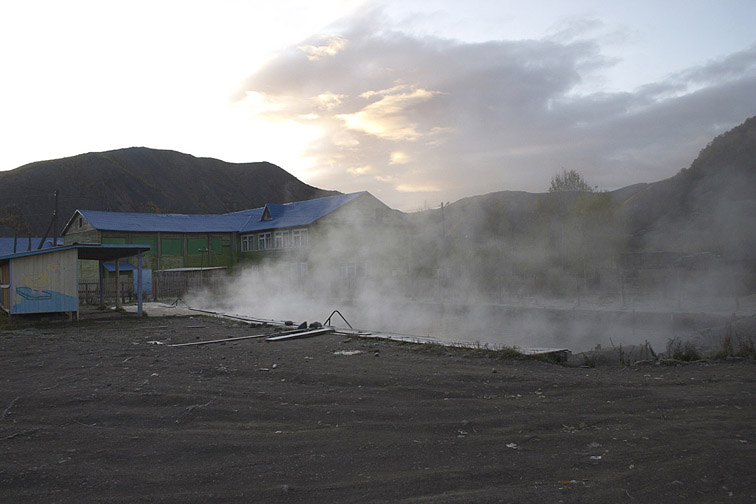 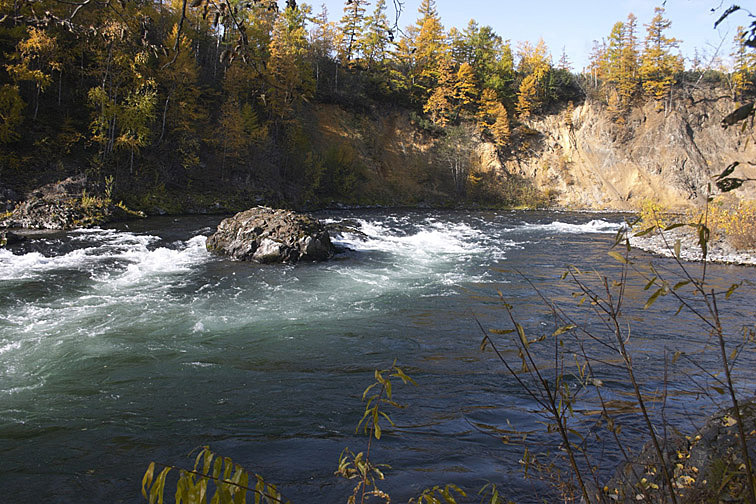 The Bystraya River has big gradient and serious rapids 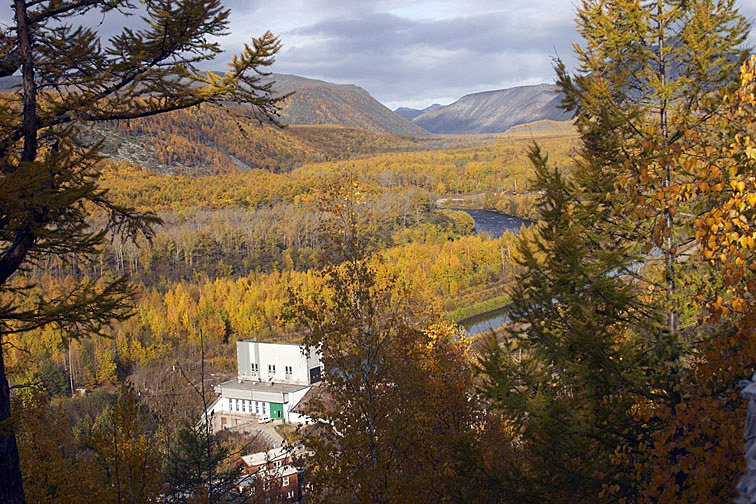 A small hydro-power station constructed at the river. This one has no dam, so it should not be an obstacle to running salmon. 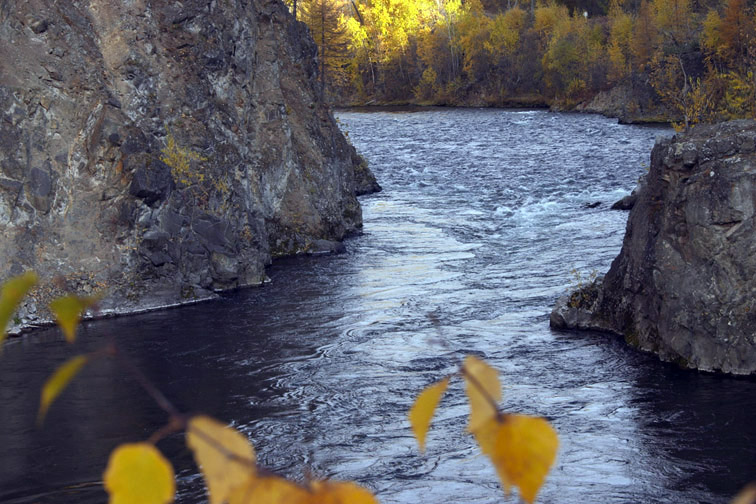 A short canyon near the road to the Esso village 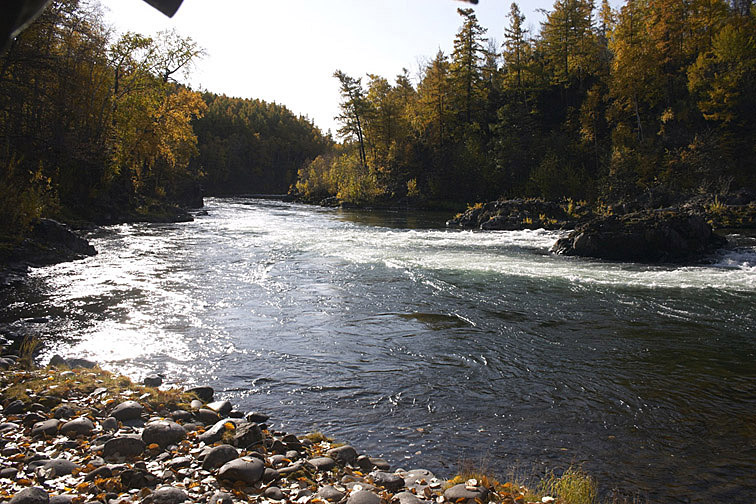 Bystraya looks like a mountainous river somewhere in Siberia. 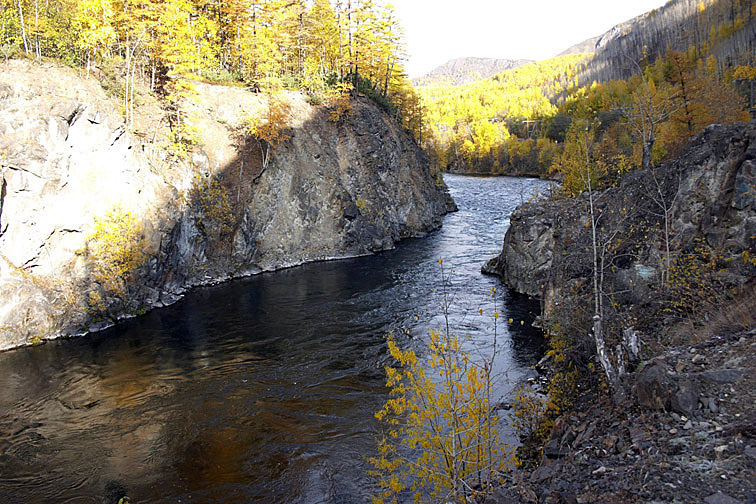 In the end of September, when the larch trees are yellow, this terrain becomes especially colorful and attractive 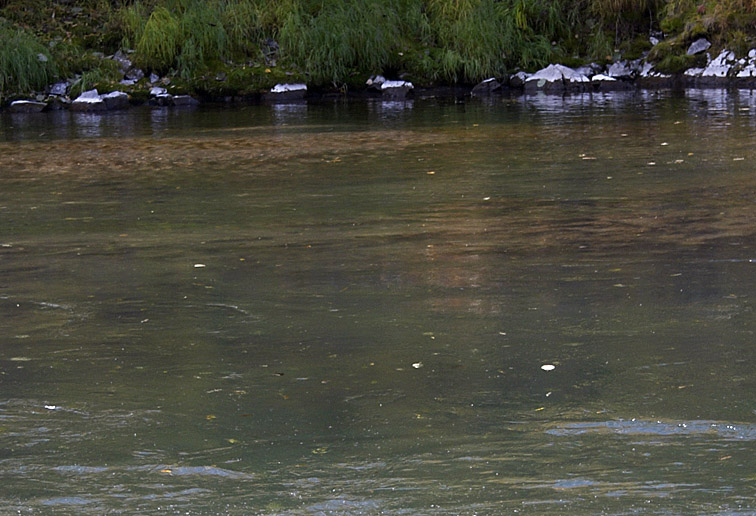 We were trying to fish, but dry and windy weather was causing huge amounts of dear leaves flowing downriver. Regardless to clear water, the fish was not biting in such a thick «soup». 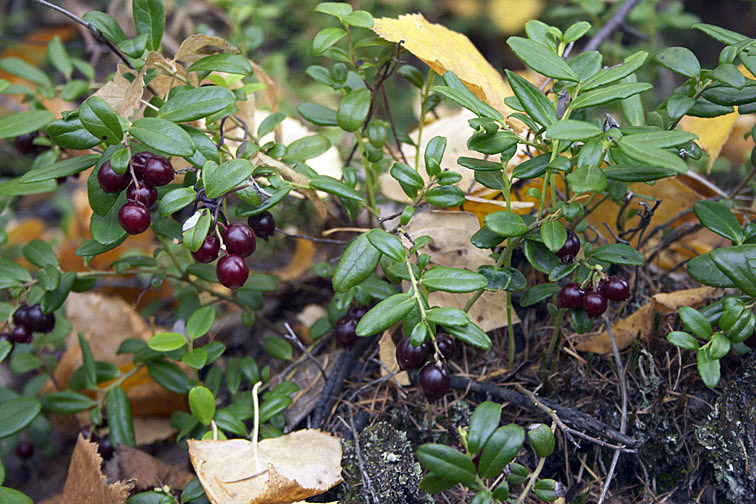 The only consolation for us were ripe, vinous mountain cranberries