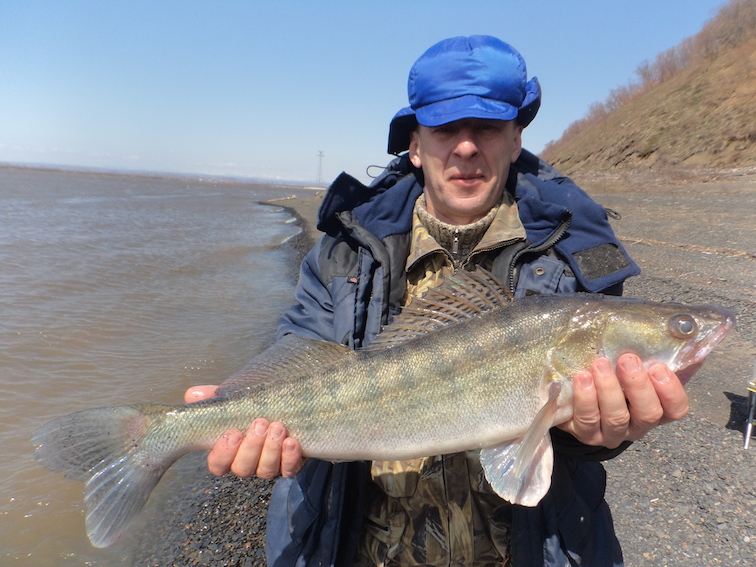 For the Amur residents, zander is a new fish that we still have to learn how to catch In fresh waters of the northern hemisphere there are 5 species of pikeperch. The native range of three of them is in Europe, and two live in North America. The largest, European pikeperch (zander) could reaches weight of 20 kilograms. In the USSR, the pike perch was stocked in the waters of Latvia and Karelia, in many lakes and reservoirs of southern Siberia and Central Asia. For instance, now it is populating the Ob River up to its mouth. In Europe, there are two other, smaller pikeperch species. The marine pikeperch lives in the northwestern part of the Black Sea, in the mouths of the Dnieper and Bug rivers; it reaches a length of 60 cm and a weight of no more than 2 kilograms. Bersh (Volga pikeperch) is also small in size. Usually this fish weighs less than a kilogram, occasionally reaching a weight of 3 kilograms. Bersh is the easiest to distinguish from the zander by the complete absence of canines. Bersh lives in the basins of large rivers in Eastern Europe - from the Volga to the Danube. In the Far East, zander appeared in the seventies of the 20th century - it was stocked in the huge Khanka Lake of the Amur basin. The population of zander in lake was growing slowly; it has taken 20 years to reach good density. Down the Sungach River flowing from Khanka Lake, the spiny predator has entered the Ussuri River, and later has reached the Amur. Currently, it is found at almost 2,000 kilometers of the Amur River - from the city of Blagoveshchensk to the mouth. 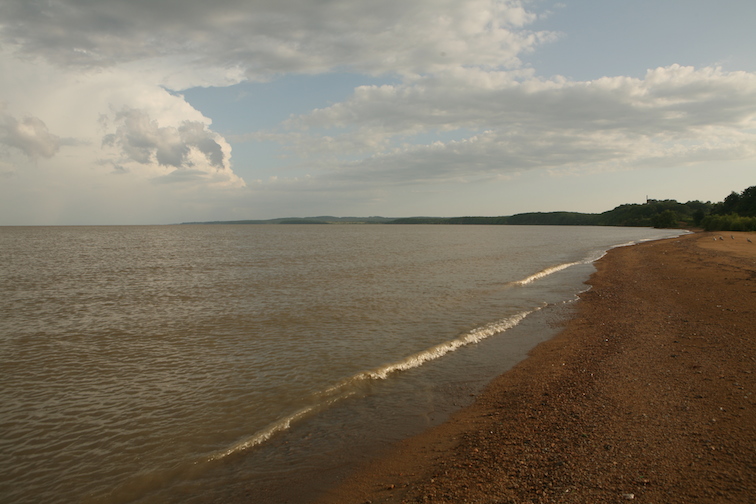 The first stock of pikeperch in the Far East appeared in the largest water body of the Amur basin - Lake Khanka
In North America there are 2 pikeperch species. The largest is walleye, which weighs up to 13 kg. Here also lives a smaller Canadian pike perch, sauger, which normally weighs not more than 500 g; record representative of the species was about 4 kg. Walleye is used in aquaculture in China, in the basin of the Sungari River - the largest tributary of the Amur River. From the Sungary this fish is populating the Amur drainage. 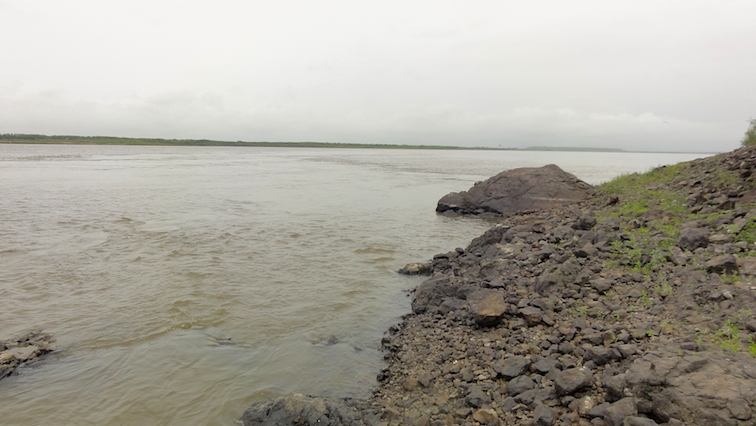 In the Amur, the pikeperch are most often caught in deep places along the rocky banks of the river The pikeperch was taking over the Amur drainage rather slowly. It began to appear in the main river in 1983, but its numbers for a long time remained low. The numbers have begun to grow only in the 21st century. Sometimes, in a shorter time, the "alien" fish that has found suitable habitats was populating the rivers larger than the Amur. Remember the Amur dwellers, silver carp and big-head carp, which have literally conquered the Mississippi River basin. The distribution of zander was slowed down by the peculiarities of the Amur River ecosystem, which was quite successfully resisting the introduction of strangers into it. 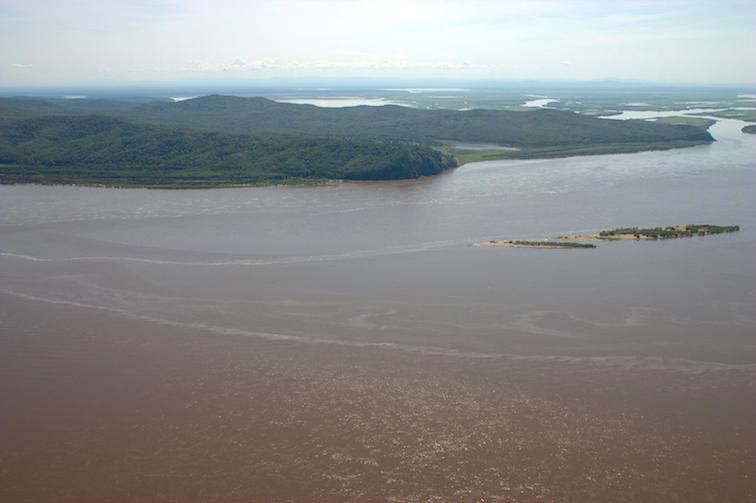 Having moved to the Amur, the pikeperch has got into a huge, murky river with a fast current Apparently, it is not easy to fit into an ecosystem where predators are so diverse, and where many "peaceful" species often also eat fish fry. It is also possible that one of the many and diverse inhabitants of the Amur successfully eats zander eggs - it can be any of our small fish, or freshwater shrimp. It is also possible that the zander does not like the quality of the water (in the Amur it is rather turbid).

In the Amur near the city of Khabarovsk at night the pikeperch feed on shallow gravel riffles   The zander’s demand for the oxygen content is at the level of gobio, chub, and burbot, and slightly higher than that of bream, yellow perch, or pike. I witnessed a walleye caught in the Amur was placed into a fish well, where there were already two skygazers. An hour later, the skygazers were alive and well, but the walleye has perished. In general, it is a rather “tender” and sensitive fish. 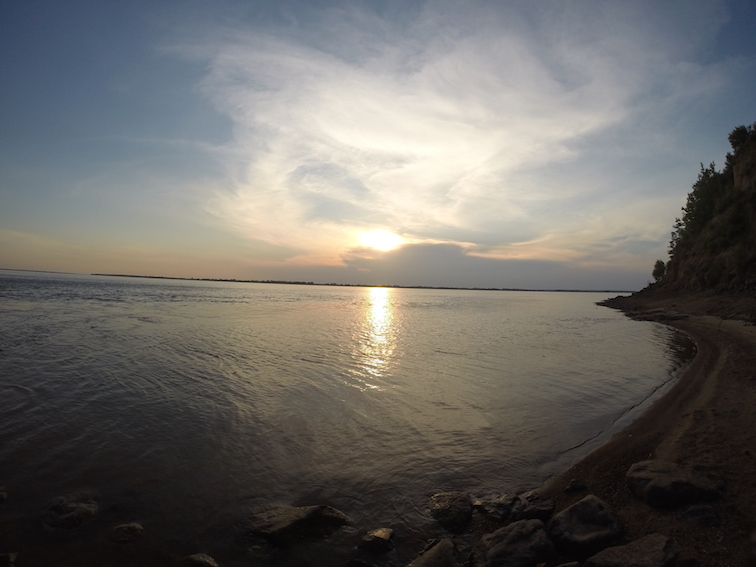 Both European and American species of pikeperch are now successfully colonising the huge Amur basin In the early years, when the pikeperch only began to spread across the Amur watershed, many local fishermen could not identify this fish; it was called the "mutant fish." I used to hear such stories: "We caught a mutant: a grey prickly fish with huge teeth and scales like sandpaper. The fish did not look edible and was thrown back into the river." 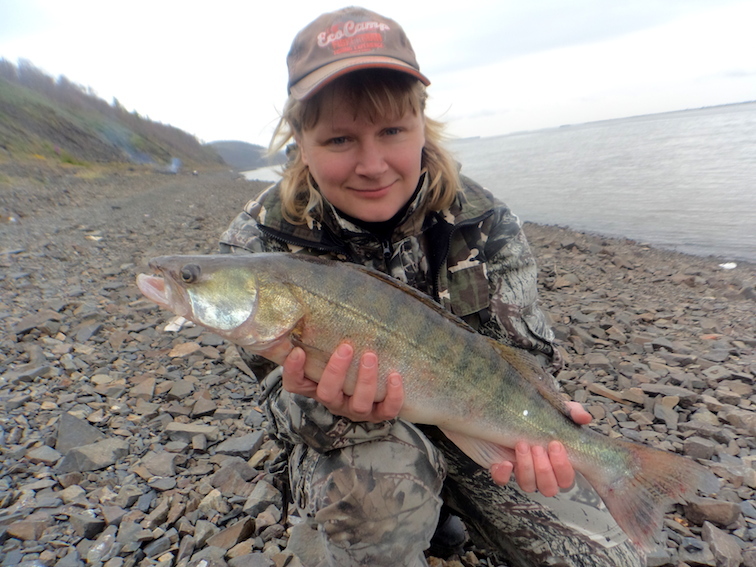 Near the Komsomolsk-on-Amur the pikeperch is caught by the fishermen more often than around Khabarovsk A sharp increase in the number of zander in the Lower Amur occurred immediately after the catastrophic 10-meters flood of the fall 2013. This high water has triggered significant changes in the entire ecosystem. So, in the summer of 2014 there were practically no black flies and mosquitoes in the floodplain of the Amur. In the autumn of the same year, the Amur pike has started to die out – it was an outbreak of the so-called pike plague; the numbers of this predator have decreased tens of times. Next came the turn of the numerous small fish, the sawbelly. This tiny silver fish in the Amur River plays the role of a bleak in Europe – it is important food source for the local predators. In the years 2015-16 this species has almost disappeared. This has probably caused sharp decrease in the numbers of the most common predator - skygazer. It is unclear whether this was a coincidence, but in the same years the numbers of the zander have drastically increased. It is possible that the species managed to take advantage of the low numbers of the main Amur predators - skygazer and pike. That day I was fishing from a boat near the mouth of the Amgun River – the large left tributary of the Amur River. I was catching mostly skygazers, and at sunset I’ve had a bite of a pike perch. It was not zander, but a walleye with typical white tips of the caudal fin! Therefore, this species has also settled the entire Lower Amur. Now in the Amur the European zander predominates, but the walleye also does well in the new home and reproduces successfully. I do not know other water bodies, where these two "large" species of pike perch live together. It is unclear what their relationships will be. When the numbers of both species will increase, the fierce competition is inevitable. The outcome of this struggle can not be predicted. Only time will tell whether two species of pike perch can live together in the same river, or one of them will "win". 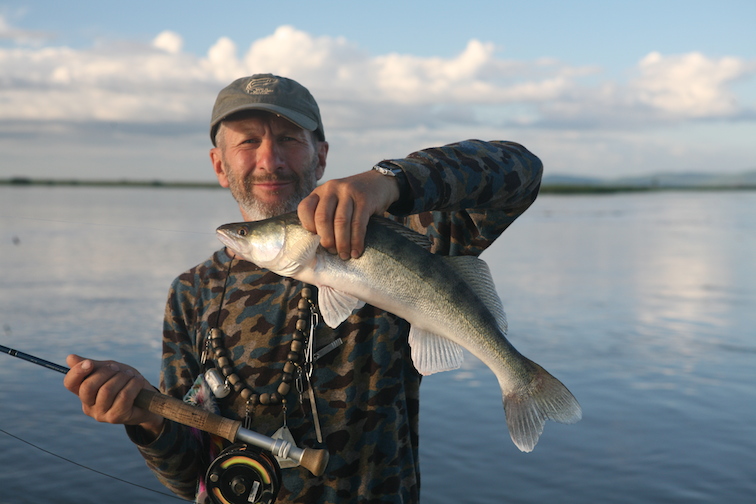 This walleye was caught near the mouth of the Amgun river, 140 km from the mouth of the Amur river. The tackle: two-handed rod, sinking line, and wobbler fly of white color. Authors of the photos: Alexander Kandaley, Alexey Petrov, Mikhail Skopets.