In January 2013 My friend Arthur Miskevich and I had made a trip to the Bureya reservoir. In Siberia any big reservoir is traditionally called «sea». The weather was cold, around −40C at night and −30C at the day time. The fishing was not good, but we had learned a lot. Besides that, it is always fun to visit this water — it is somehow recharging you with new energy. 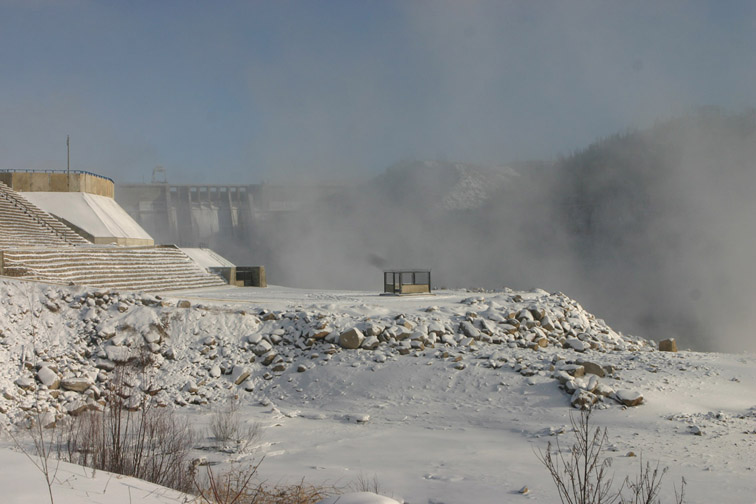 The dam of the reservoir constructed near the Talakan village 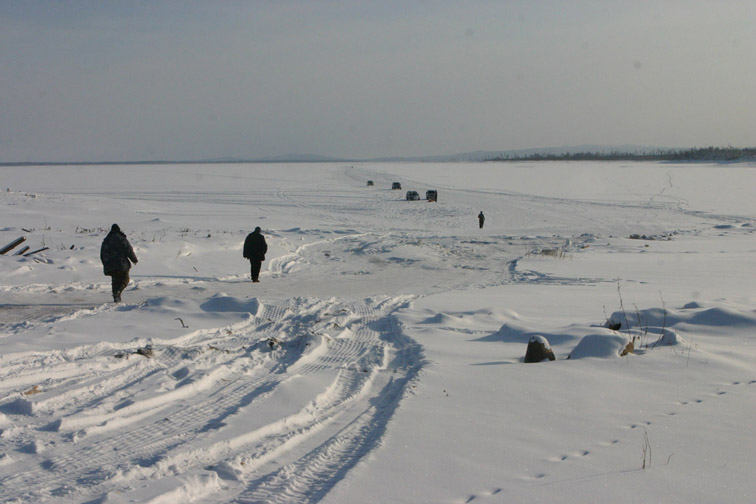 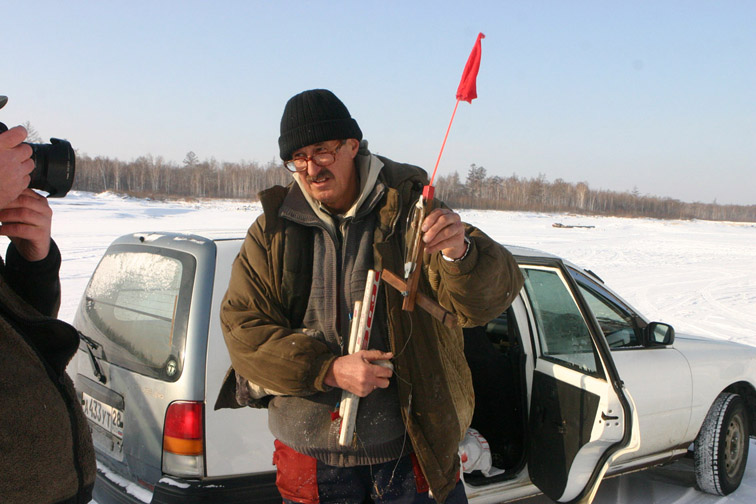 *A local fisherman is showing us a special tackle with three big treble hooks used to catch big pikes. The tackle is normally baited with a little pike (about a pound or bigger or similar size live burbot. * 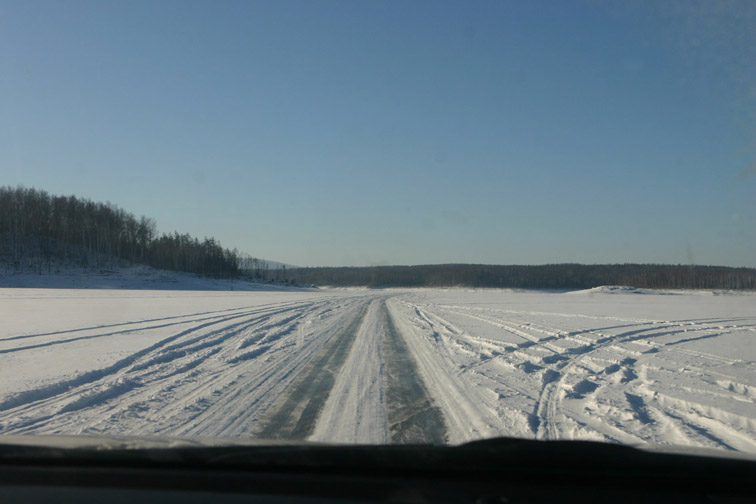 This year there is not much snow, so the road is very good. It is possible to drive it as fast as one dares. 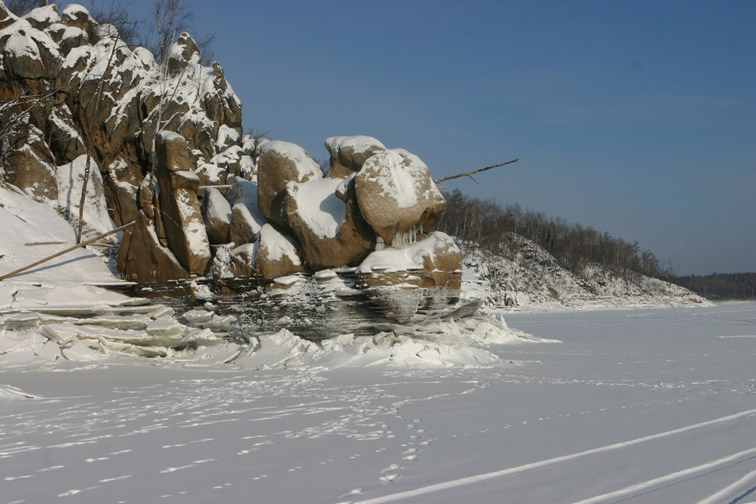 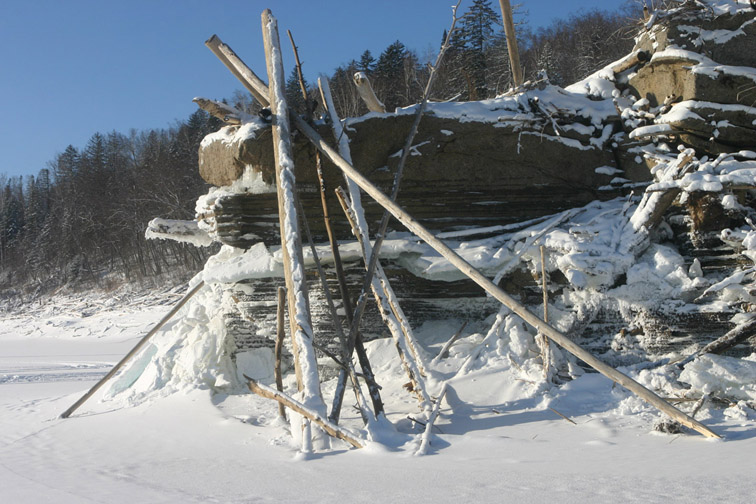 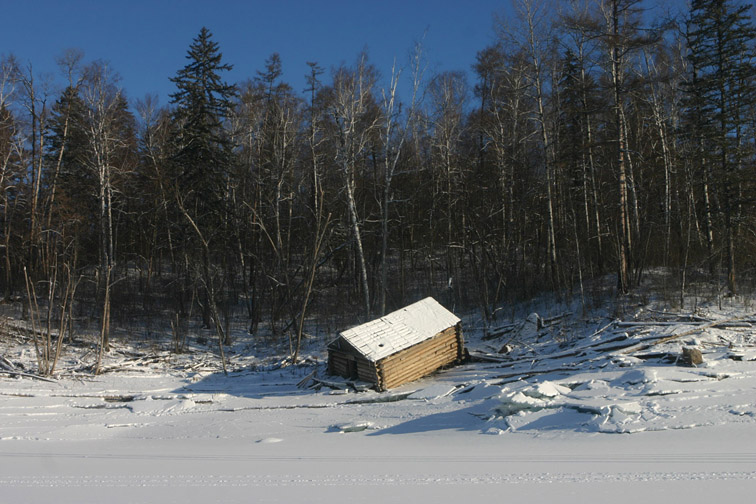 This house used to stand at the bank of the Bureya River. Presently it is floating in the reservoir in summers, and in winter the water sets it at the bank – every year to a new spot. 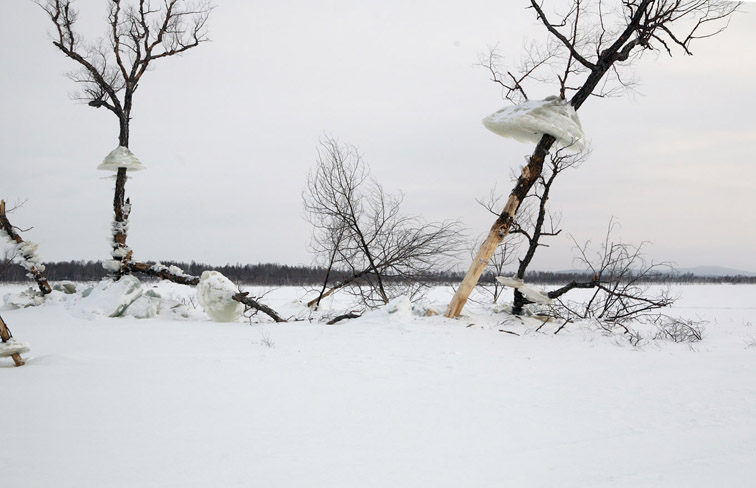 These ice mushrooms are grooving at the flooded trees every winter 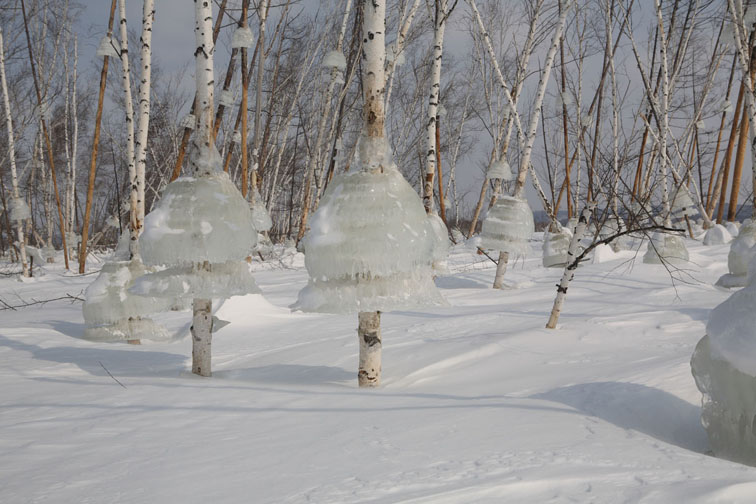 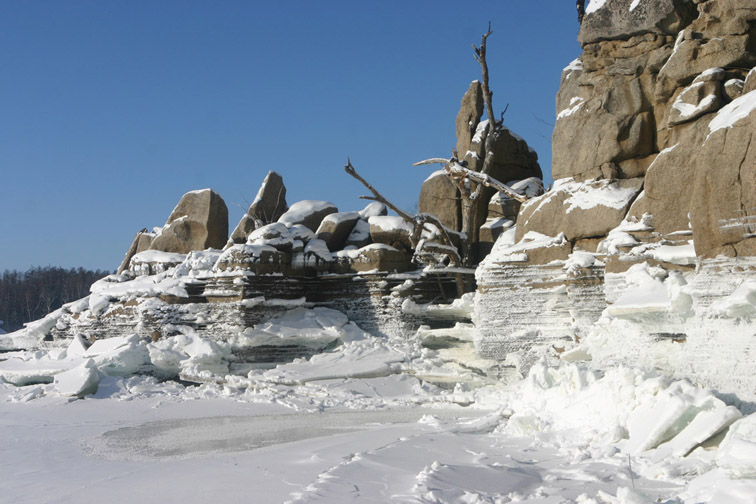 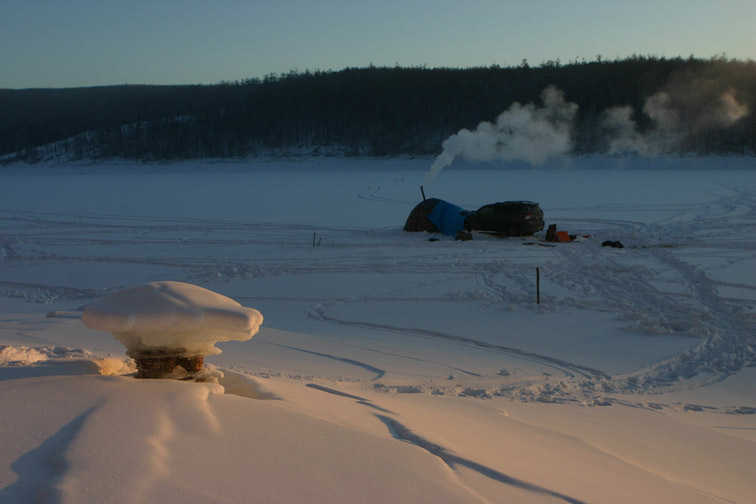 Our first camp was in the tributary, Melgin River, 120 km from the reservoir dam 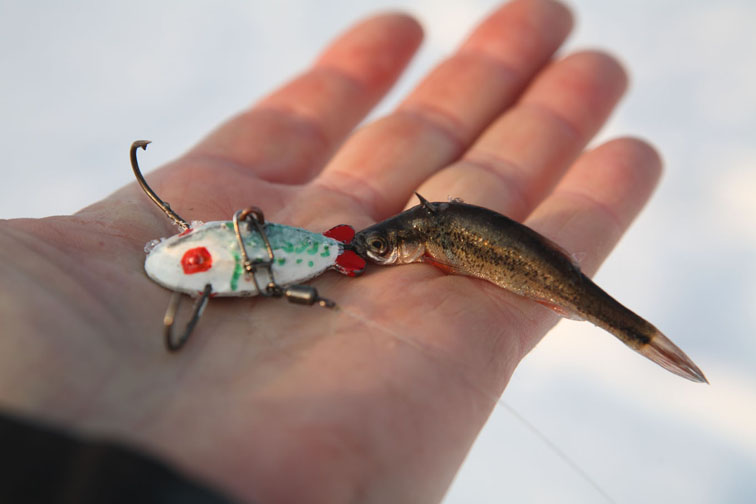 A common lure for the local pike is a “crab” made of lead, baited with a minnow 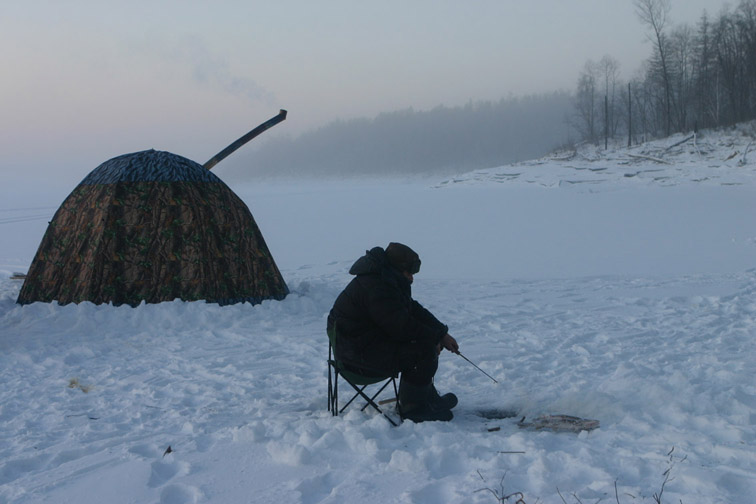 In the morning it is even colder than it was at night – about -40 degrees. The fishing is nor great – only little pikes are biting. 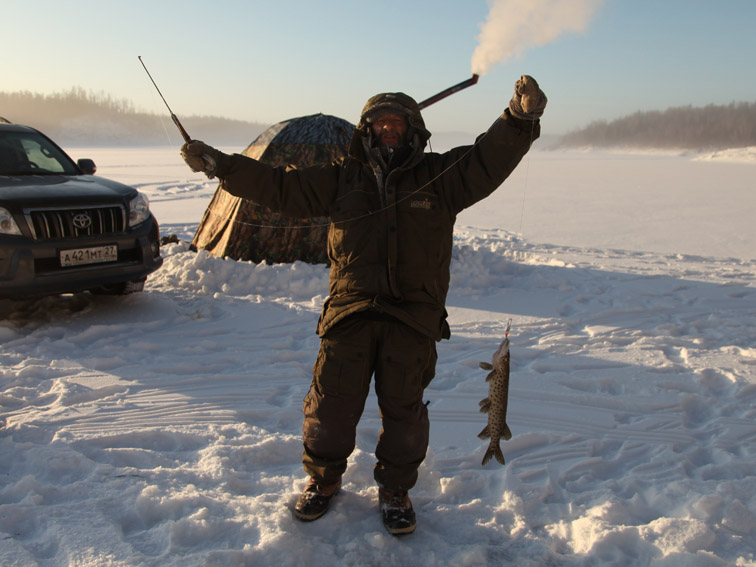 We were not able to catch any pike bigger than this 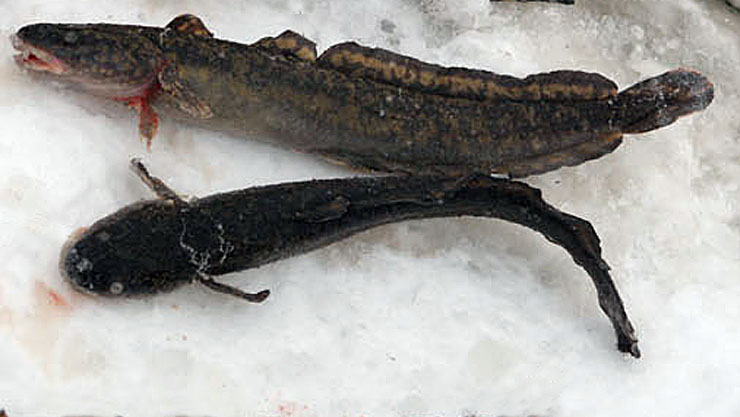 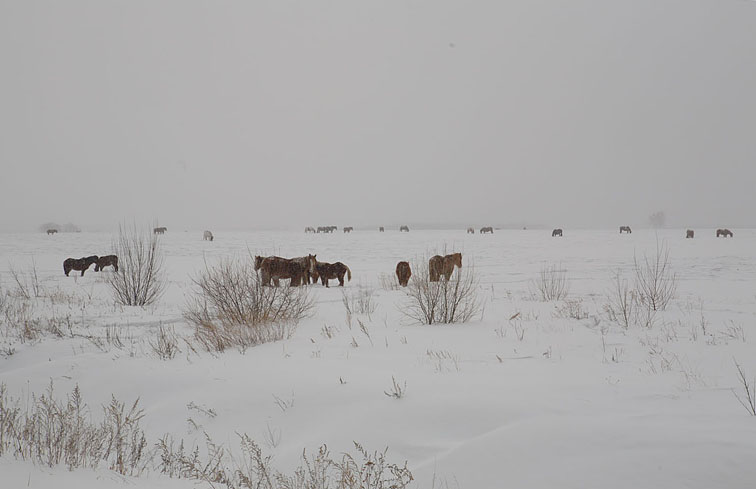 The horses in the snow along the road – the pictutre looks like in Mongolia..