There are many rivers named Bystraya (swift) in Kamchatka. This particular Bystraya River is the main source of the Bolshaya River, flowing into the Sea of Okhotsk. The river is 275 km long; it is rated 3 because of a series of the falls in its lower part, downstream from the Malki village. It took us over two hours to get here by car from Petropavlovsk-Kamchatski. 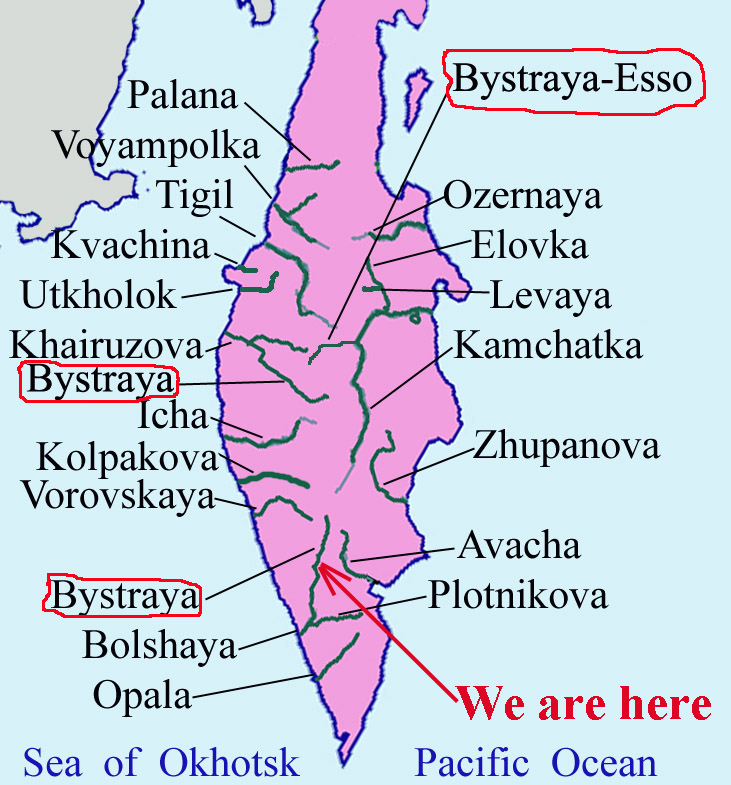 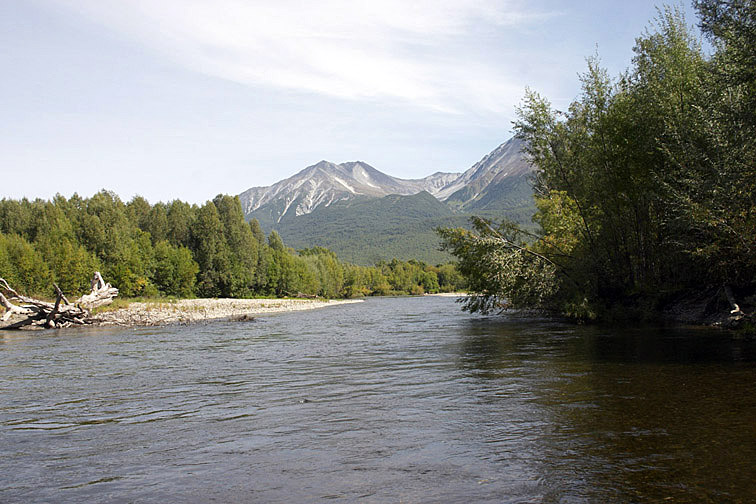 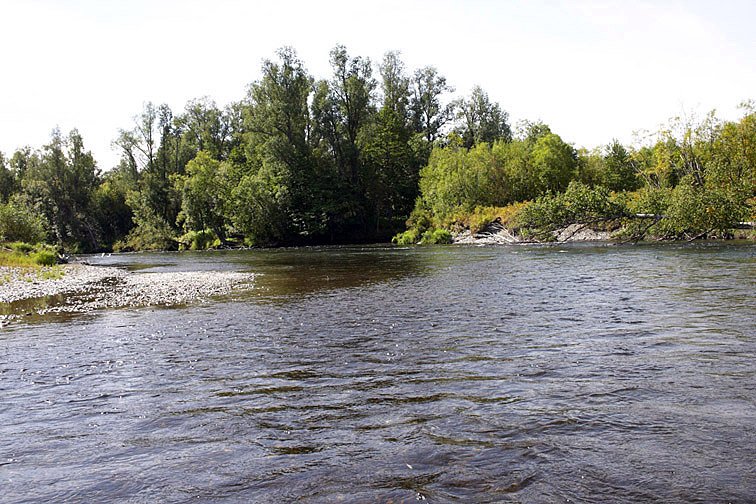 The river is easily reached by car; it is popular among the fishermen of the peninsula. I was fishing the river with my friends, all flyfishermen. We were lucky with the water level and transparency. 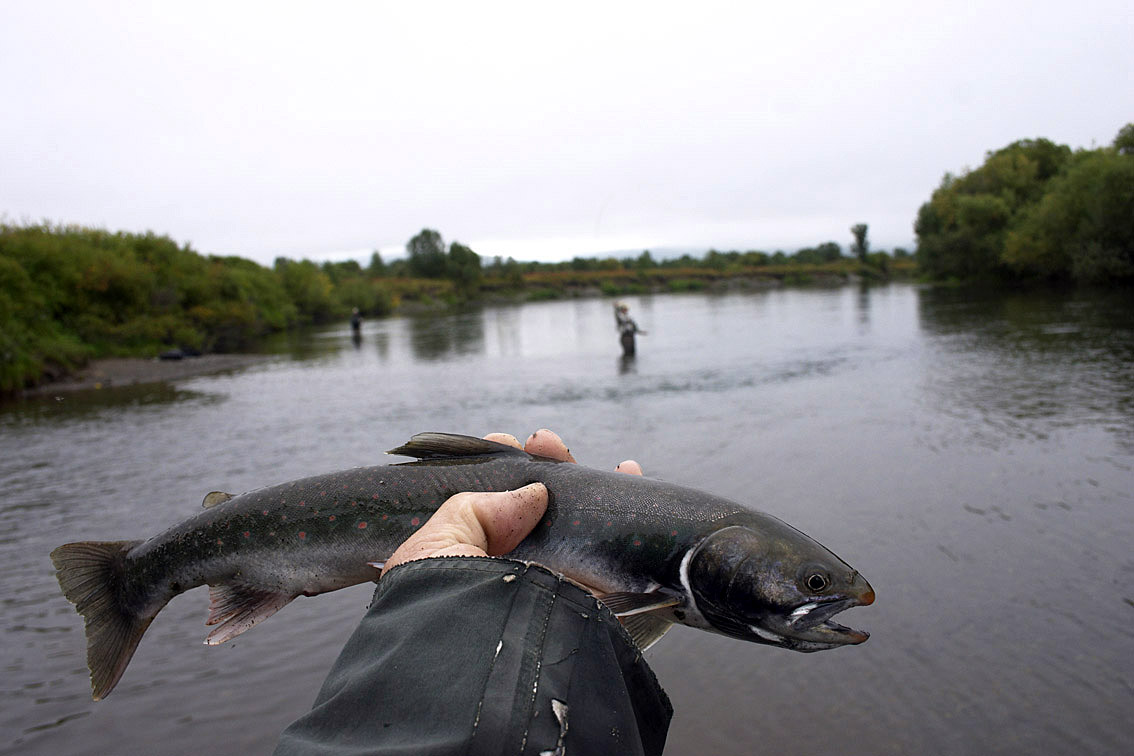 The first fish was a spent female of Dolly Varden char in full spawning colors. We were surprised that some charrs were already spawning — normally the species is reproducing in much colder water, in the end of September. 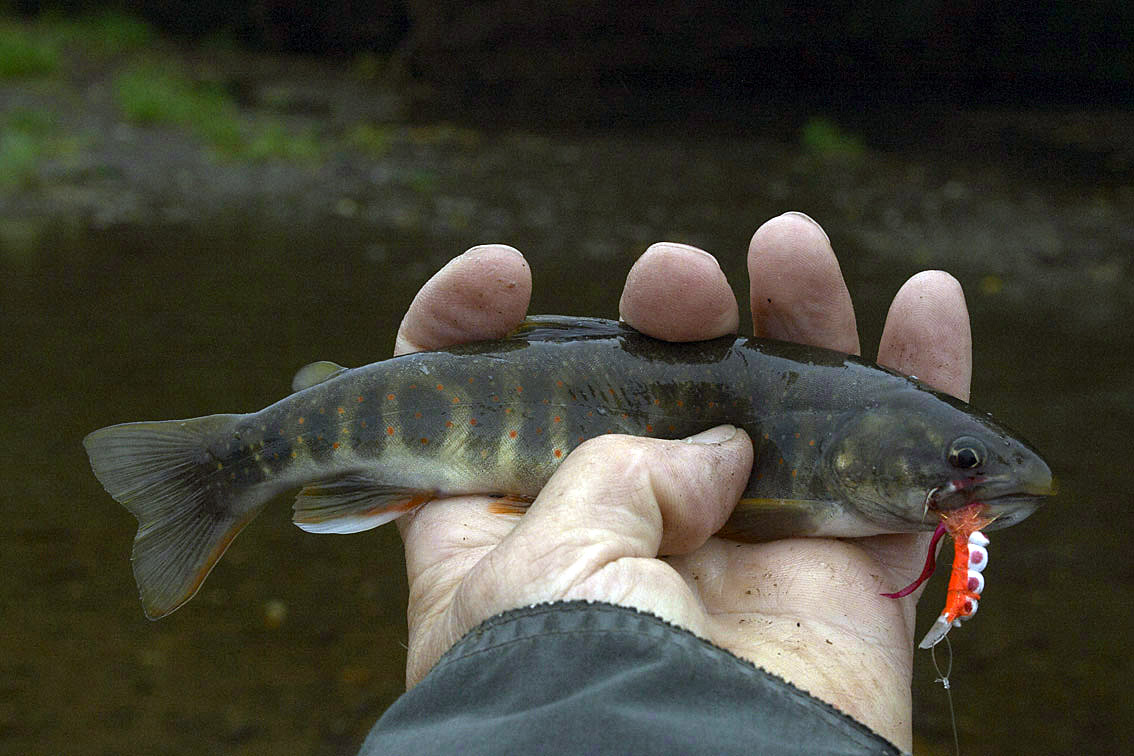 The next bite was at a strong current of a rocky chute — it was a dwarf male of Dolly Varden char. 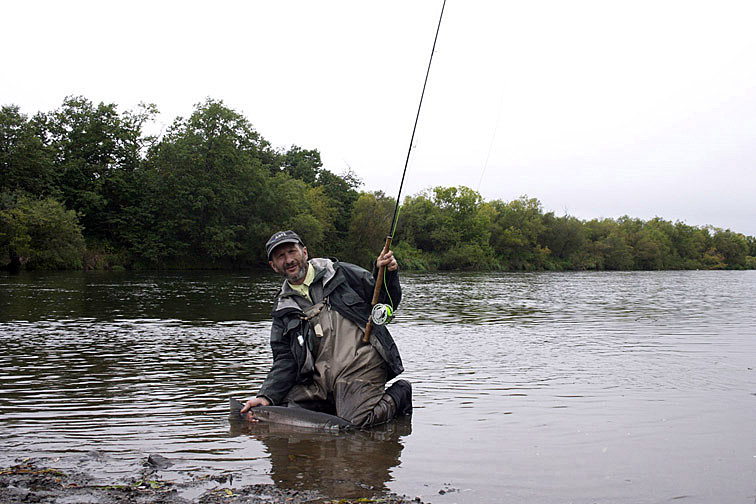 The next bite was from something bigger. Slow current in the pool made it possible to land this silver coho female with no difficulty. 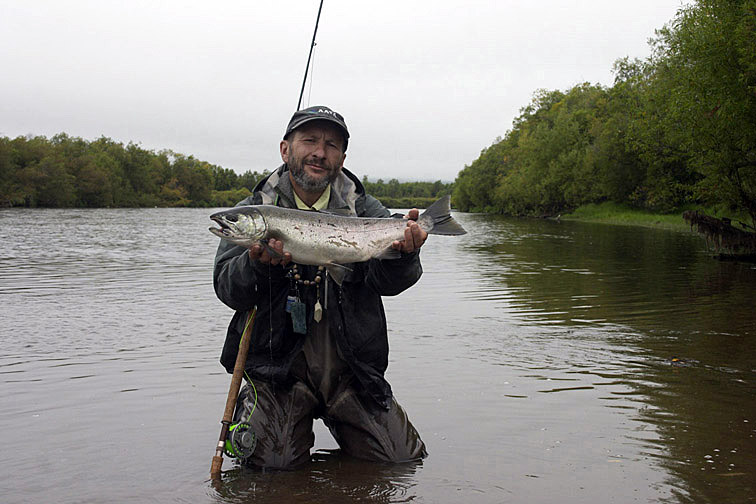 I was fishing with a tiny (3 cm long with a tail) silver-and-purple wobbler fly, 3x tippet, and 3-4 wt rod. 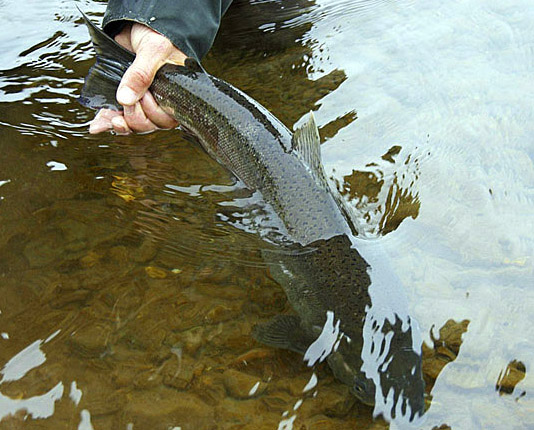 The fish was not tired and went home with ease. 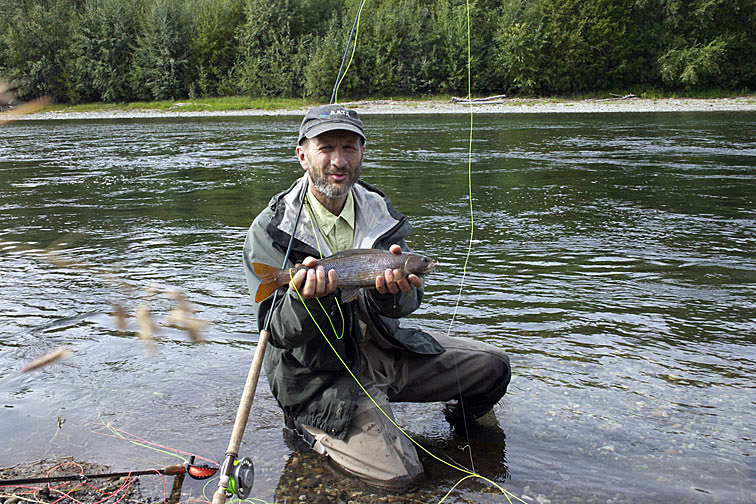 We had moved to a different place and found some surface activity near the steep bank of a pool. My first fish was nice size grayling. 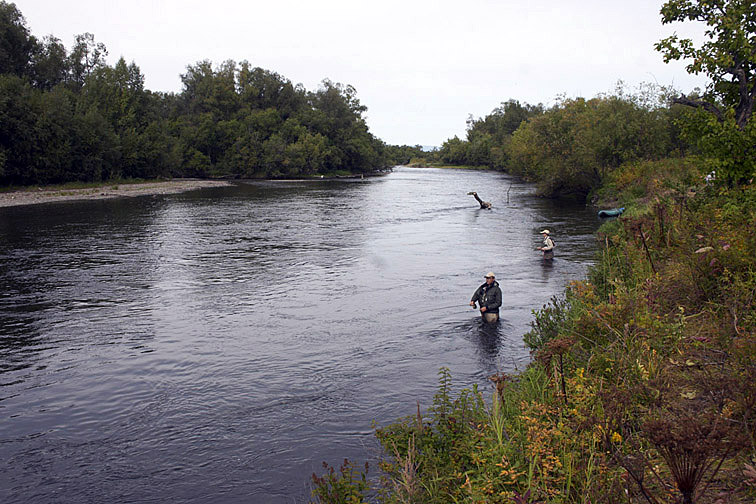 There was no room for backcasting, so we had to remember how to speycast 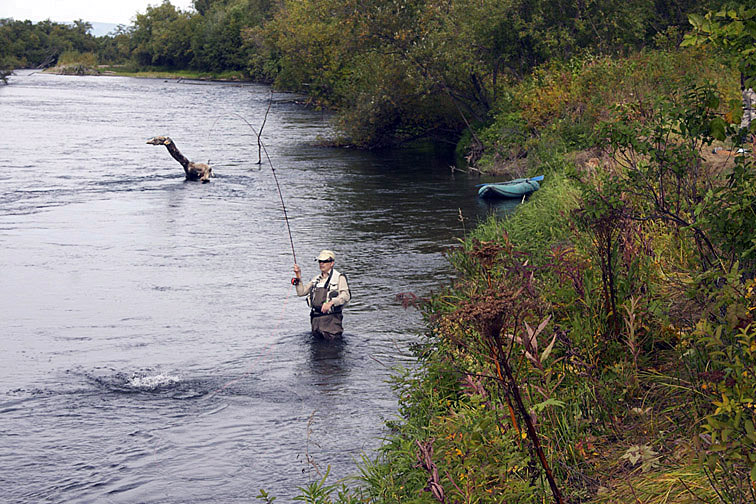 At about noon the surface activity had disappeared, and we had started to fish with nymphs. Here you see that my friend Arkady had hooked another Dolly Varden char. It is interesting: in this new place most of the chars were silver, fresh from the sea, and in the former one (20 km downstream) we were catching mostly dark and skinny, spent fish. 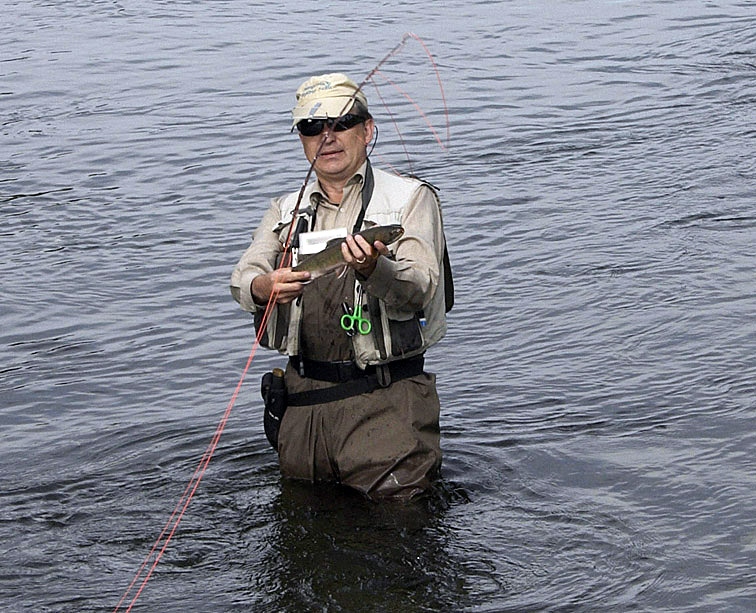 Arkady holds a char landed with a nymph