Huge side channel of the Amur River, Pemzenskaya, is a shortcut of a big loop which the Amur is making near Khabarovsk. In  the channel was fast growing and becoming bigger and deeper every year. There was a threat that Pemzenskaya will become the main channel of the Amur, so the river will go away from the city and its river ports. 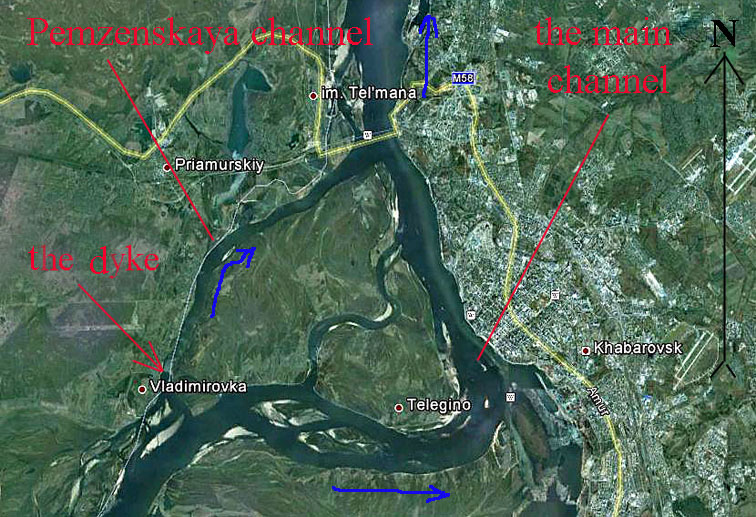 The Google Earth image of the Amur River near Khabarovsk

A new dyke was constructed out of big rocks at the upper part of the Pemzenskaya channel. This had created an unusual, mountainous type habitat at the river flowing through a huge plain. 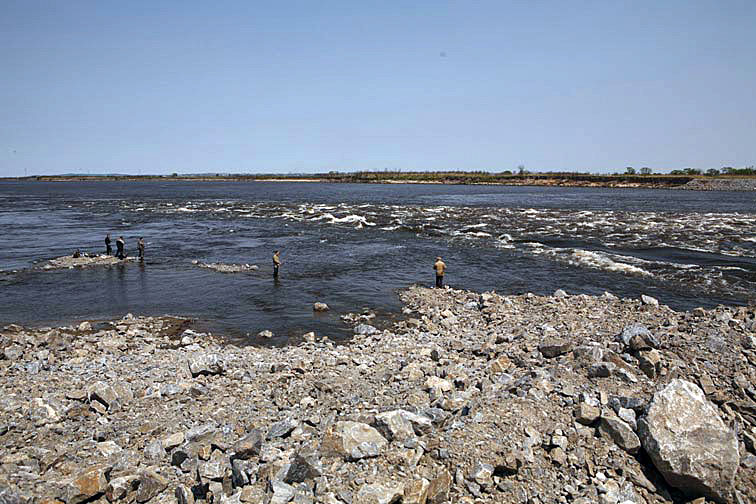 After a day spent near the roaring water a fisherman has buzzing in his ears — as if he was fishing for salmon near big falls. 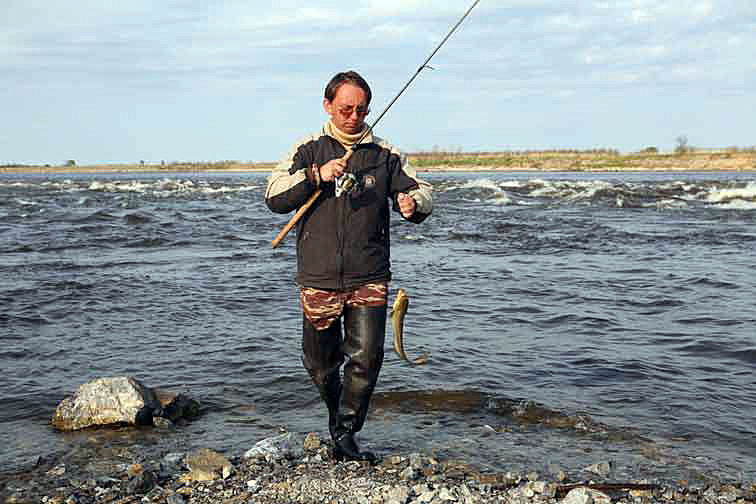 Amur catfish (Parasilurus asotus) is normally small. Many fishermen use spinning rods with a heavy spoon or sinker at the tip of the rig and primitive wet flies as droppers. 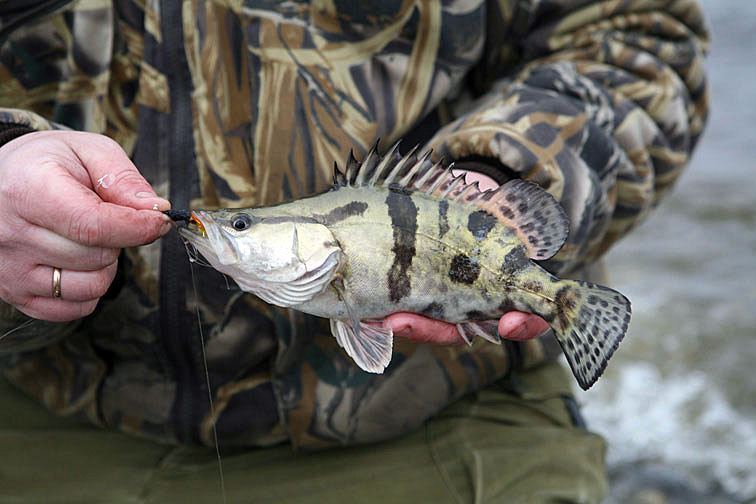 With this tackle you can catch many species of fish, including Mandarin bass (Chinese perch). Its scientific name is Siniperca chuatsi; it is the only freshwater rockfish (Sebastidae). 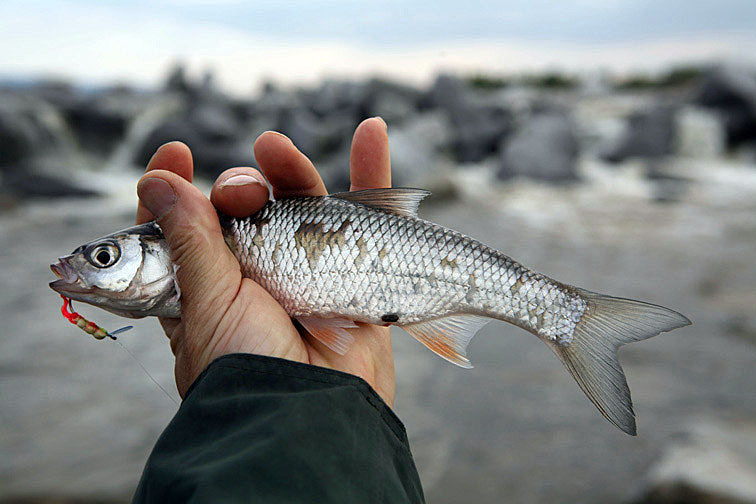 Amur ide is among those carps which often eat small fish. It was caught with a tiny wobbler-fly on a flyrod. 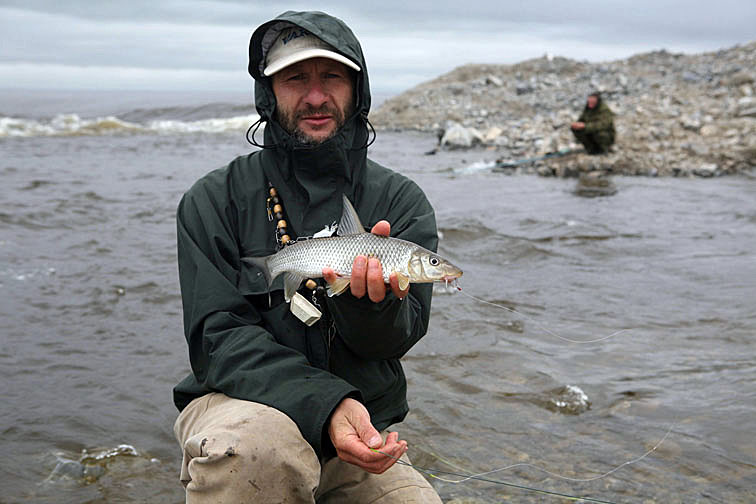 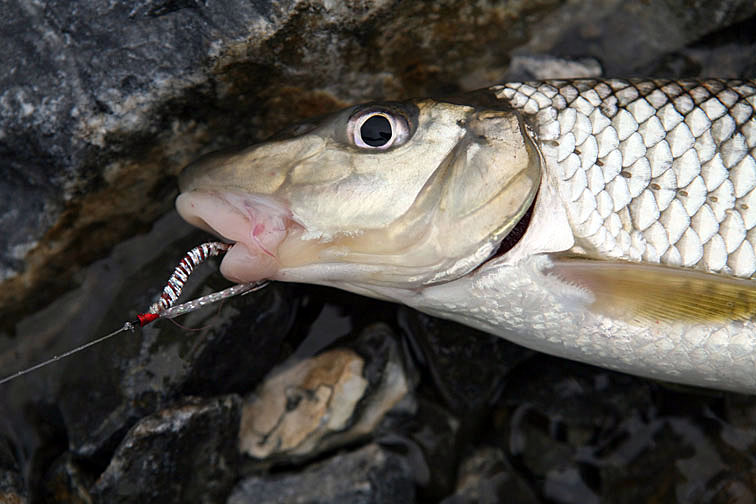 The head of skin-carp is horse-like. 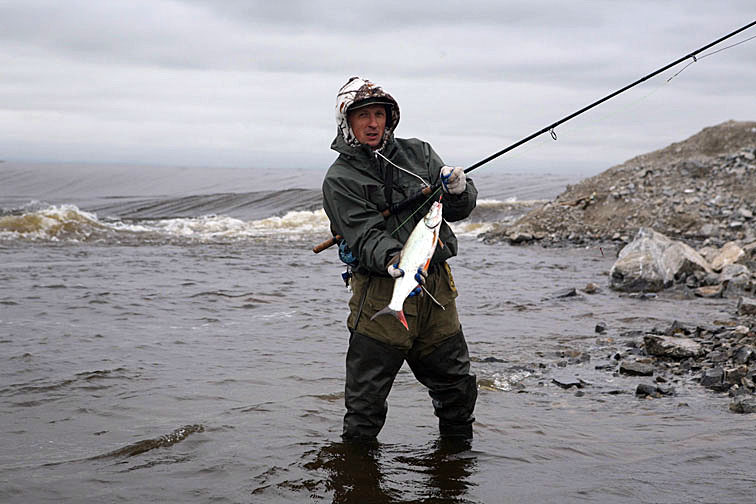 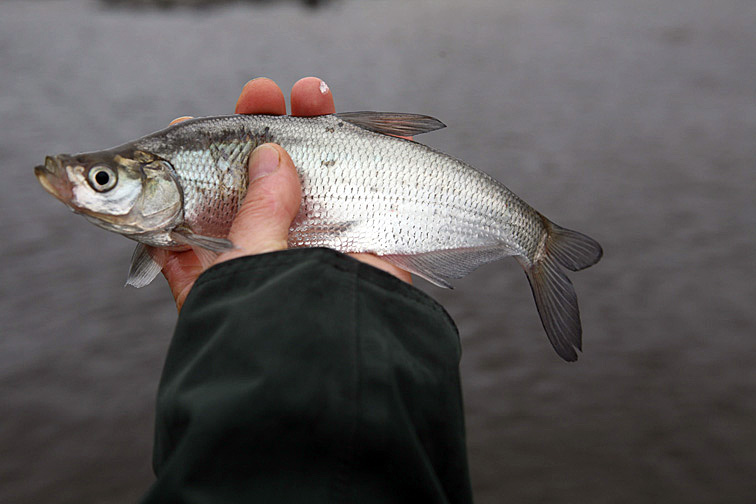 Lookup (Culter alburnus) is one of predators which are numerous around the dyke in spring. 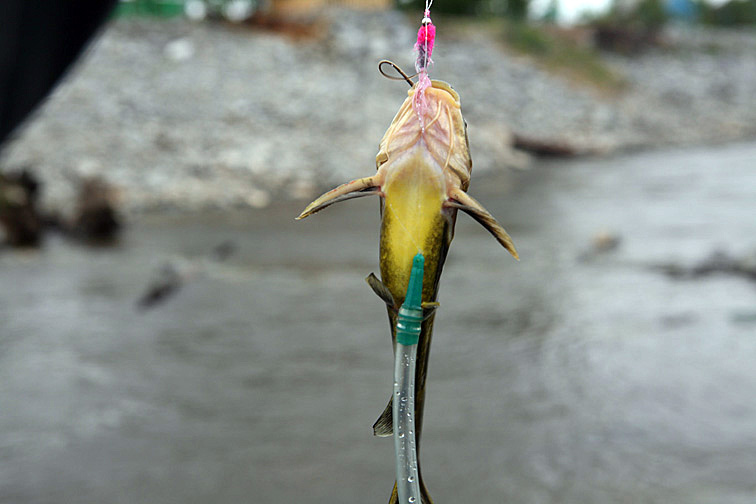